Have you ever had white barbecue sauce? In the South most people will tell you once you’ve had this version, you won’t want to go back to the red-style again. White Barbecue Sauce is creamy with a mildly spicy kick and makes a great dipping sauce as well as a baste for grilled chicken. 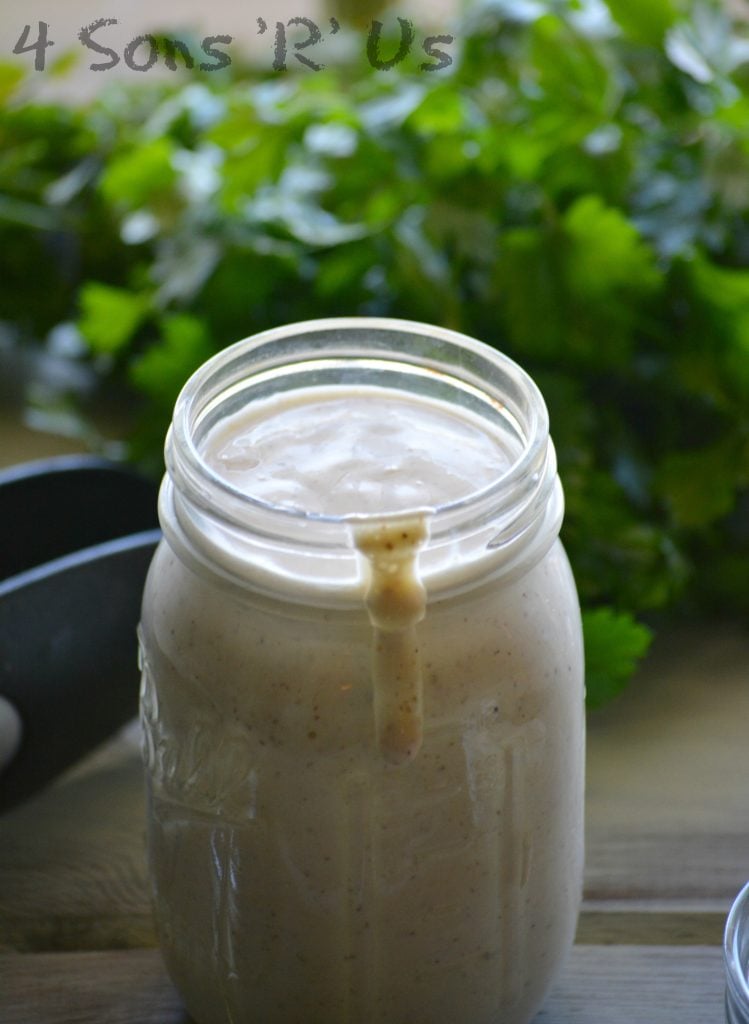 Whew! Fourth of July weekend– always a whirlwind of good friends and a multitude of backyard barbecues. Virtually everyone’s menu consists of one or more of the grilled staples.

Some sort of barbecue, burgers & dogs, kebabs, etc. Our menu was no exception– except we did decide to bring something a bit different to this year’s party.

In addition to nam prik shrimp kebabs, burgers and dogs, we also went with barbecued chicken. I’m sure when I say that you immediately think of the familiar reddish-brown sauce most of us are used to.

However, we decided to throw a curve ball and opted for a white-based version this year. And it got rave reviews- from both the kids and the adults. 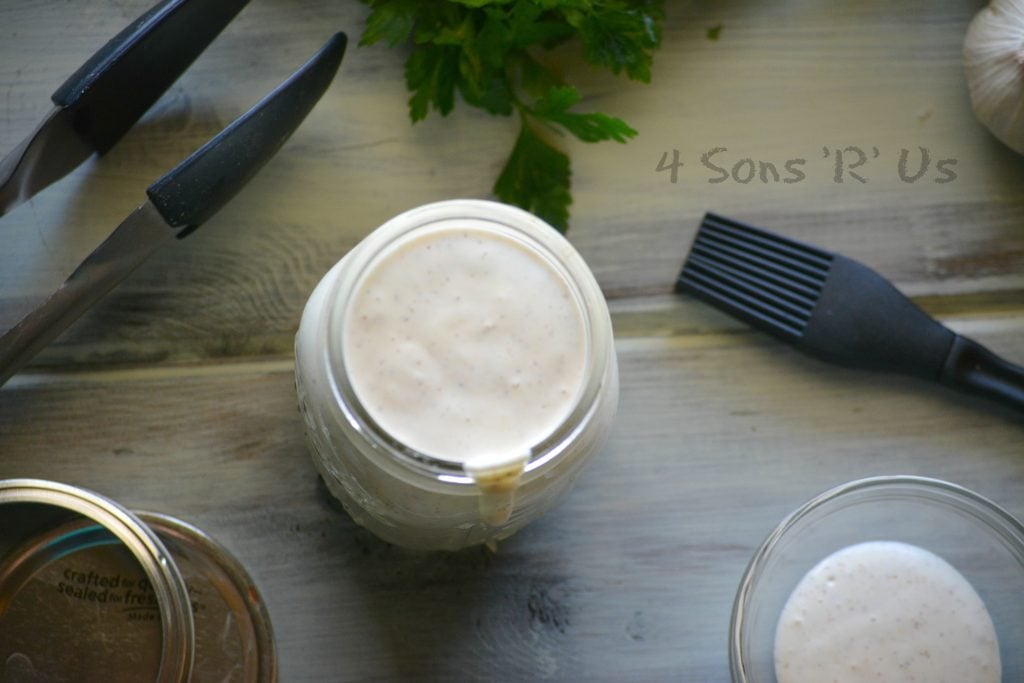 It even works as a marinade for breasts, tenderloins, even wings. It tenderizes the meat like no other, all while infusing it with flavor.

The kids even like swapping it out for traditional barbecue as a dipping sauce for their nuggets. I’ve seen them dip their fries in it too, even caught them chip-dipping it a time or two. 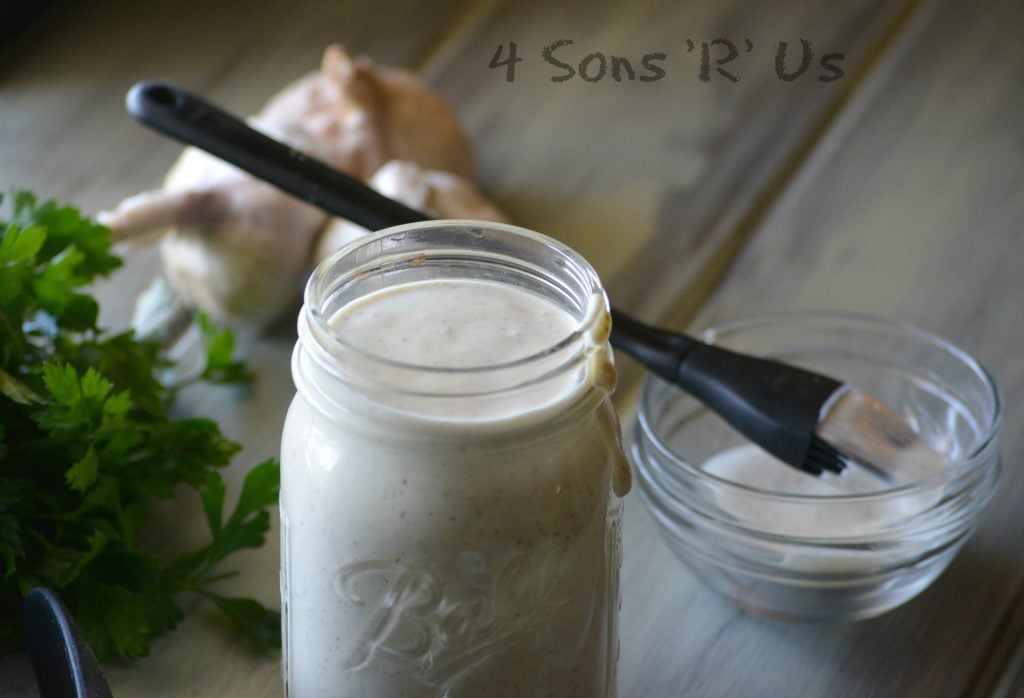 Don’t be afraid to change things up. Especially in this case, change is a deliciously good thing.

This creamy mayonnaise-based sauce is versatile– able to be used in lou of your regular barbecue sauce in almost any application. It’s zesty, tangy, offering a hint of spice and a mild kick that’re highly addictive.

It’s quick and easy to throw together and sure to become a new favorite, and a refrigerator staple.

Store any extra in an airtight tupper ware or sealed mason jar. This will keep for up to a week.