Didn’t think a classic potato salad could ever get better? This creamy Loaded Baked Potato Salad features off your favorite classic ‘loaded’ toppings, like crisp bacon, tangy cheddar, and flavorful green onions (even sour cream!), mixed right in. A hot oven staple gets a make over just in time for barbecuing season, and picnic tables all over. 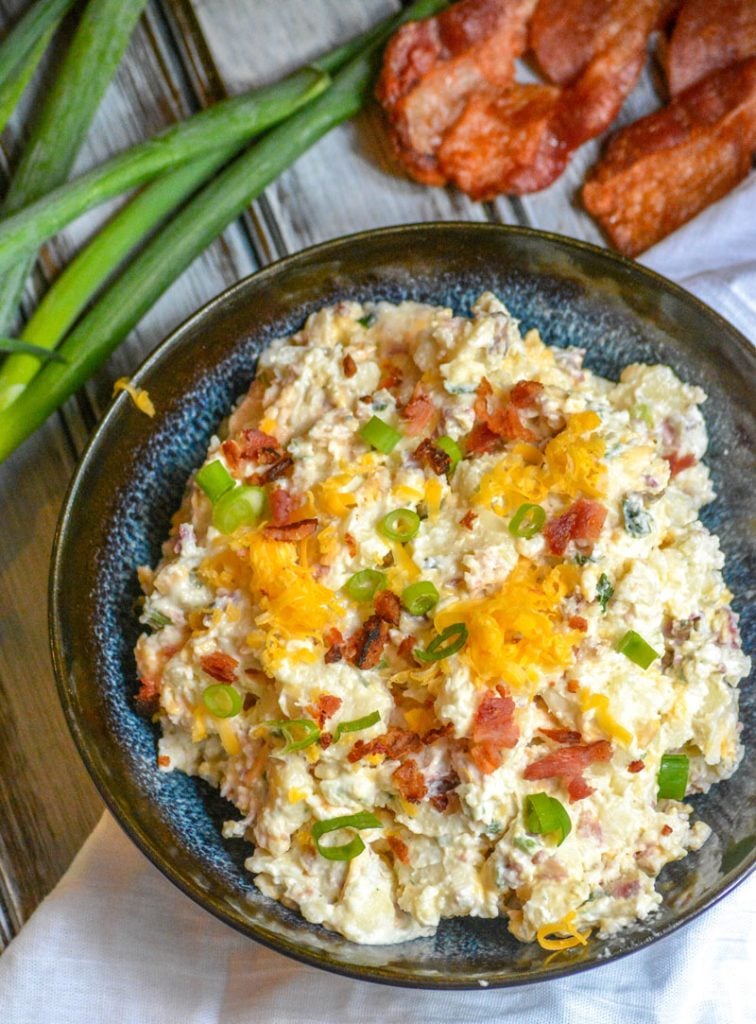 I discovered this potato salad last summer, when I was searching for an alternative to my go-to mustard based recipe.

I had been assigned to bring it as a dish, and I just wanted something a little different.

Most likely due to the fact that I’d already been to two cookouts in the last 24 hours and didn’t want to eat the exact same thing again. 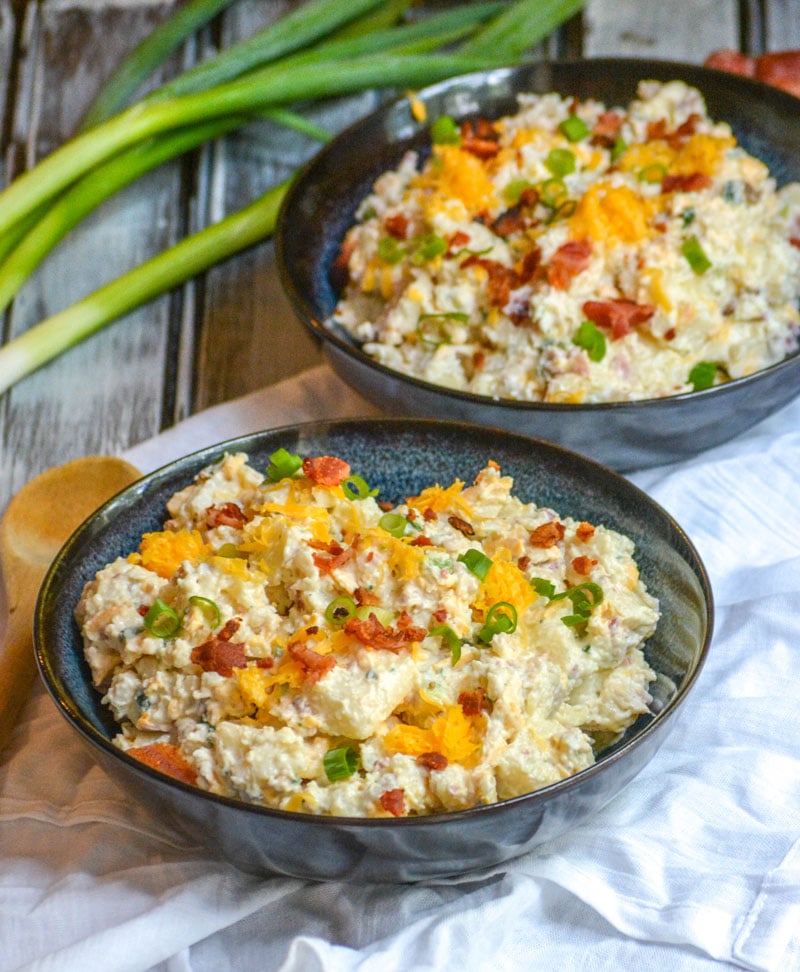 I was a bit shocked, and saddened, to discover that there is such a thing as too much potato salad.

I couldn’t have asked for more from this version. 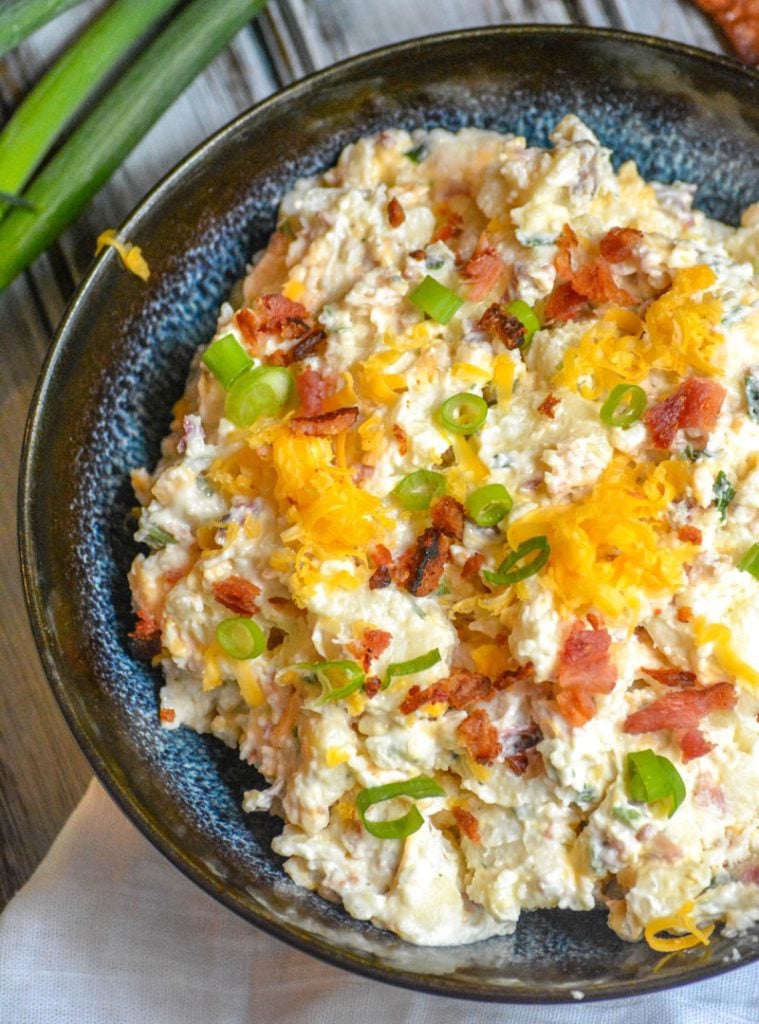 Although the recipe makes enough for roughly 4-6 people, depending on serving size, the ingredients easily doubled to make enough for a larger party.

I was equally pleased to see that not only did my family love it, but so did everyone else. Who said change was a bad thing?

Now, as you get ready to host or attend, a cookout (or cookouts) in the coming weeks of Summer, give this Loaded Baked Potato Salad side a try. 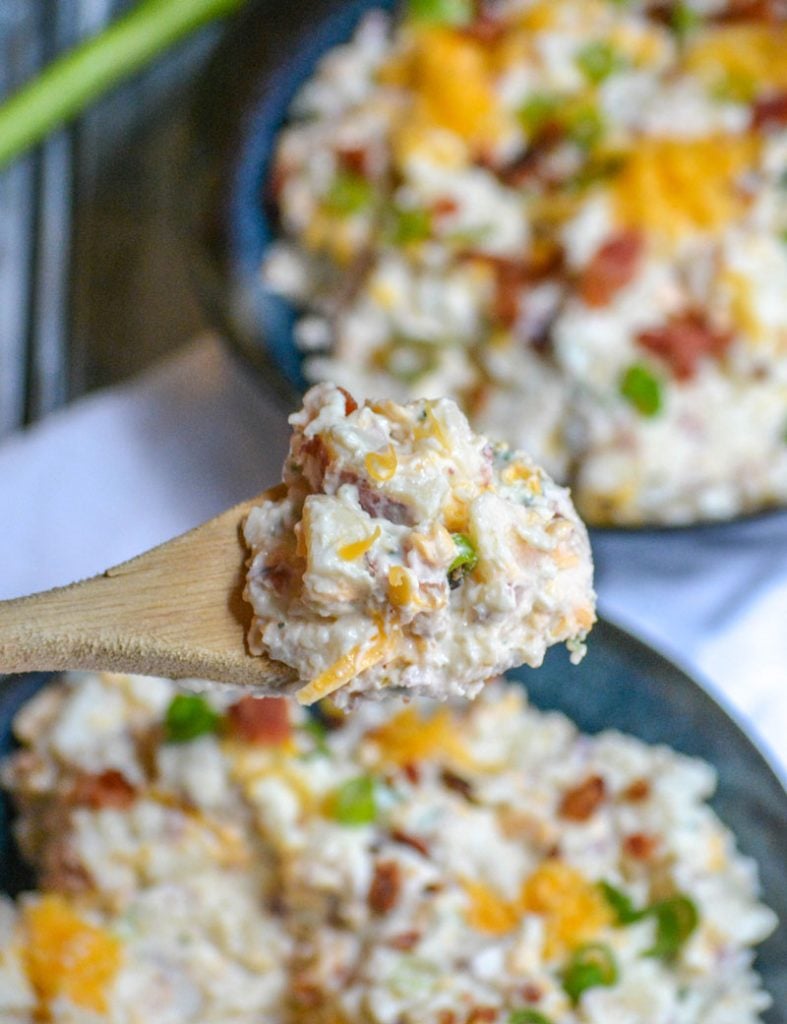 That’s where the similarities end here, however. First, we prepare the delectable ‘mixture’ ahead of time. For this recipe, you want it good and chilled before ready to use.

Mayonnaise and sour cream are whisked together until smooth. Use a large mixing bowl to avoid extra dishes you’ll have to wash later!

Equal amounts of thinly sliced green onions and shredded cheddar are stirred into the mix next. Cover it, and refrigerate until plenty chilled and ready to use.

Peeled & cut russet potatoes are placed in a pot, just covered with water, and brought to a boil. Continue boiling the potatoes until they’re fork tender.

This usually takes anywhere from 15-20 minutes. Make sure to begin checking at the 15 minute mark though so they don’t turn to mush.

Get the ‘loaded’ mayo mix out of the fridge, add the strained & completely cooled potatoes to the bowl. Stir just until everything’s coated. Stir, folding in 3/4’s of the crisp, crumbled bacon bits.

Transfer the mixture to a serving dish, topping with the remaining bacon and extra green onion. You can even top with more shredded cheddar, if desired. For best results though, shred your own and skip the pre-shredded stuff. 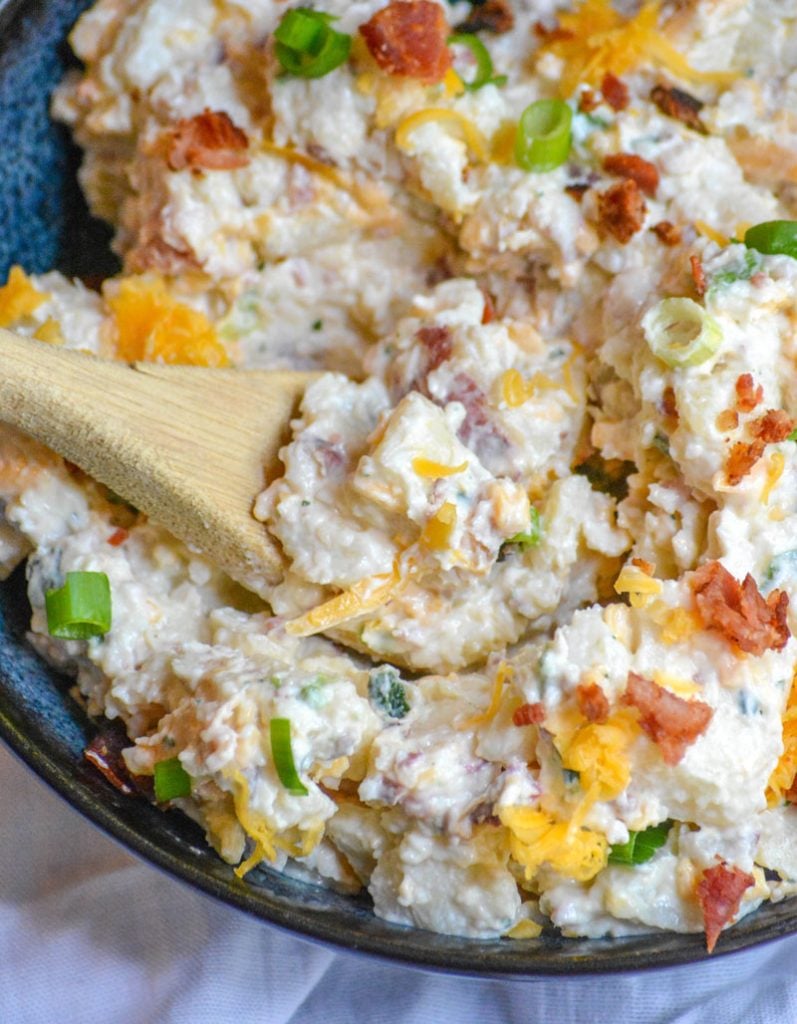 It’s a rich, creamy potato salad with all the tastes and textures of an actual loaded baked potato. This Loaded Baked Potato Salad recipe is sure to be a hit at your next soiree, and I assure you that you will be asked for the recipe. Repeatedly.

If you’ve tried this LOADED BAKED POTATO SALAD, or any other recipe on the site, let me know in the comment section how it turned out, we love hearing from our readers! You can also follow along with me on PINTEREST, FACEBOOK, and INSTAGRAM to see more amazing recipes and whatever else we’ve got going on! 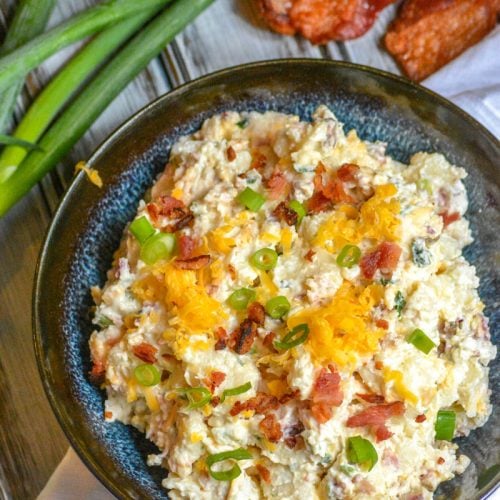 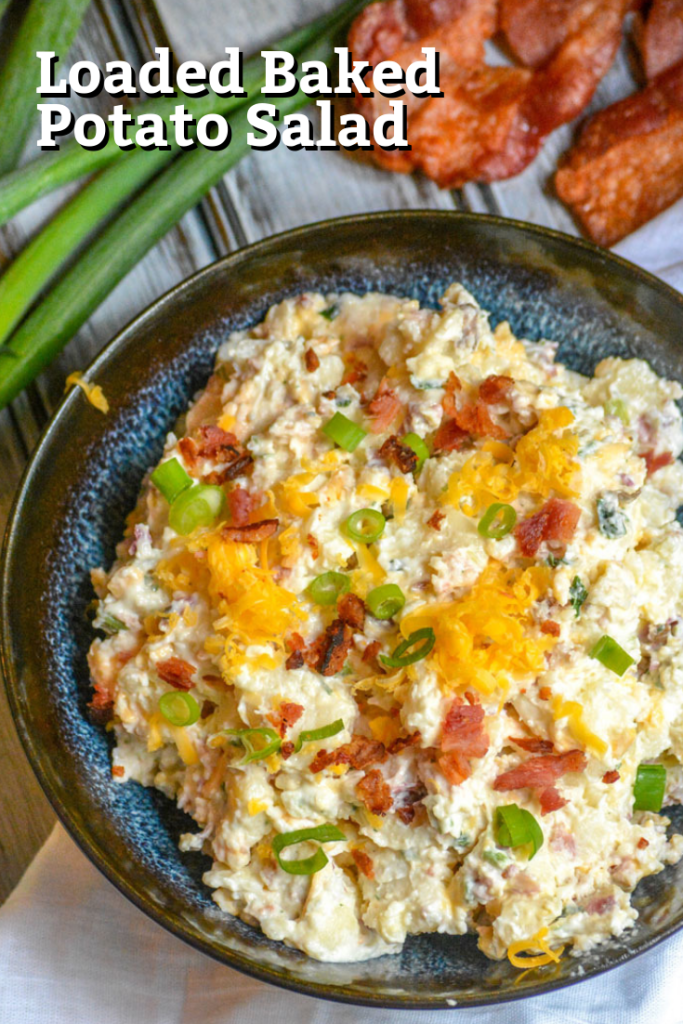