We’re always on the hunt for the next great chicken salad recipe. This Curry Chicken Salad with Red Grapes & Pecans is a tasty new spin on the traditional lunchtime sandwich staple. A creamy curry dressing, slightly sweet, a bit of crunch, and chunks of rotisserie chicken combine into an easy, low carb meal. 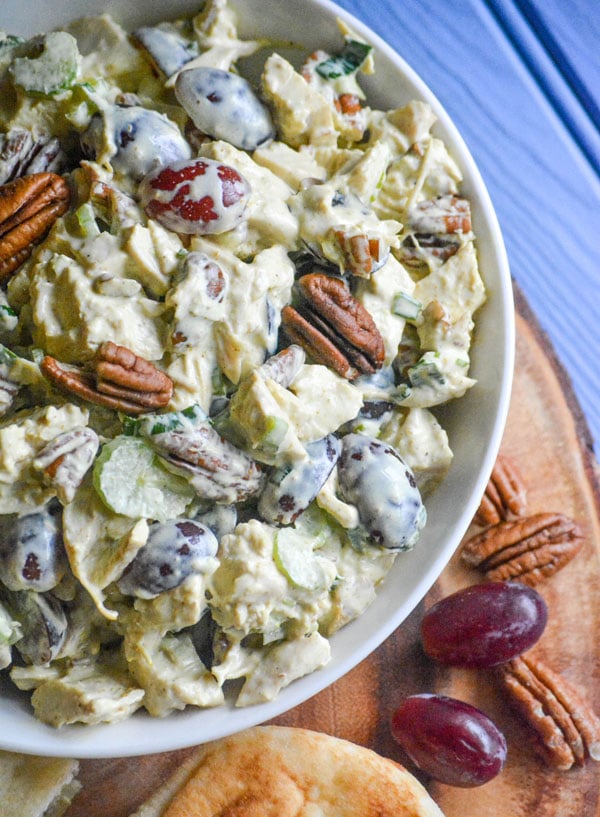 When the sons were little we had names for the akward, awful age groups. Names I probalby shouldn’t repeat here.

Think terrbile twos, but those weren’t the worst ages/stages for us. The 3’s & 4’s were a sliding scale of struggles. 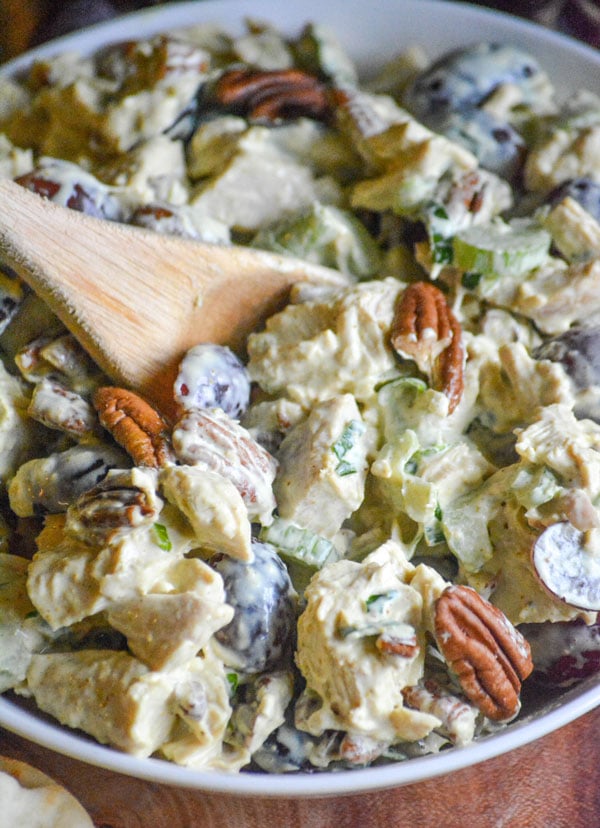 Seriously, it was one mini battle vs another. It was never-ending. I did not think a person who came packaged in such a small body would or could give me such a damn run for my money, y’all!

And yet he did. 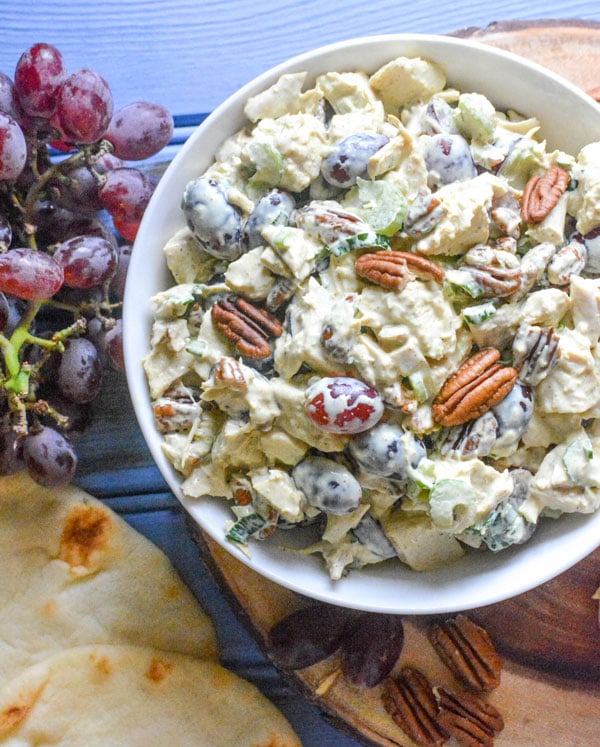 This kid, specifically the youngest son, would not eat chicken. Not a bite. Not even the smallest piece. It was an epic battle of wills, with a new performance going live every night at the family supper table.

I could cut it up to the point it was barely visible, drown it in sauce and still-like a pig sniffing out truffles- he would find it and either refuse the dish completely or suck everything remotely delicious off it and spit it back out.

It was the most frustrating situation, and I couldn’t even be but so mad. Because that level of stubborn? My poor boy came by 100 % honestly, and he’d gotten a double dose. 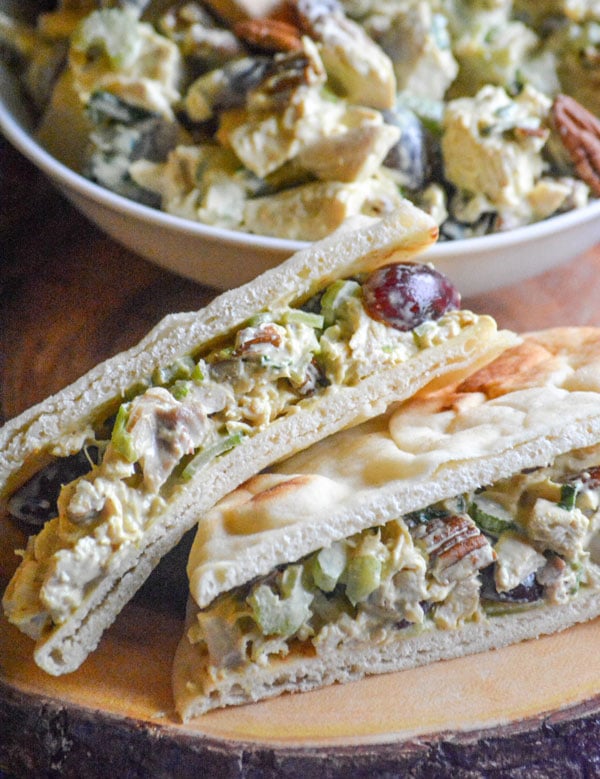 I’m not sure what exactly changed for him. I couldn’t even pin point the moment it began to change. Luckily though, by around his 3rd birthday he’d begun to at least become curious enough to try poultry dishes. It was still 50/50 on if he’d actually like, let alone ingest them, but it was a start.

Thankfully now, just shy of 8 1/2 years old, the youngest son is far less picky and will tell you himself that chicken is one of his favorites. I am pretty sure he doesn’t really believe us either when we remind him of his former loathing of the stuff. 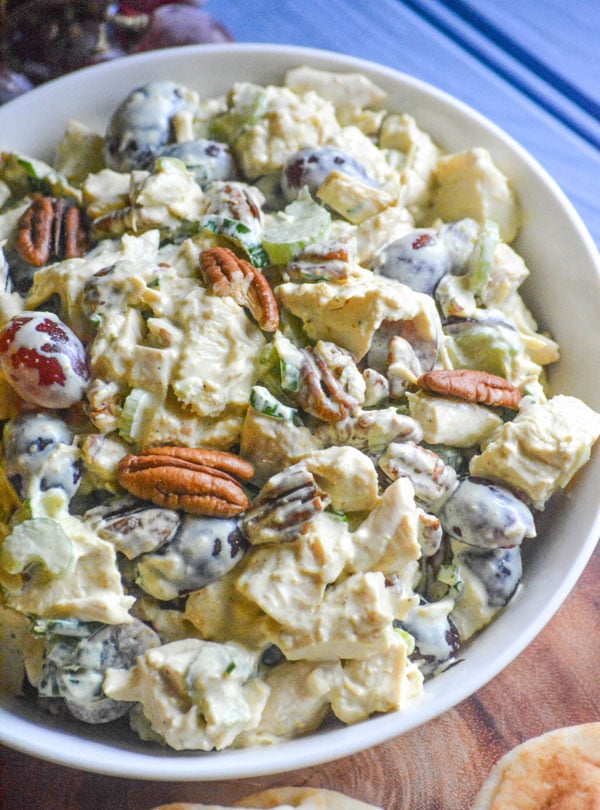 He’s even branched out far enough that he likes fruit with his chicken. Even foreign flavors and exotic spices, like in this Curry Chicken Salad with Red Grapes & Pecans.

I’ve made it at least once a week in the past month to have on hand for lunches, snacks, or even quick/easy/fuss-free dinners. Everyone’s asked for more when its gone, even the youngest son. In fact, he’s asked loudest of all. 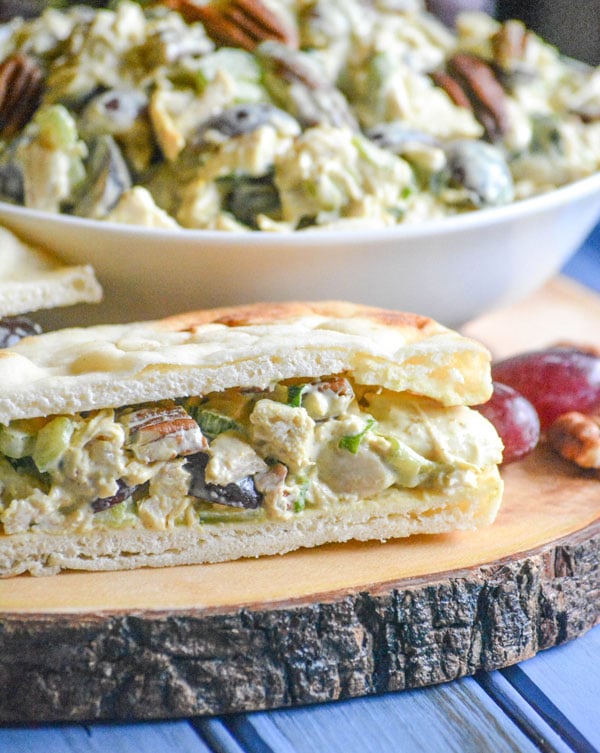 Served on fluffy pieces of naan bread, Curry Chicken Salad with Red Grapes & Pecans makes a healthy sandwich for lunch or dinner and will be an instant hit at potlucks, barbecues, and parties. 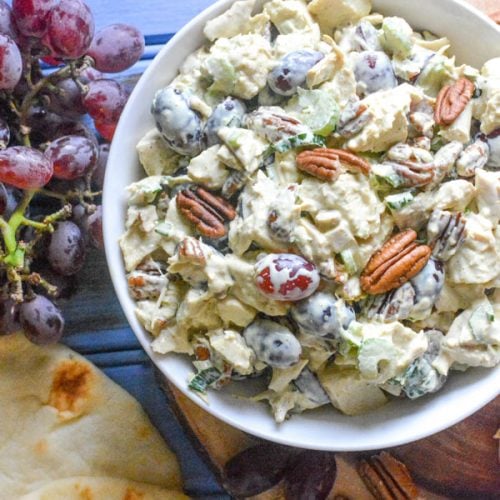 A creamy curried chicken salad with a delightful nutty crunch and pieces of sweet fruit.
No ratings yet
Print Pin Rate
Author: Meaghan @ 4 Sons R Us

For The Chicken Salad

For The Curry Dressing 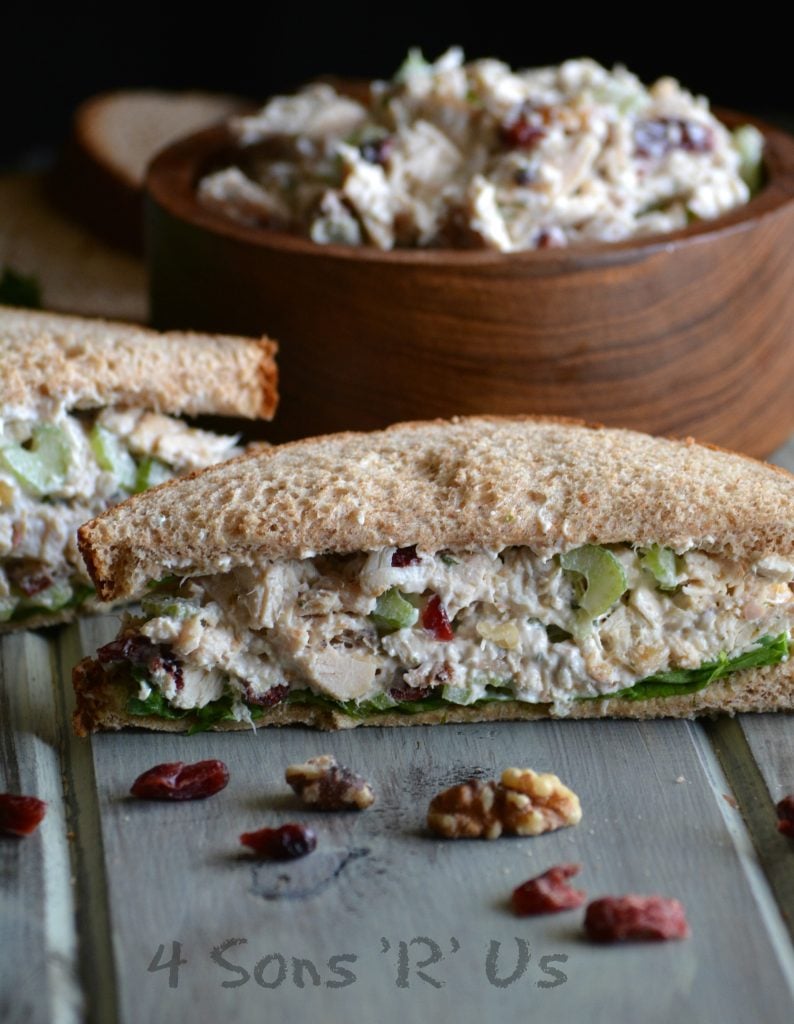 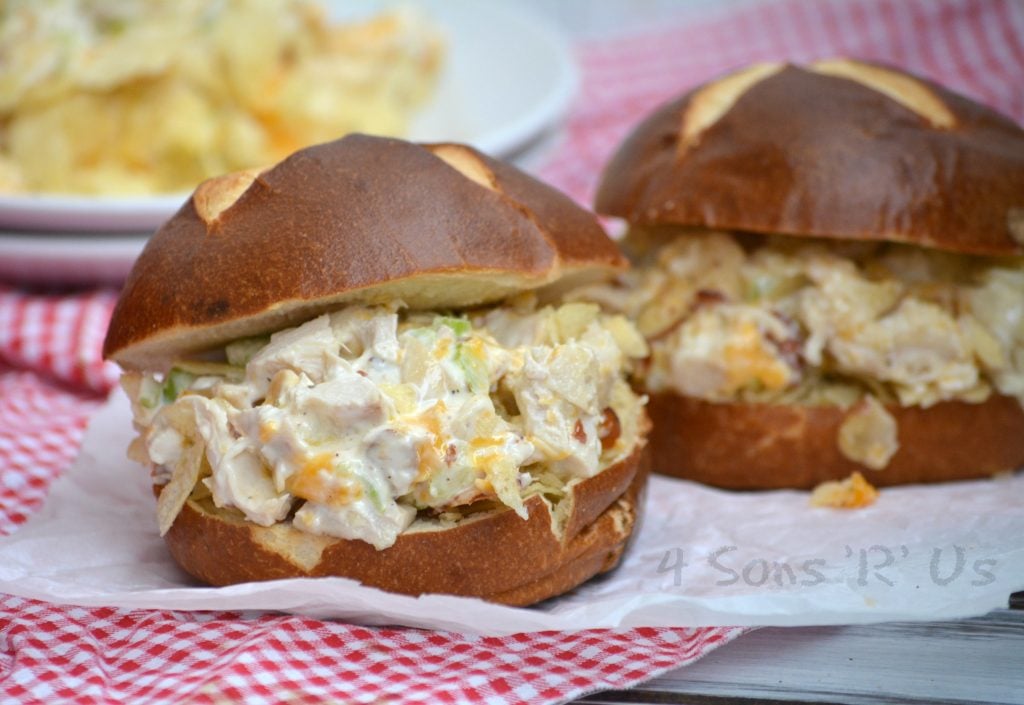 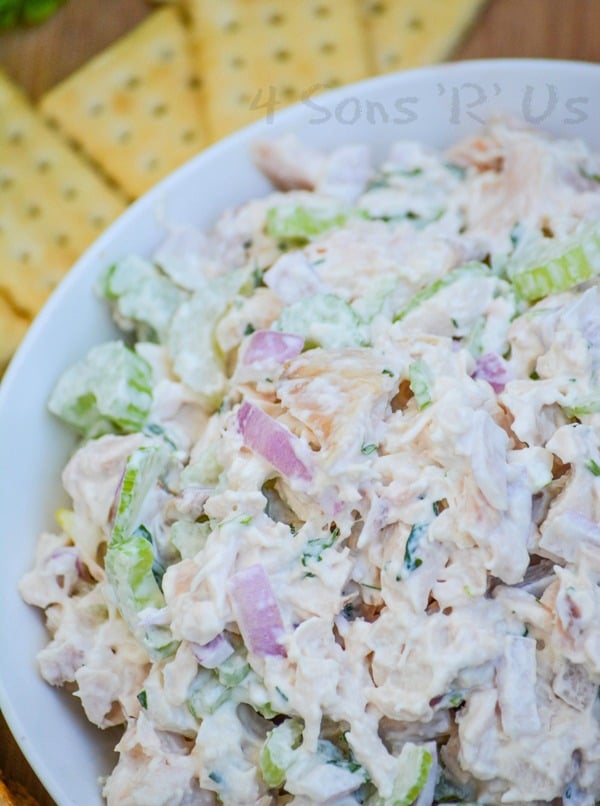