This no churn apple crisp ice cream is the perfect ice cream for fall! Flavored with apple crisp, this easy homemade ice cream recipe doesn’t need an ice cream maker or any other special kitchen equipment. Whip up a batch to enjoy today! 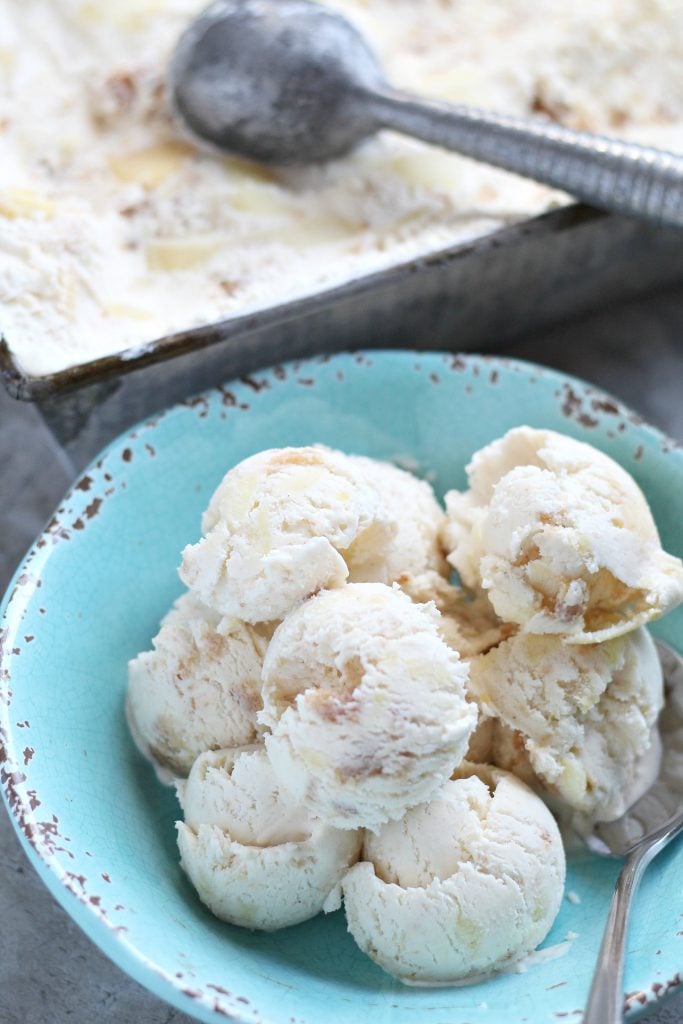 Just because it’s getting cold outside doesn’t mean it’s time to give up ice cream for the winter. Oh no. In my opinion, instead of trading ice cream for a warmer dessert, we just need to bring some of the classic cold weather flavors to ice cream.

Enter this no churn apple crisp ice cream. This creamy vanilla ice cream has delicious ribbons of apple crisp running through it, making it essentially apple pie a la mode but in total ice cream form. It’s the best. 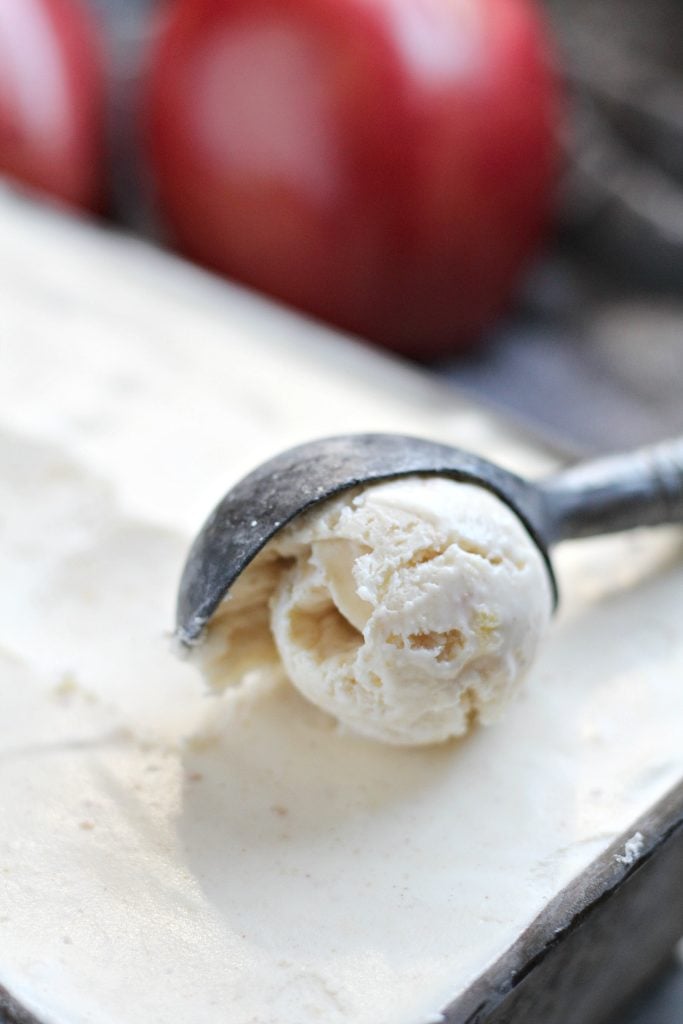 What is no churn ice cream?

Have you had no churn ice cream or at least heard of it? If not, you need to jump on this easy homemade ice cream bandwagon asap!

No churn ice cream means you don’t need an ice cream maker to make your very own homemade ice cream. Instead, I just use my stand mixer to beat the heavy whipping cream for the base.

And if you don’t have a stand mixer, you could definitely use a hand held mixer instead to beat the cream. Most people have at least one of these electric mixers handy so making homemade no churn ice cream is a snap. 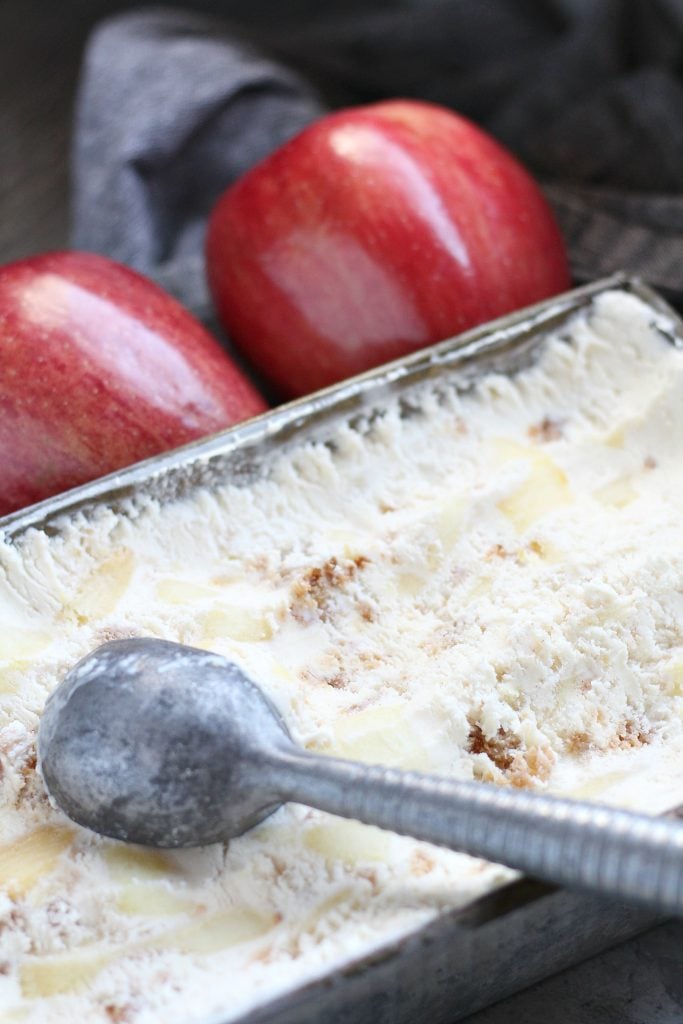 Not only is making no churn ice cream super easy and accessible since you don’t need an ice cream maker, but this method lets you make all sorts of fun flavors like frozen hot chocolate ice cream or Nutella ice cream that you’d probably otherwise have a hard time finding outside of your favorite ice cream shop. 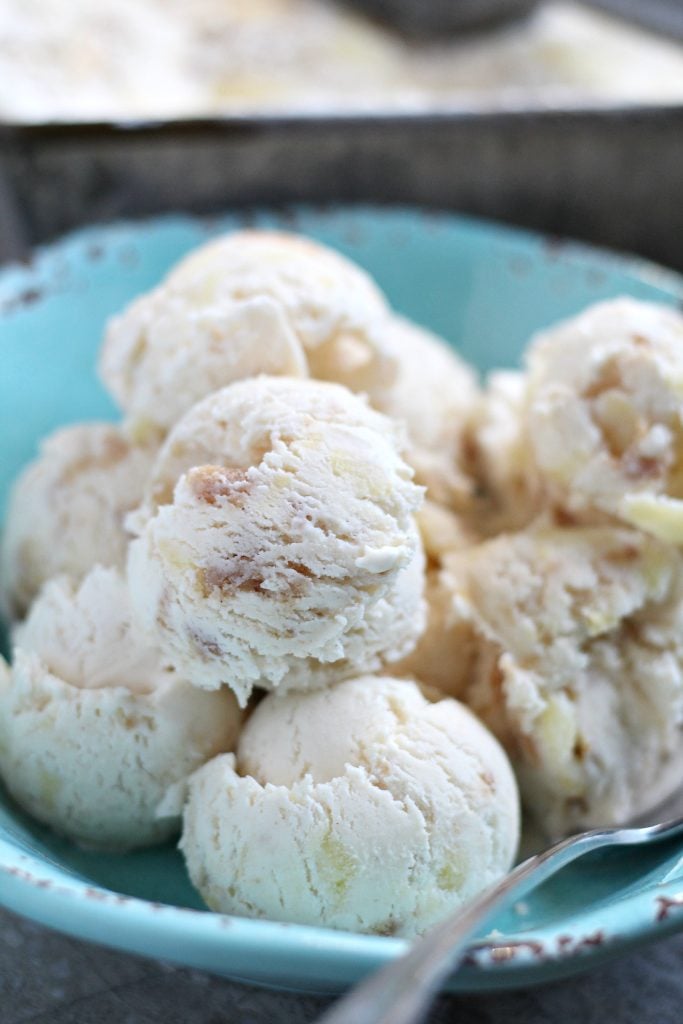 How to Make No Churn Apple Crisp Ice Cream

Making no churn apple crisp ice cream is a snap!

To start, just add your heavy whipping cream to the bowl of your stand mixer. Then you are going to beat it on medium speed until stiff peaks form.

This step is super important and is how the air gets incorporated into the ice cream. And you need air to make the ice cream soft and scoop-able so don’t cut this step short in effort to rush through the ice creaming making.

While you are whipping the cream, add the sweetened condensed milk and vanilla extract to a separate bowl. Whisk those ingredients together until they are incorporated.

To finish, just pour the mixture into a metal loaf pan and freeze until solid. Once it’s frozen then you can enjoy with your favorite toppings. 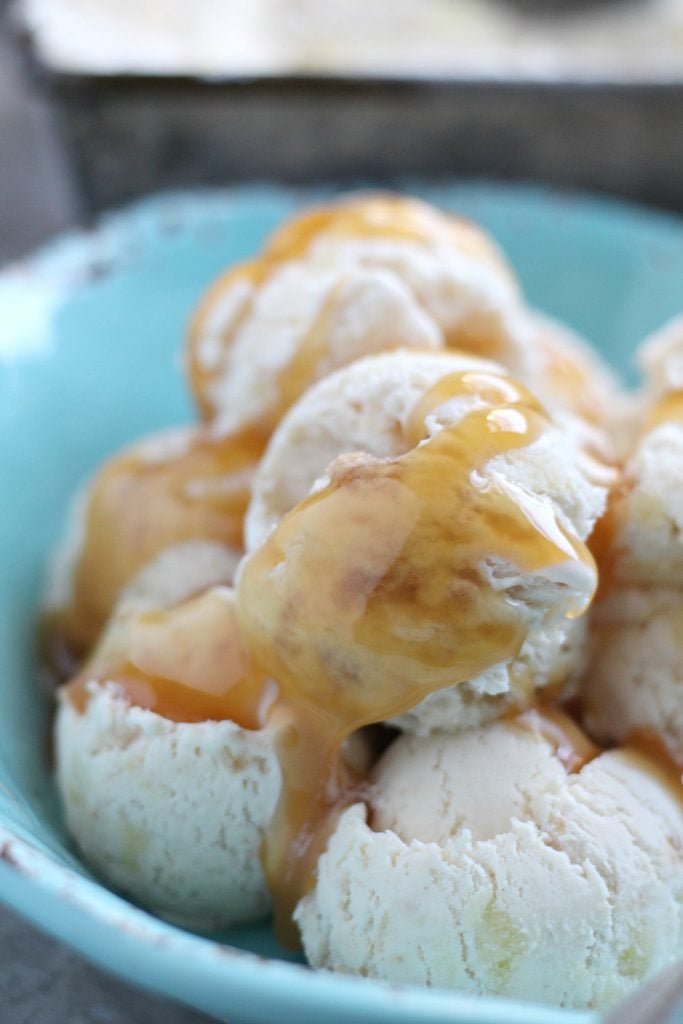 You’ll be amazed how easy and delicious this no churn apple crisp ice cream is! Make it today to enjoy as dessert this week!

If you’ve tried this NO CHURN APPLE CRISP ICE CREAM, or any other recipe on my site, let me know in the comment section how it turned out, we love hearing from our readers! You can also follow along with me on PINTEREST, FACEBOOK, and INSTAGRAM to see more amazing recipes and whatever else we’ve got going on! 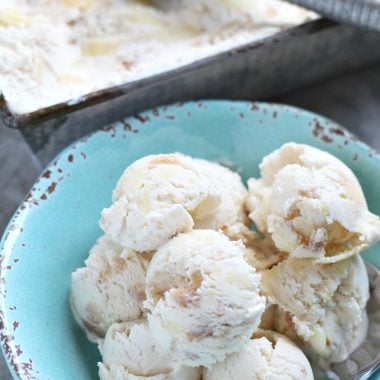 A cold, creamy treat- this hybrid dessert is a mash up of easy no churn vanilla ice cream flecked with pieces of cozy apple crisp. It's a perfect way to enjoy something different during Fall, and a great way to savor some of those Fall flavors in a cool way in the hotter months.
5 from 1 vote
Print Pin Rate
Course: Dessert
Cuisine: American
Prep Time: 20 minutes
Chill Time: 8 hours
Total Time: 8 hours 20 minutes
Servings: 4
Calories: 414kcal
Author: Meaghan @ 4 Sons R Us
Prevent your screen from going dark