Making a delicious chocolate malt inspired ice cream at home is easy with this no churn chocolate malt crunch ice cream. The recipe needs no special ice cream makers and only a handful of ingredients before you’re enjoying creaming homemade ice cream that rivals any you’d find in an ice cream shop. 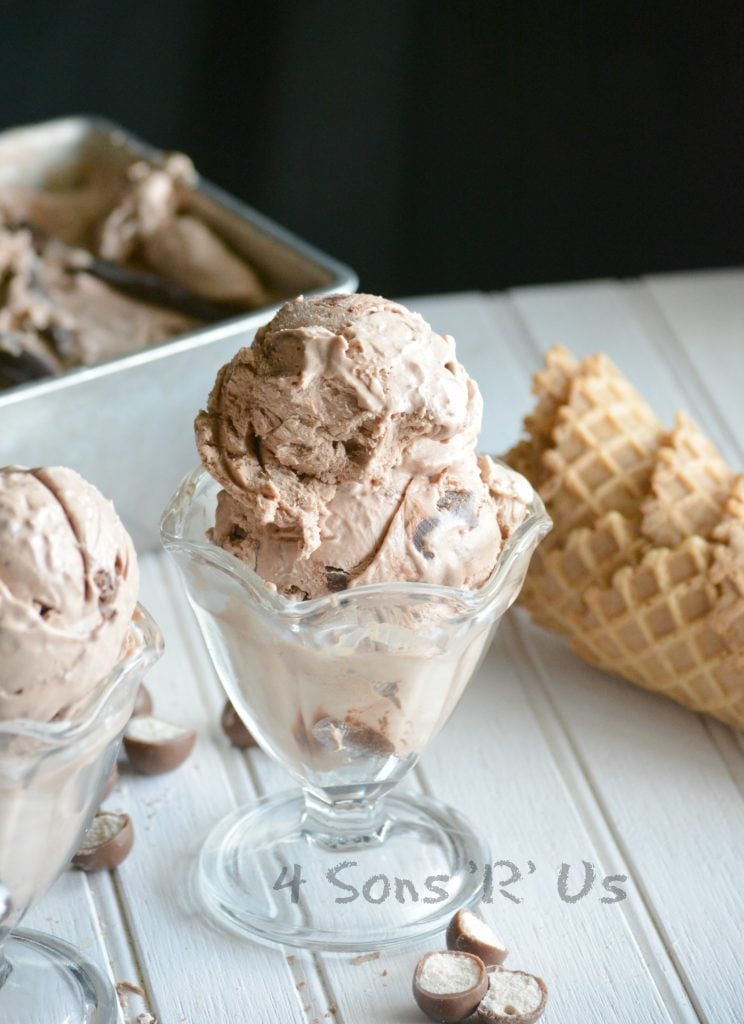 So what are you to do when you really want chocolate malt ice cream but can’t find any in the store? Make your own of course. 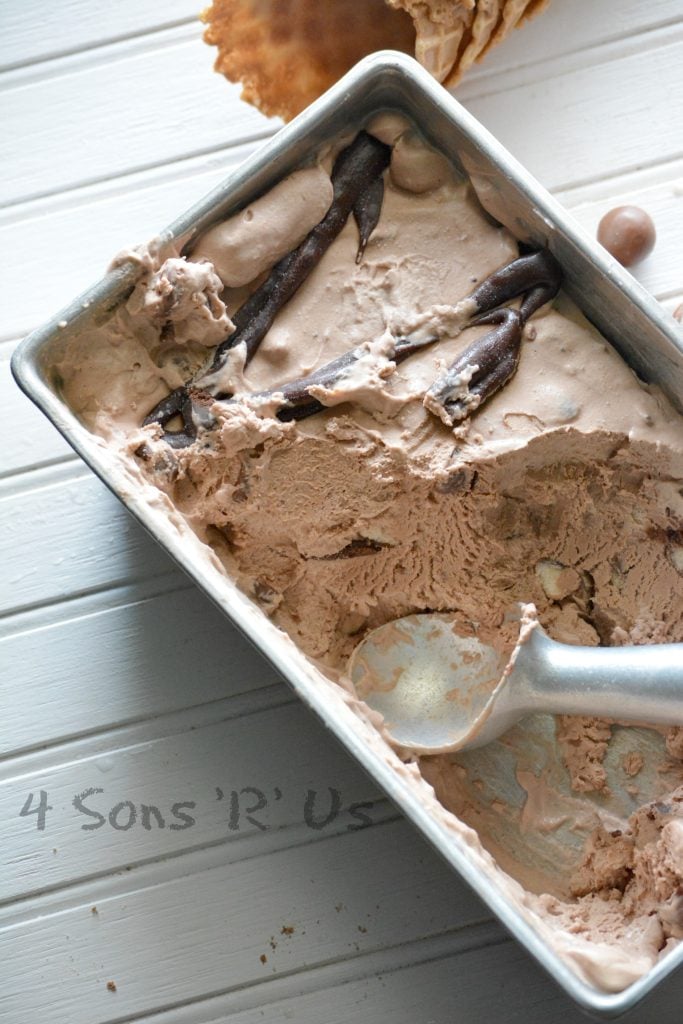 Have you ever made homemade ice cream? The idea of making homemade ice cream intimidates so many people. They think you need an ice cream maker or other fancy kitchen gadgets. But with no churn ice cream you don’t need any of those things. You only need a stand mixer, some bowls, and a handful of ingredients.

In other words, there’s no reason to be intimidated by homemade ice cream. Plus when you make your own ice cream, you can make flavors that you can’t find easily like strawberry cheesecake ice cream or Nutella ice cream. 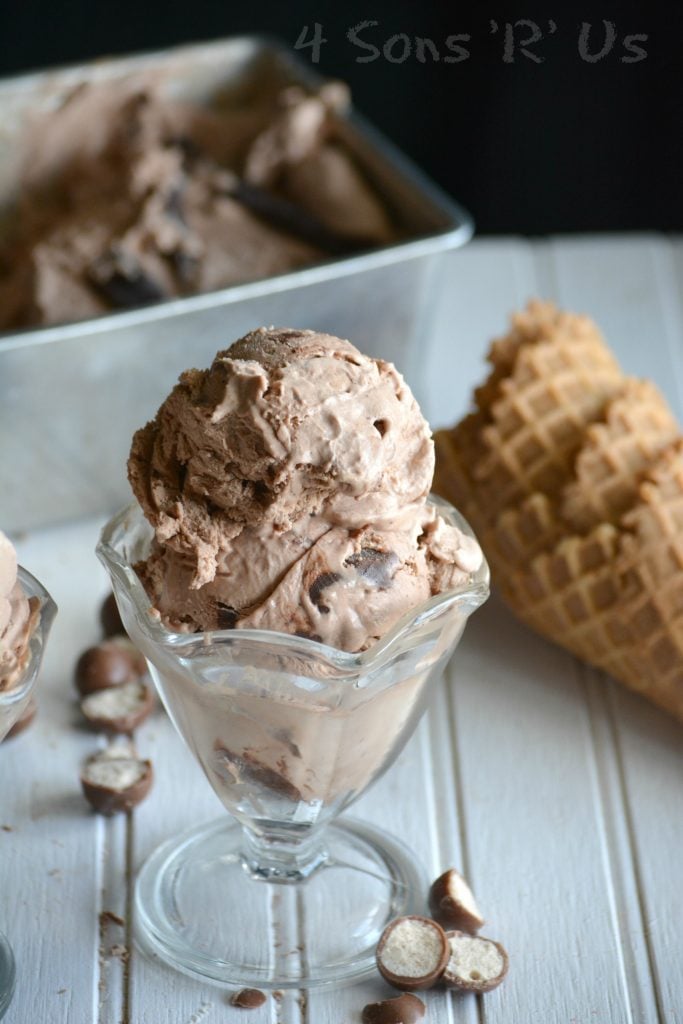 The most difficult part of making this chocolate malt crunch ice cream is waiting for the ice cream to freeze. Patience is not my strongest point and that goes for double when ice cream is involved. 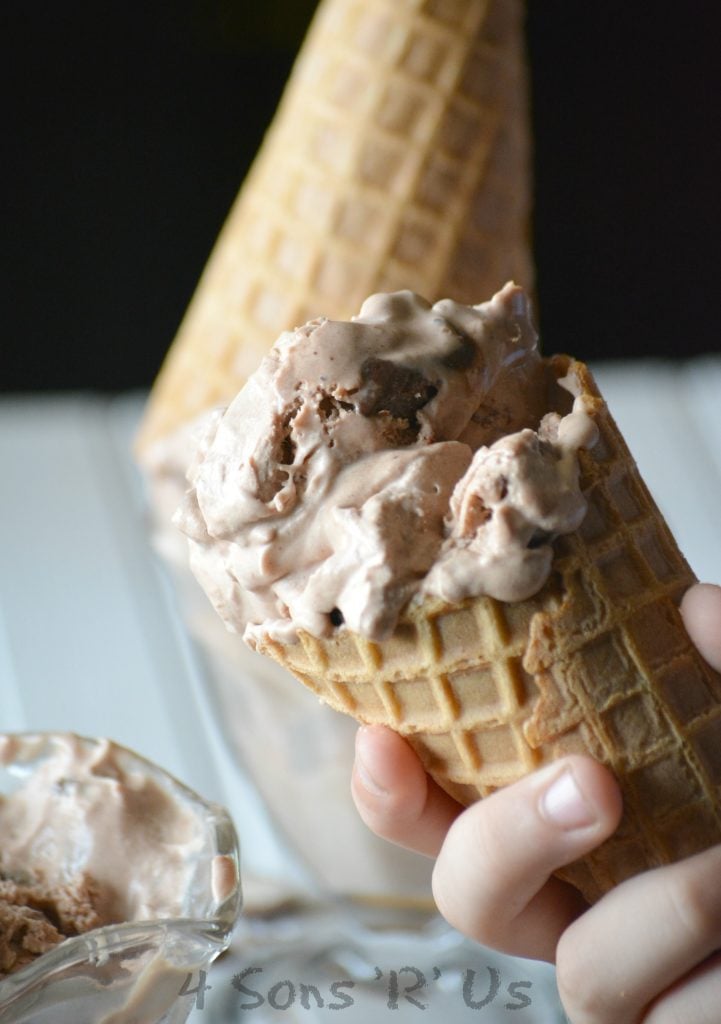 Start by adding two cups of cold heavy whipping cream to the bowl of a stand mixer.  Whip it in the mixer until stiff peaks form. You’ll know this happens when the whipped cream stands up on the edge of the beater when it’s lifted from the bowl.

While the mixer beats the whipping cream, you can combine the condensed milk and chocolate malted milk powder. Then a little at a time you can fold the whipped cream into the malt mix. Be careful not to over fold or the whipped cream will deflate. Just fold until combined. Then you can gently fold in the malted milk balls. 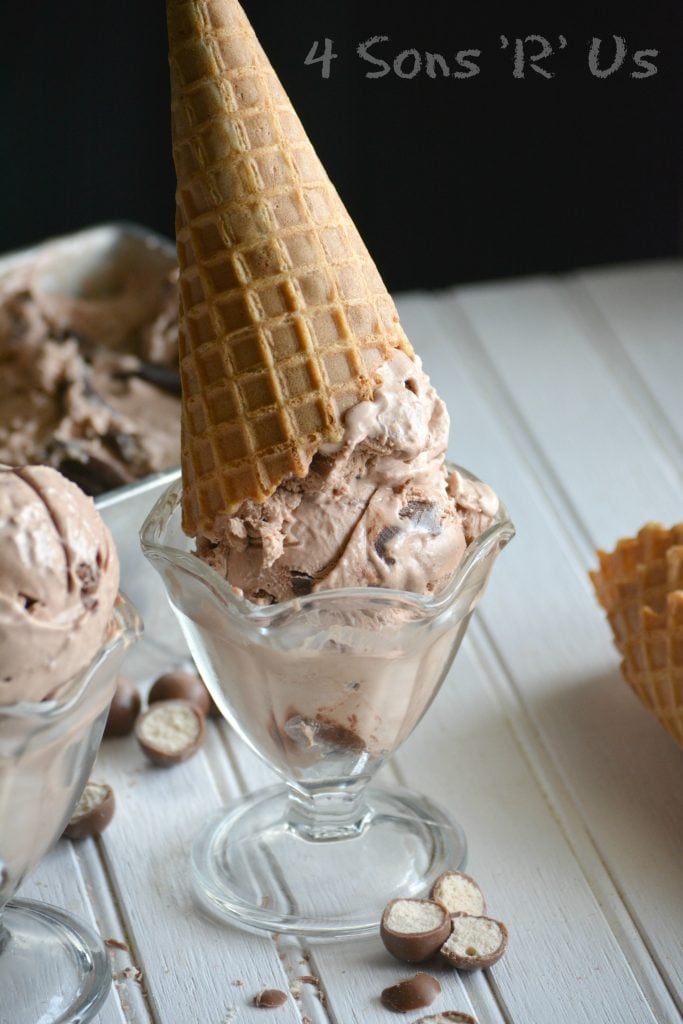 And here comes the hard part. You have to pour the ice cream mixture into a metal pan and wait for it to freeze while you dream of creamy, nutty no churn crunchy chocolate malt ice cream.

It doesn’t get any easier than no churn ice cream. It’s a great base dessert, that’s perfect for any level of cook. While you can keep it plain, plain’s never our style- especially where dessert’s concerned. Make it chocolate ice cream, but not just any chocolate ice cream- a chocolate malt ice cream. Then add in a heapin helpin of roughly chopped malted milk balls (for texture, crunch, and just because they add a fun factor).

Serve it in a cone. Serve it in a bowl. Shoot, you might even find yourself eating it straight out of the freezer with a spoon. However you enjoy it, this no churn chocolate malt crunch ice cream is cool creamy dessert done right.

Other No Churn Ice Cream Recipes To Keep You Cool: 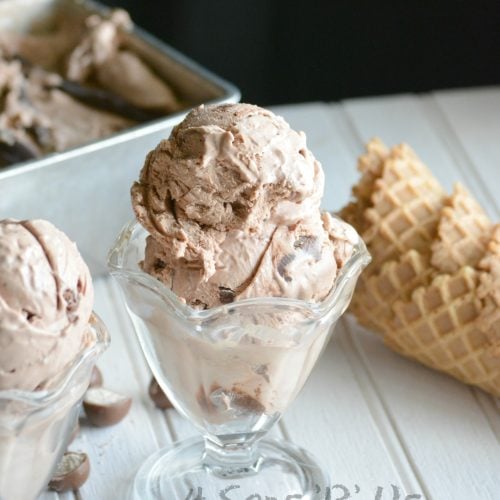