This traditional horchata recipe makes a creamy, sweet drink with a hint of cinnamon flavor. You’ll love sipping on this drink after a spicy Mexican dinner or anytime we want a smooth creamy drink. 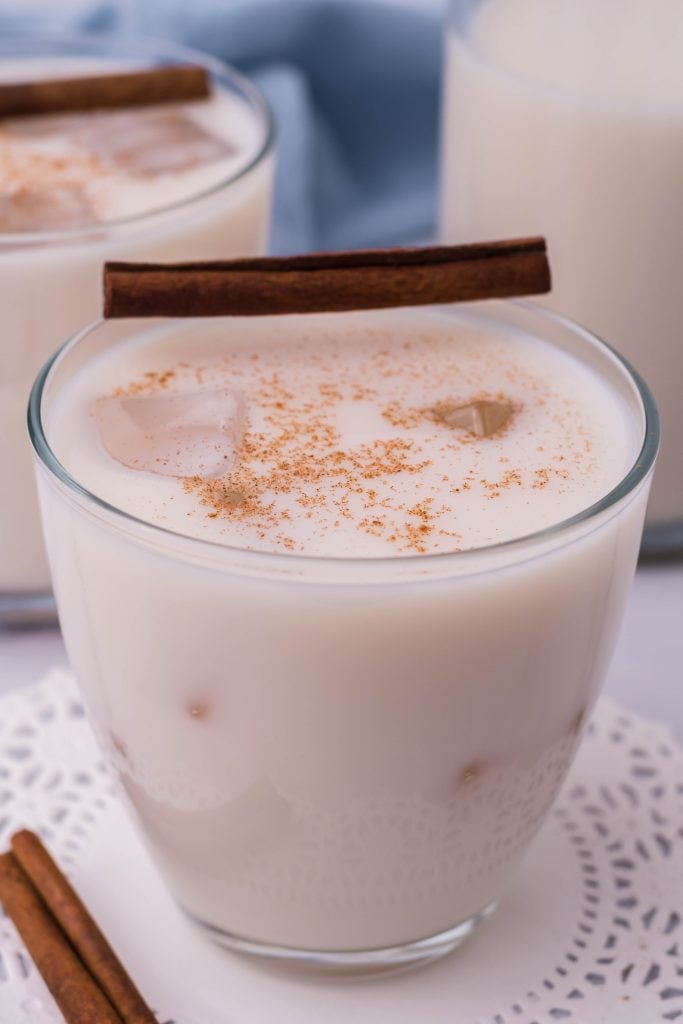 Our neighbor shared this recipe with our family and we cannot get enough of it.

My husband hasn’t been able to get enough of it ever since his very first sip!

It is creamy, sweet, and has just the slightest hint of cinnamon that I know you will love. 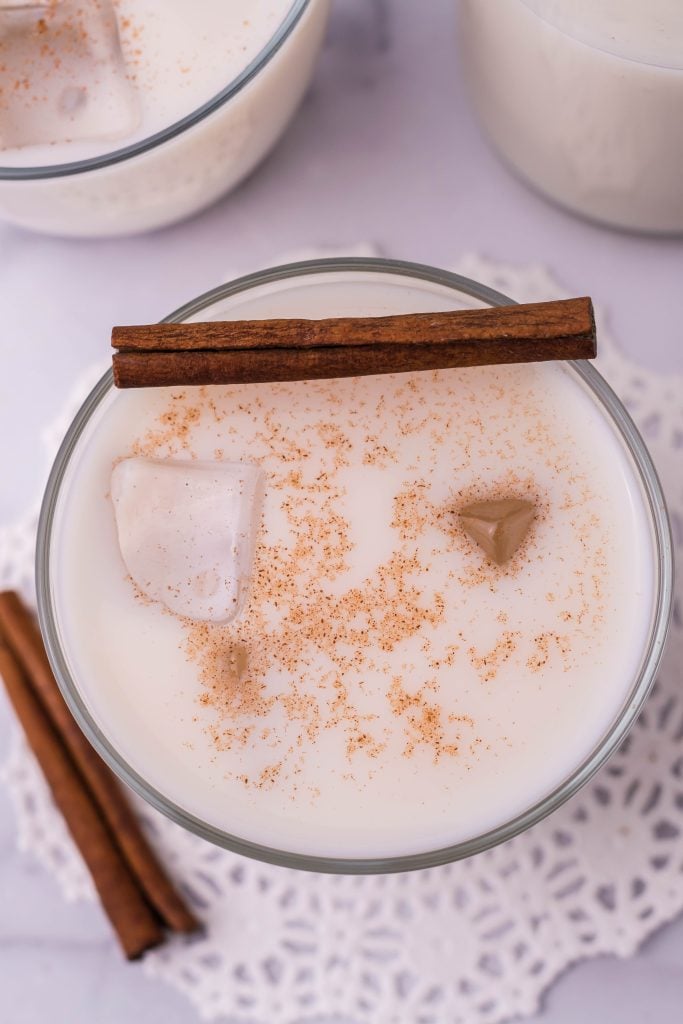 Horchata is a delicious, creamy drink that originally comes from Spain.

The Spanish used water, sweetener, and ground tiger nuts to create a plant-based drink that tasted similar to rice pudding.

Their version of the drink is called horchata de cufa.

Mexico has it’s own version of horchata.

Their version is the one most Americans are used to.

Many different cultures make their own version of horchata.

They just use different plant based ingredients to put their own spin on it.

The recipe I am sharing comes from one of my Hispanic neighbors and is a traditional recipe they use to make horchata. 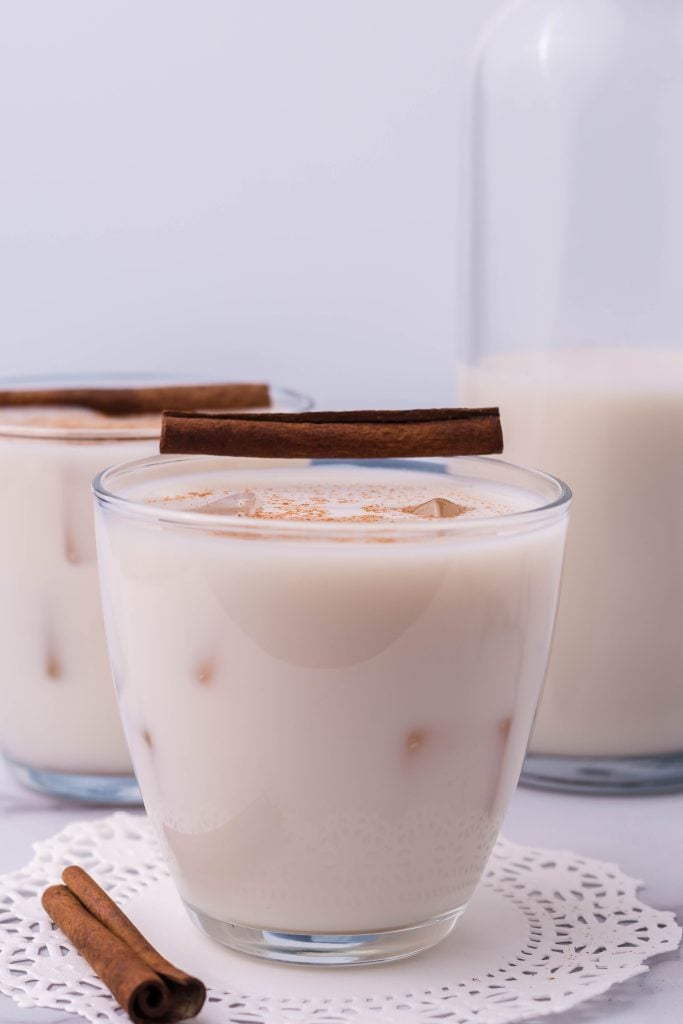 Horchata is super easy to make. Here’s what to do.

First, add the rice, water, and cinnamon into a high-speed blender and blend for about one minute or until the rice is well ground.

Next, pour the mixture into a large container and refrigerate for at least 4 hours.

If you can, let it rest overnight so the flavors really absorb into the drink. 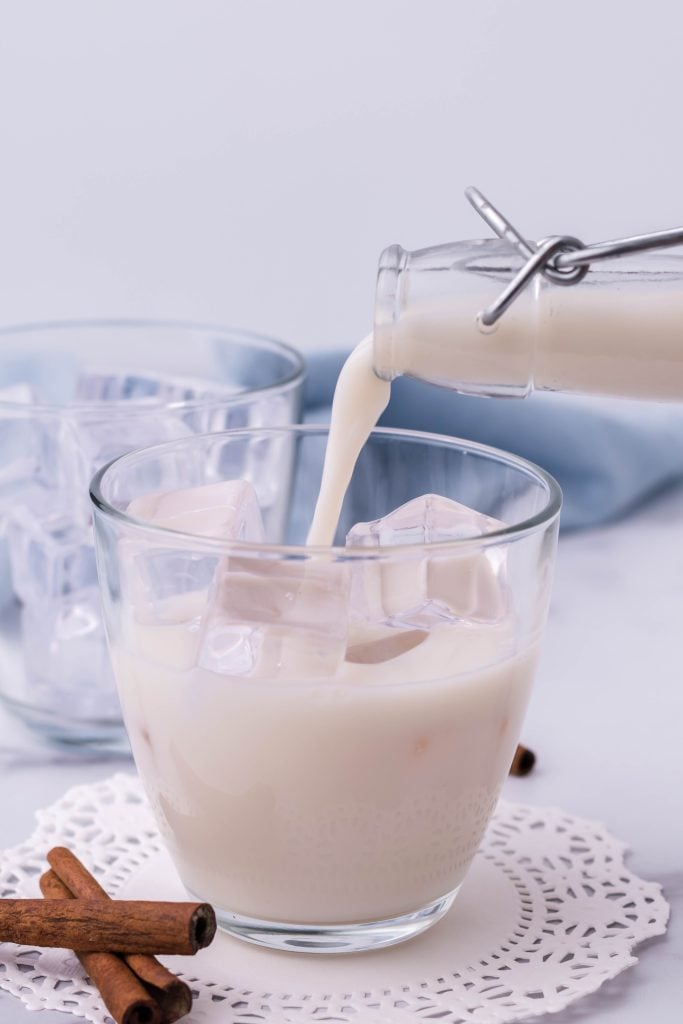 Once it has soaked, strain the mixture through a fine mesh sieve or nut milk bag.

A sieve worked just fine for me since most people don’t have a nut milk bag laying around.

When it is strained, stir in milk, maple syrup, and vanilla extract.

You can taste it and add more sweetener if desired.

Finally, serve over ice and garnish with ground cinnamon.

You can store the milk in an air tight container for about 3 to 5 days in the fridge.

The longer it initially sits, the better the flavors will come together. 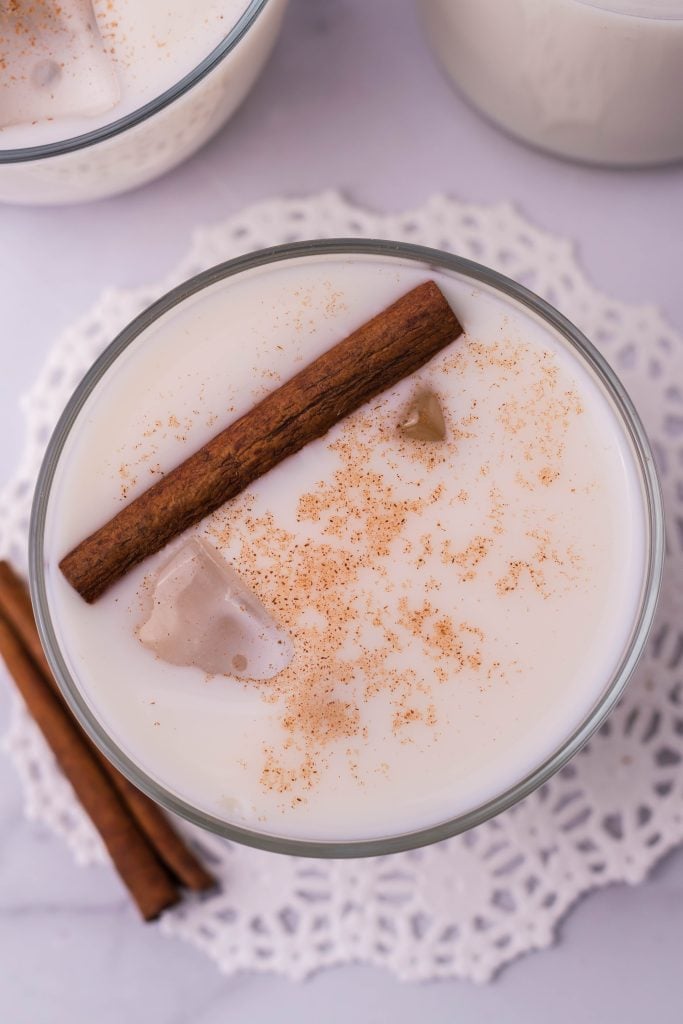 Ever since my family first tried this traditional horchata recipe, we have been hooked.

It’s a smooth, sweet drink that you will surely love the flavor of.

Looking for other drink recipes?

If you’ve tried this TRADITIONAL HORCHATA RECIPE, or any other recipe on my site, let me know in the comment section how it turned out, we love hearing from our readers! You can also follow along with me on PINTEREST, FACEBOOK, and INSTAGRAM to see more amazing recipes and whatever else we’ve got going on! 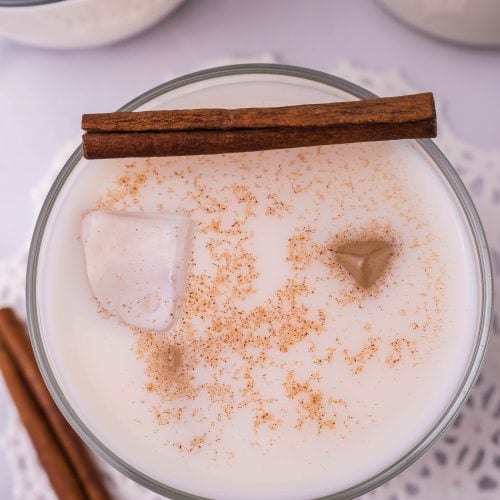