Pumpkin is almost synonymous with Fall. Jump on the bandwagon and add it to our classic macaroni and cheese for a bowl of truly rich and creamy comfort food. This Pumpkin White Cheddar Macaroni And Cheese is trendy, it’s in, it’s got pumpkin, and it’s just about the best thing to ever come out of a warm kitchen. 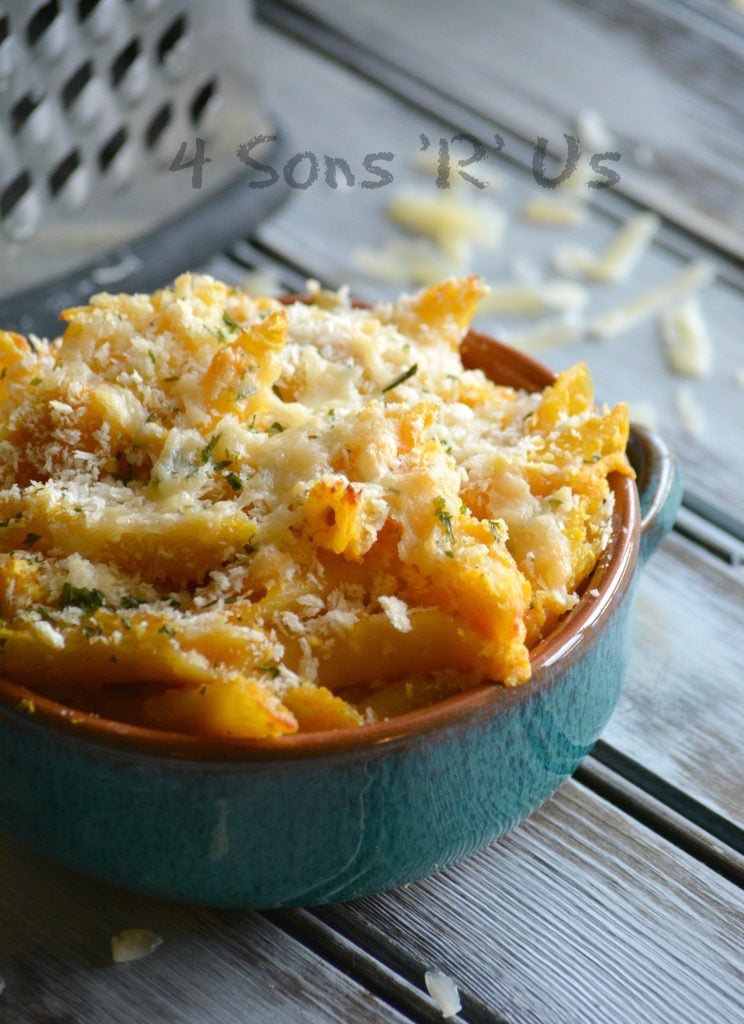 If you’ve been near a tv recently, or near any kind of grocery store or eatery– you’ve probably noticed it’s pumpkin season.

If not, a few quick clicks around the internet will clue you in.

Every year it’s like a world-wide contest to see what new thing pumpkin can be merged with now. I’m used to seeing sweet versions, like pastries and desserts. 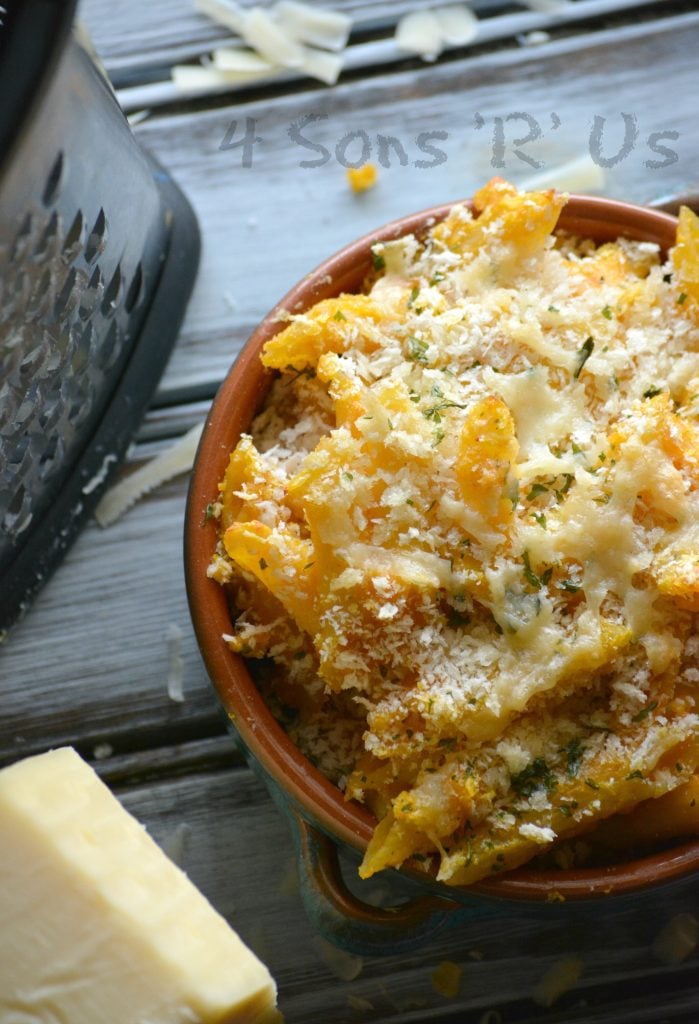 I’ve noticed a new trend emerging where pumpkin seems to be just as popular in sweet and savory recipes.

I’m not someone anyone would consider ‘trendy’, and I quite happily march to the beat of my own drum.

That being said even I couldn’t exactly ignore all these people losing their minds the moment it becomes socially acceptable for pumpkin to be considered ‘in’ season. 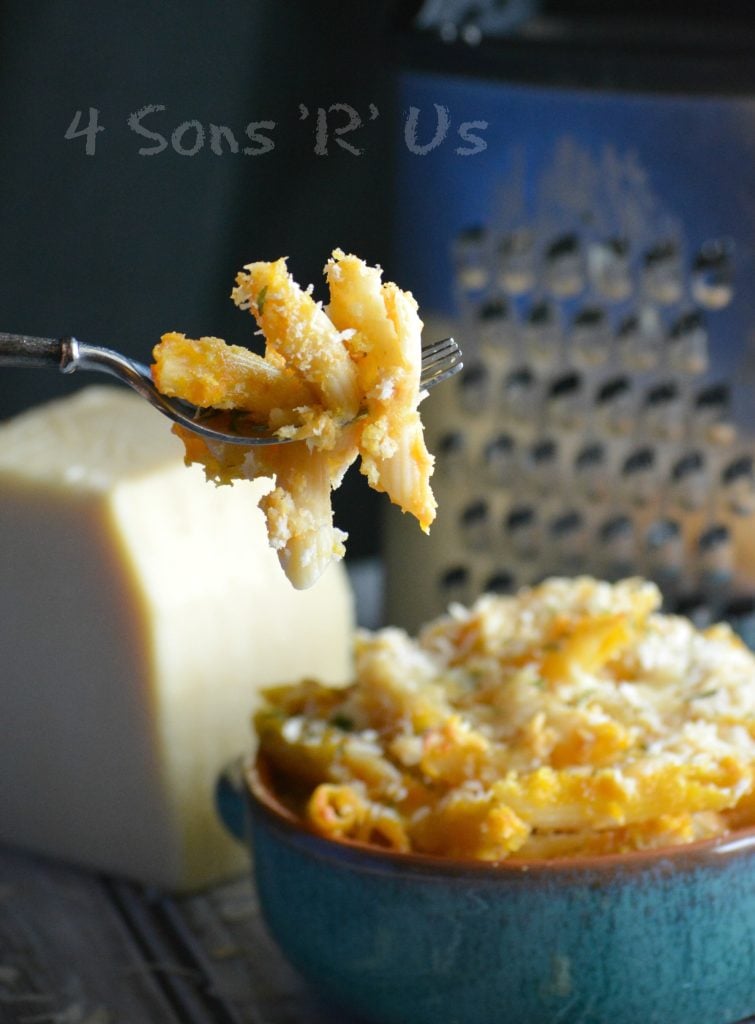 While I’m no stranger to all the yummy goodness that is sweet pumpkin flavored treats, I hadn’t been brave enough to venture into savory territory yet. At least not until my sister told me about a creamy pumpkin mac and cheese she’d had.

Pumpkin in mac and cheese, you say??

That was all she said and I was hooked. I couldn’t get the idea out of my head. This is one of those times when you discover something so totally awesome, it’s amazing.

This Pumpkin White Cheddar Macaroni And Cheese is everything your little pumpkin lovin’ heart could want in one dish. The pumpkin blends seamlessly into the white cheddar creating a rich and creamy sauce that hugs every inch of the pasta it’s tossed with.

My favorite part? If you opt not to tell the kids (or picky husbands) they never even guess there getting an extra helping of veggies in one of their favorite meals. 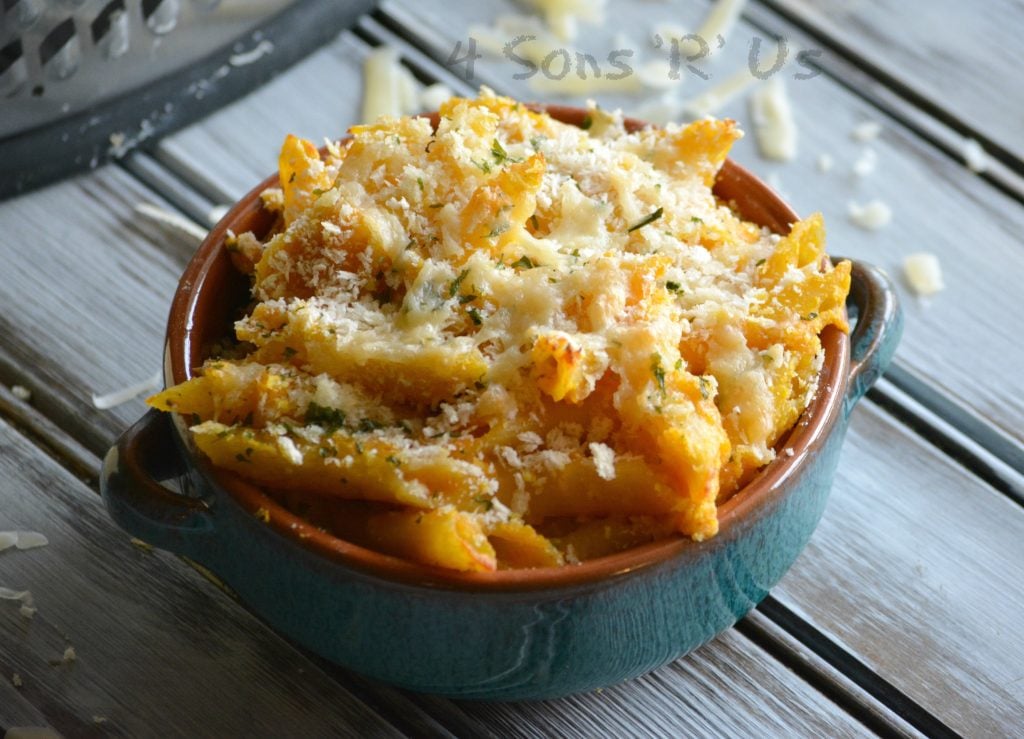 Pumpkin White Cheddar Macaroni And Cheese is the best way to combine three of your most favorite things (pumpkin, pasta, and cheese, of course) into one epic Fall dish.

This meal can be made ahead of time, spread into an oven AND freezer safe dish, and frozen to be baked at a later time. If freezing to cook later, do not add the toppings until right before baking.