A good pork chop & gravy recipe is a must have, but can be hard to find. These herbed pork chops in mushroom gravy are a family favorite you’ll want to make again and again. Pan seared, golden brown pork chops are seasoned with a savory blend of herbs ad bathed in a rich, creamy mushroom based gravy for the ultimate comfort food dinner entree. 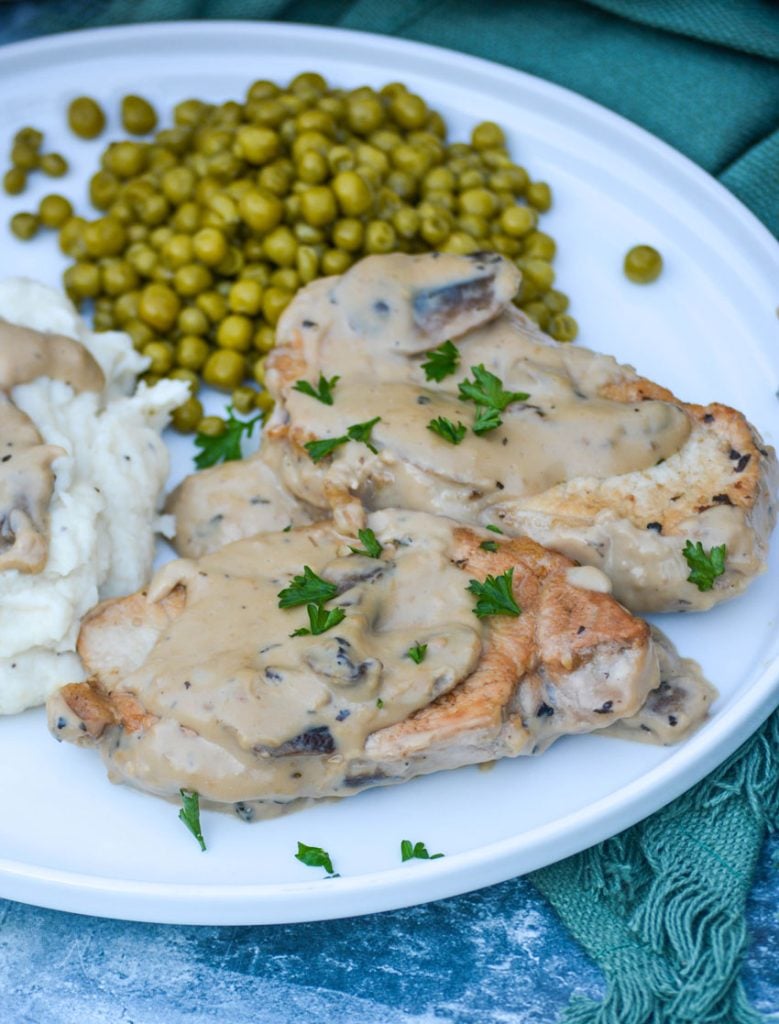 So when I was young my sisters were both obsessed with a show that starred Shari Lewis, alongside her three puppet companions- most notably a little sheep named Lamb Chop.

It was cute, but I was older and was always slightly annoyed that my TV selections were always limited to their choices.

And I may or may not have had a few nightmares centered around ‘the song that never ends’. Yes, it goes on and on my friend…

Luckily, I left all that behind as they aged out of it themselves. It was never to be seen or heard of again, or so I thought. 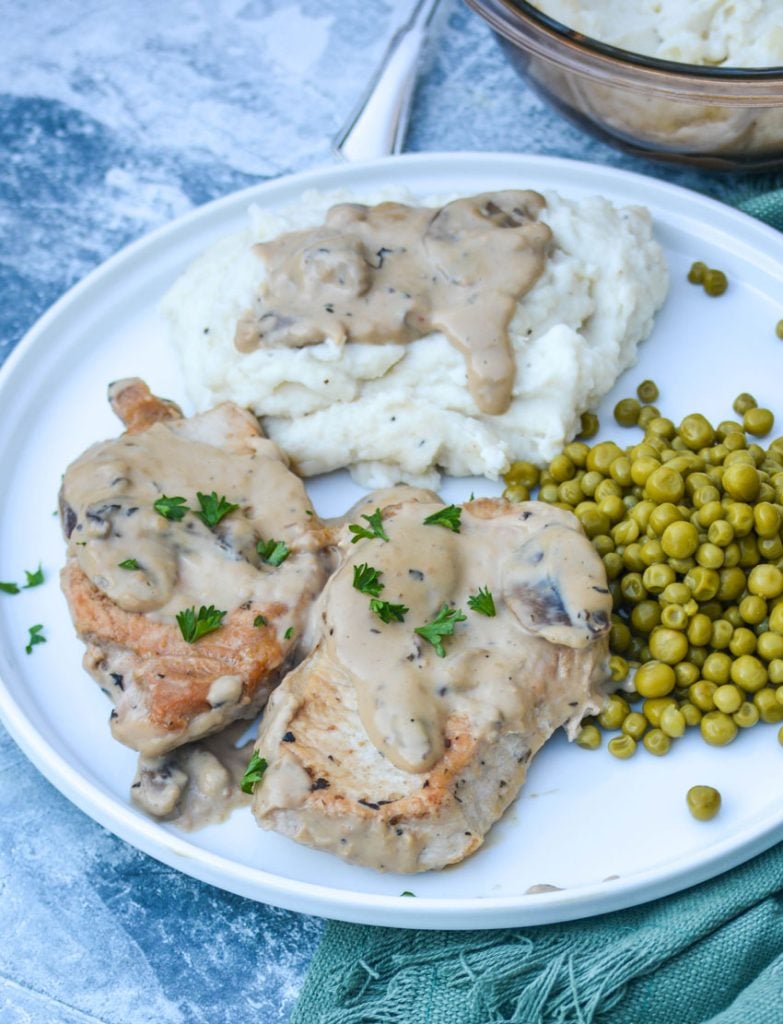 I thought I was in the clear, until one day my Mom was babysitting. Turns out she still had a working VHS player, and several tapes from the show, AND she showed them to the sons.

Cue the horror movie moment when the oldest son broke out into song with the one that must not be named, because you will never get it out of your head.

I thought it wouldn’t be so bad. I could just ignore it, and it would pass long before the other sons were able to memorize and repeat the cursed lyrics.

Crisis averted, again- so I thought. 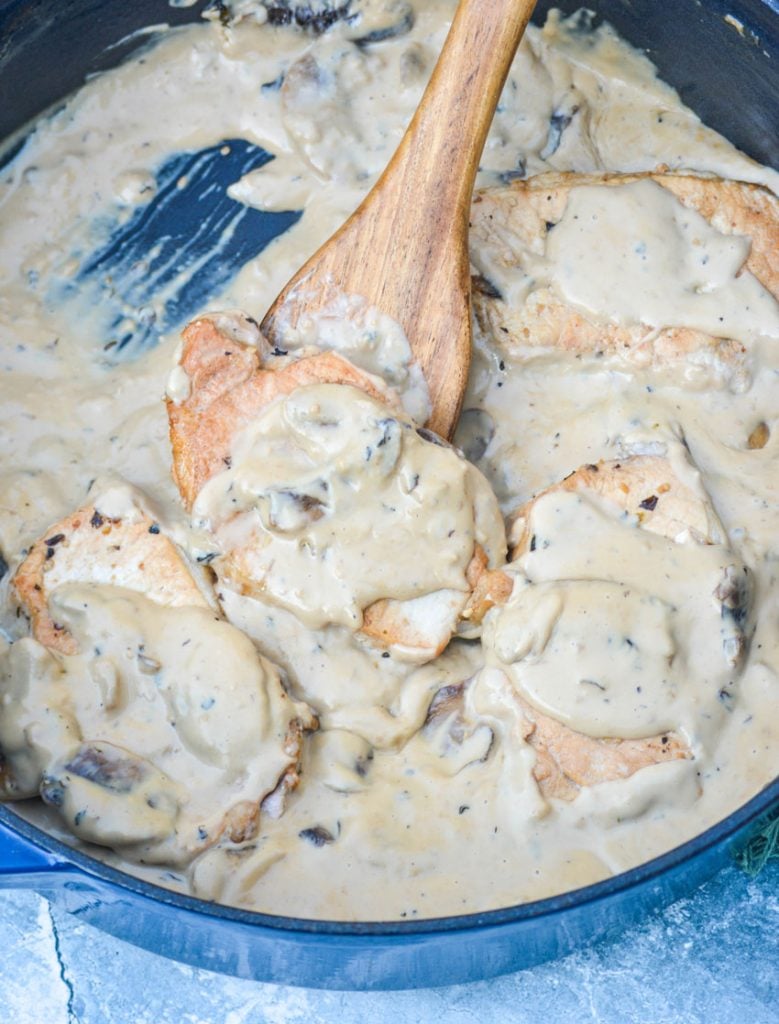 Everything was good, my plan was working. Then dinner time came around, and our oldest wanted to know what we were having for supper.

A common enough question, especially since we were going through & trying to break him of a particularly picky phase. I made the mistake of saying we were having pork chops for supper.

My son wasn’t 100 % sure what a pork chop was I guess, but he sure knew something that had a chop in it. He also loved to torture his little brothers.

He promptly informed them that they were enjoying eating their beloved singing & dancing puppet. Cue the water works. Of epic proportions. 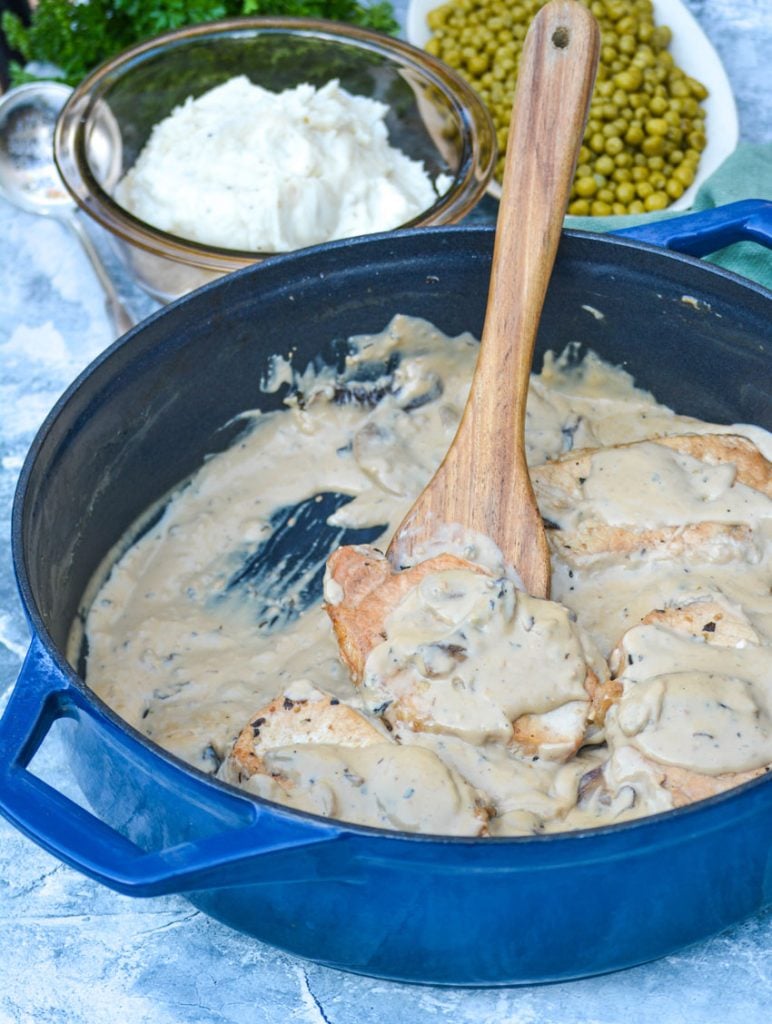 It took me awhile to reassure them that not only was the puppet safe- there was no lamb involved in this dish. We were using pork chops.

Luckily, they weren’t overly concerned with where pork chops came from after discovering they worried needlessly.

I stock up on pork chops when they go on sale and keep them handy in my freezer.

They’re an easy to prepare meat and can be used in so many different ways- from the stove top, to the slow cooker, and even the instant pot pressure cooker.

Making them doesn’t have to be hard either, and that includes a gravy recipe to go with them! 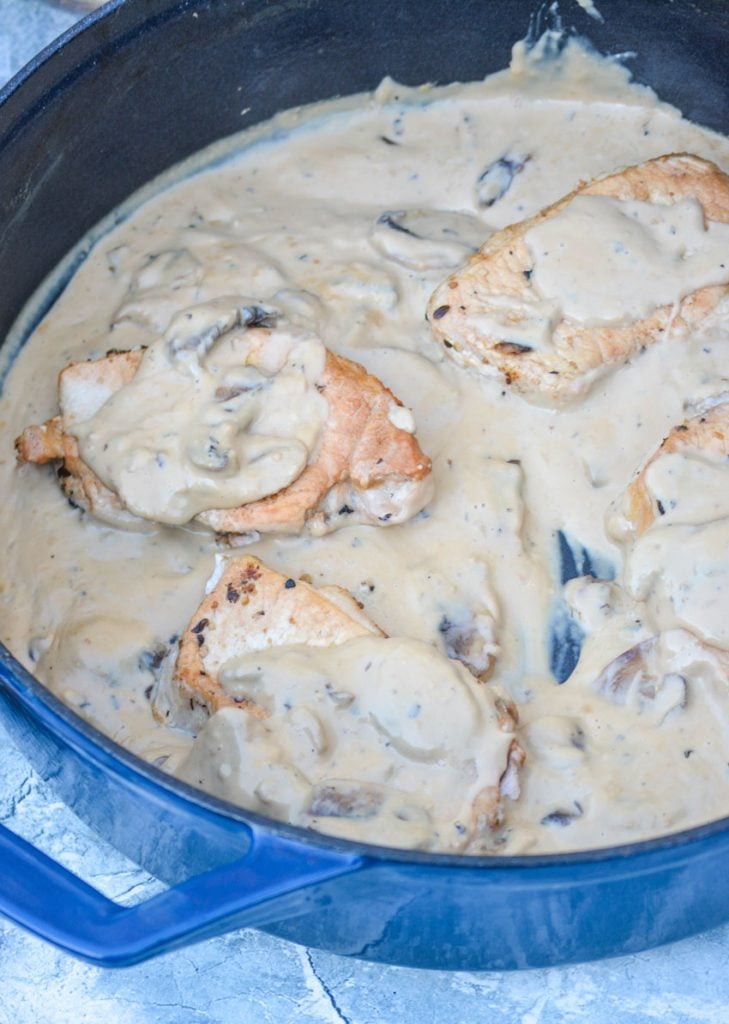 These Herbed Pork Chops in Mushroom Gravy will melt in your mouth. They are so good and easy to prepare and assemble.

They are first sauteed in butter, then baked, before being served smothered in a creamy mushroom gravy that comes together in the same skillet.

My mouth’s already watering just typing up the recipe. These pan seared chops come out tender and juicy- every time. 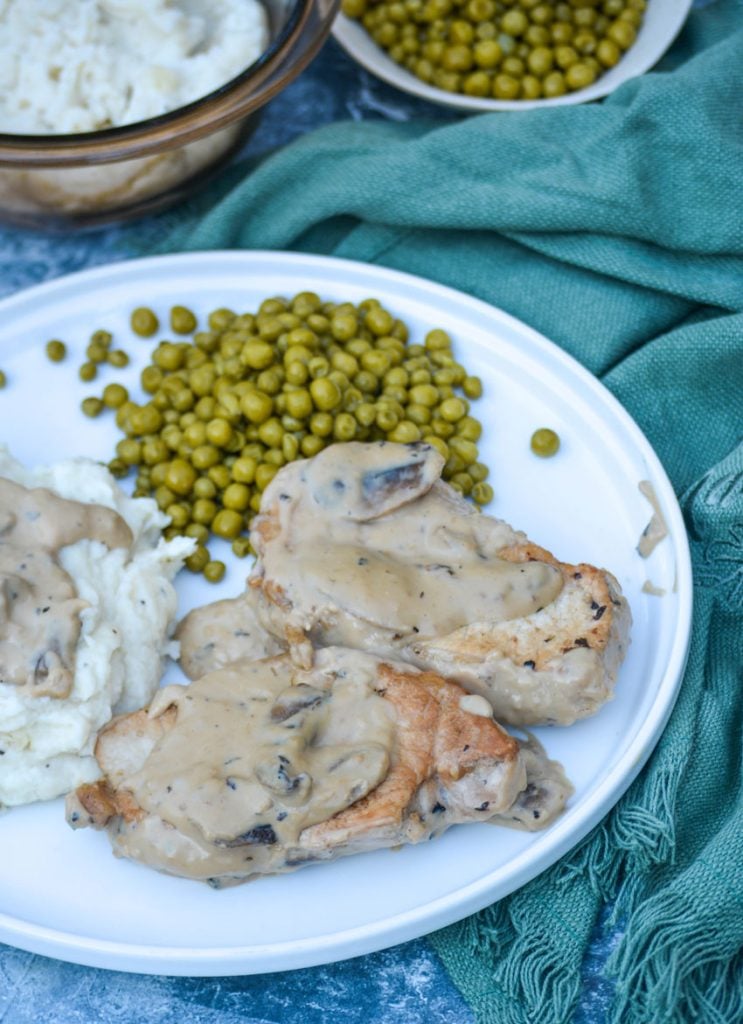 Mmm, pork chops and gravy… it certainly doesn’t get much more southern than that. Wherever you’re from, this herbed pork chop dish is guaranteed to ‘south’ your mouth.

Serve them with some creamy mashed potatoes so you can be sure to savor every single drop of gravy, too!

If you’ve tried these HERBED PORK CHOPS IN MUSHROOM GRAVY, or any other recipe on the site, let me know in the comment section how it turned out, we love hearing from our readers! You can also follow along with me on PINTEREST, FACEBOOK, and INSTAGRAM to see more amazing recipes and whatever else we’ve got going on! 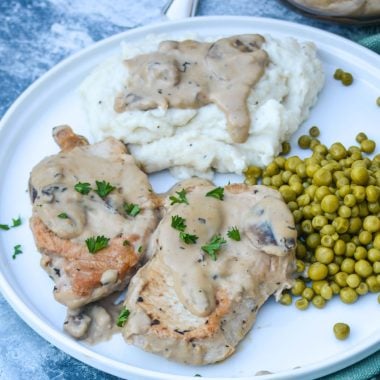