Warm, cozy cranberry eggnog flavored cupcakes are topped with a light and fluffy spiced white chocolate buttercream. With a little bit of magic in every bite– these Cranberry Eggnog Cupcakes with Spiced White Chocolate Buttercream Frosting are a perfect way to savor the season of Christmas with every bite. 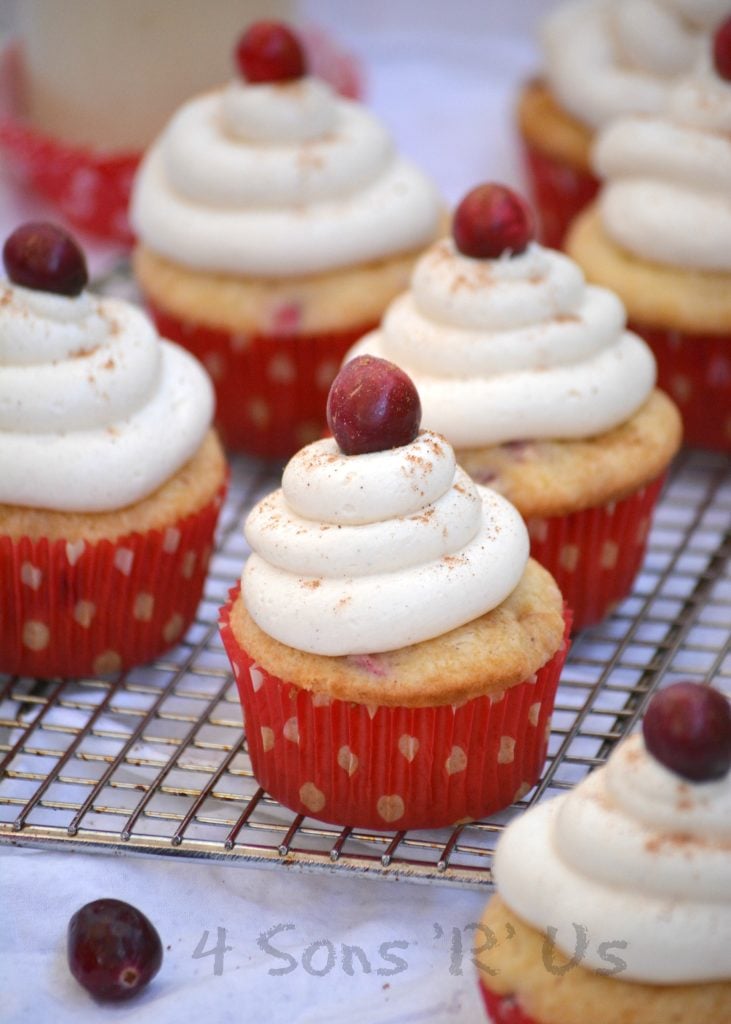 Every season has it’s special scents and flavors. One whiff, one taste and you’re immediately transported to a favorite memory. That’s especially true for me at Christmas. 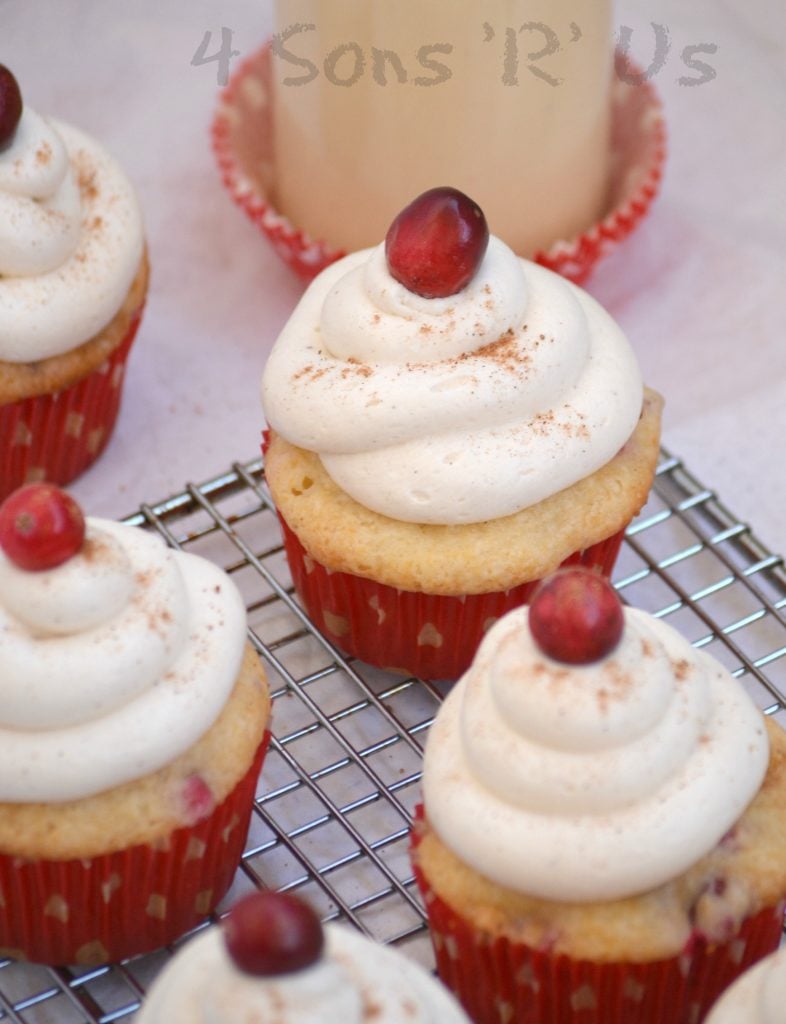 Obviously, there’s pumpkin (nope, not letting that one go, at least not until after the New Year). There’s also the fresh scent of pine that fills my home courtesy of our brightly strung, decorated fresh pine.

And of course, I can’t forget the comforting notes of warm, sweet eggnog and the occasional burst of tart cranberry. 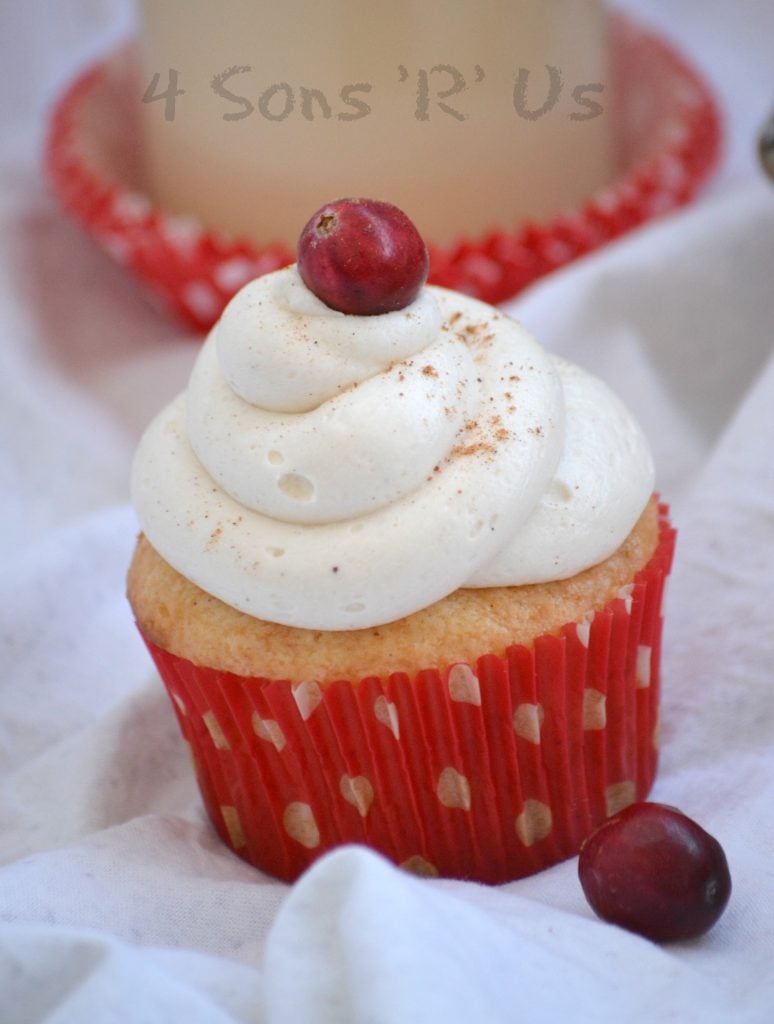 The warmth and coziness of these holiday flavors makes them perfect for baking, and if you think I’m crazy, I promise these two flavors pair together perfectly.

Stir them into a yummy cupcake batter, and they’re a perfect treat for Winter.

I mean, let’s be honest– when are cupcakes not great? A cupcake that tastes like one of my favorite seasons? That’s pretty dang amazing. 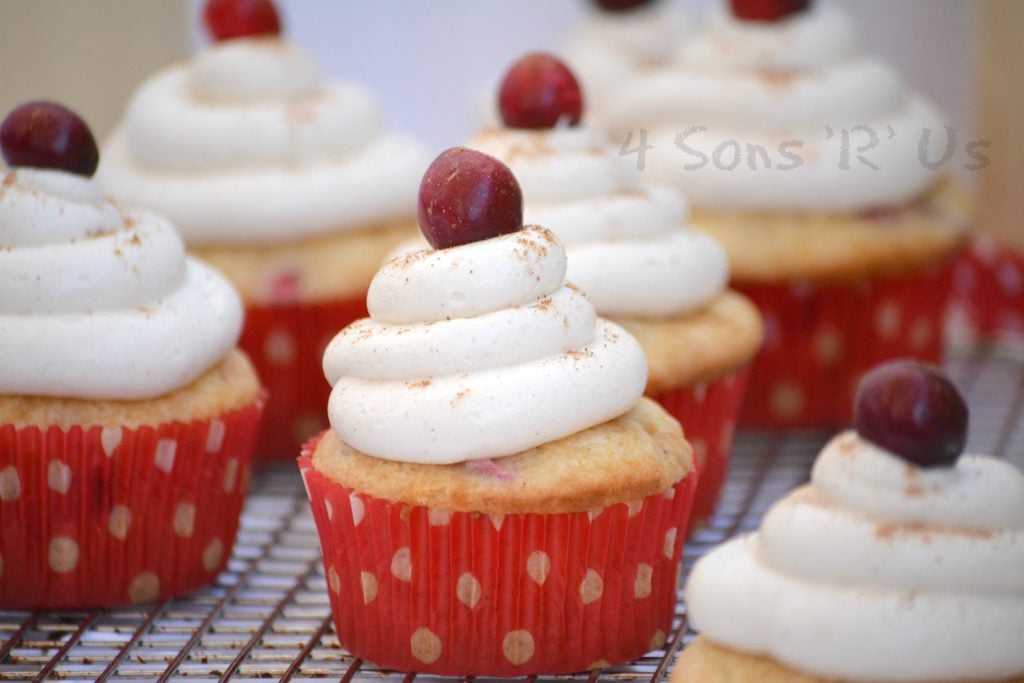 Let’s take this experiment a step further though.

What if I told you that you could make one easy cupcake (yes, I really mean easy), pair it with a simple frosting (again, I am not exaggerating here) and every bite would literally taste like ‘Christmas’?

Are you excited yet? That’s exactly what these Cranberry Eggnog Cupcakes with Spiced White Chocolate Buttercream Frosting deliver. 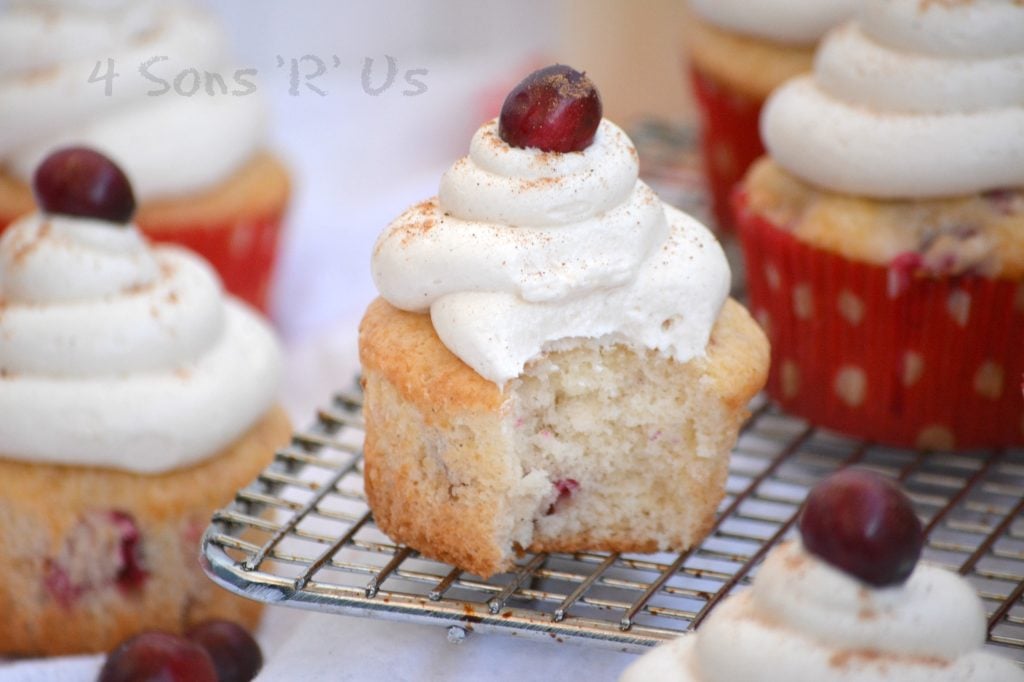 Embrace your favorite flavors of the season by incorporating them into your baked goods. Yummy, yummy baked goods. Cupcakes to be exact.

And while frosted cupcakes are good all by themselves, tart cranberries and cozy eggnog stirred right into the batter make them a warm treat featuring the two main flavors of the holiday season.

Topped with a spiced butter cream frosting that’s been whipped with melted white chocolate? Then you’ve got a dessert that’s literally made with Christmas cheer baked into every bite.

Share a batch of these Cranberry Eggnog Cupcakes with Spiced White Chocolate Buttercream Frosting with friends an family this year– they’re unforgettable and a great way to make a new memory!

A yummy cupcake that takes the flavors of Christmas and runs with them. Seriously, it's like taking a bite out of Christmas, and actually tasting it too!
0 from 0 votes
Print Pin Rate
Course: Dessert
Cuisine: American
Prep Time: 15 minutes
Cook Time: 22 minutes
Total Time: 37 minutes
Servings: 18
Calories: 217kcal
Author: Meaghan @ 4 Sons R Us

recipes adapted from Your Cup of Cake