Traditional soda bread meets sweet, flaky buttermilk style muffins in this easy Irish soda bread muffins recipe. They’re perfect for any meal of the day, and can be spread with butter, gravy, or whatever soup you’re serving. Whether it’s time to celebrate an Irish holiday like Saint Patrick’s Day, or it’s just time for a delicious meal, these muffins are a must have on your menu! 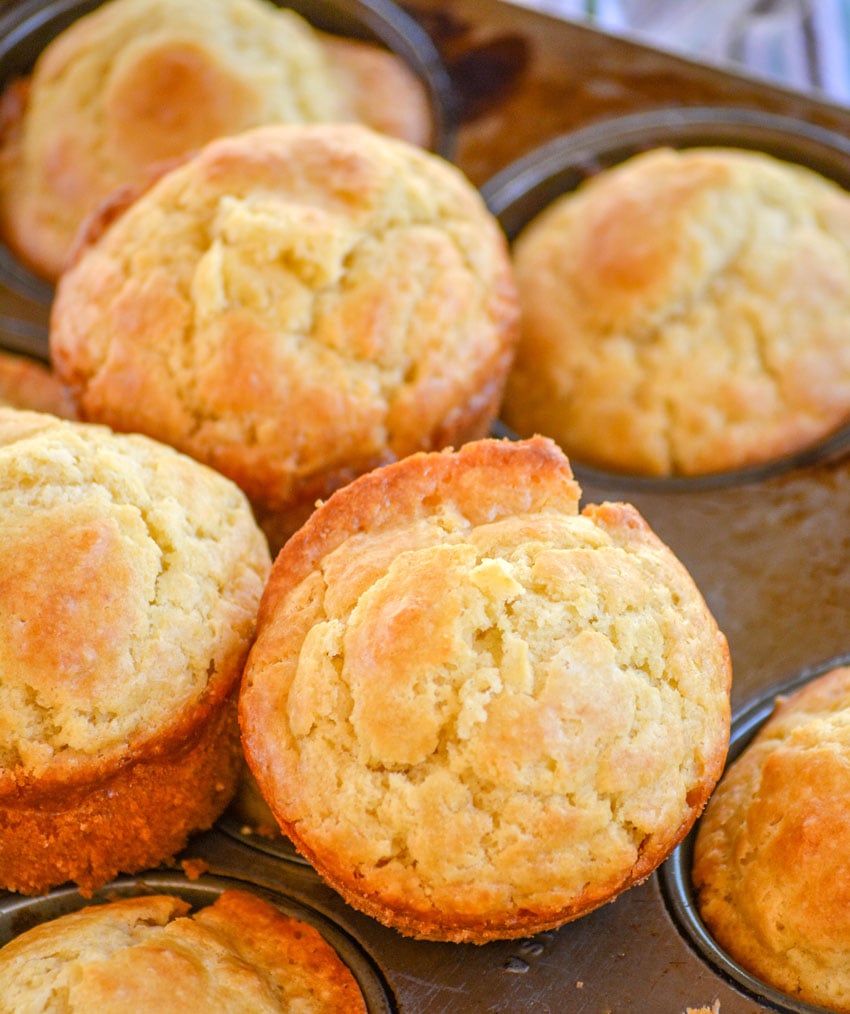 Every good meal calls for some kind of carb based bread to accompany it, or at least that’s what I was taught growing up. The same old adage still holds true in my more contemporary (but still bread friendly) kitchen today.

If supper’s on the table, you can bet there’s also a basket full of something- sliced bread, dinner rolls, or something of the sort.

Whether it’s paired with butter, or strategically meant to help sop up any and all delicious juices- it’s there.

Because bread often does have a purpose, whether it’s functional or flavorful, with our bigger meals- it means that I tend to think about and then purposefully pick which kind to pair with our menu. 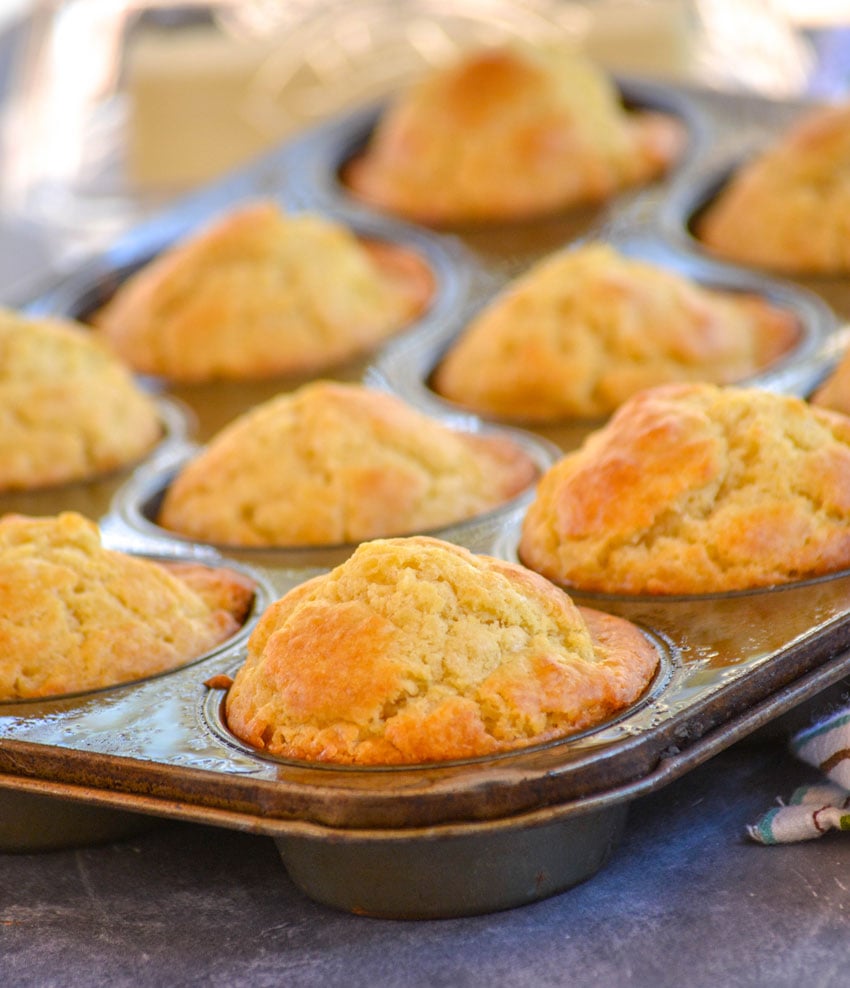 What Is A Traditional Irish Soda Bread?

Soda bread, especially when the word Irish is used, sounds pretty foreign. Which kinda makes it sound all the more exciting.

I mean anything with a foreign countries name in it always piques my interest!

Usually, I’d expect a special cooking method or some other secret, but the Irish were speaking my language when they created this simple bread method. It’s so simple it’s genius really.

Soda bread isn’t nearly as exotic as it may sound, y’all. The traditional Irish loaf is dense and unleavened- no yeast involved.

The soda in the name actually refers to baking soda. Since no yeast is involved, there’s still got to be something in the ingredients to rise. This bread is denser than traditional yeast bread, but not so flat it’s like hard tack. 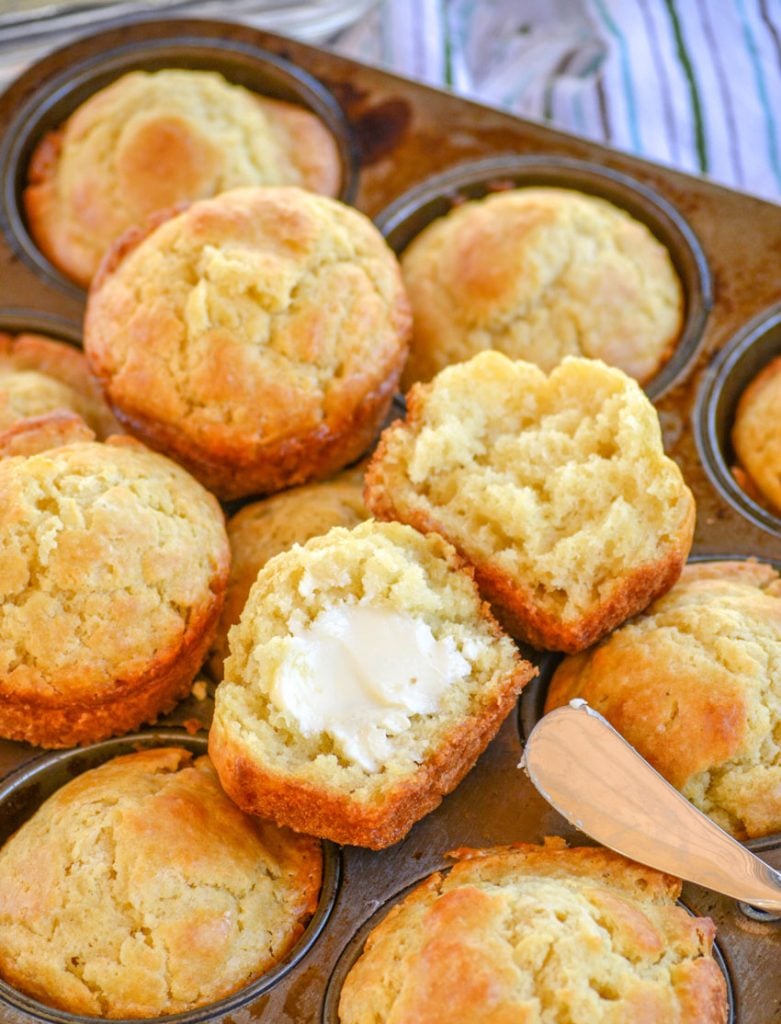 Simple Ingredients, Easy To Find Make Up The List For This Irish Bread Recipe

A traditional soda bread is made from a combination of flour, buttermilk, salt, sugar, and obviously the baking soda (instead of yeast).

While that’s the basis of the basic version, or should we say traditional? Many bakers have livened it up with some well known additions.

And I’m sure you’ll find just as many purists who insist upon flavorful additions such as raisins or even spices like caraway seeds in the batter and/or pressed into the loaf so they’re baked into the crust.

We have included the suggestion in the recipe card, but we kept the recipe itself basic.

Plain old easy Irish soda bread muffins that you can whip up and pair with so many different dishes- whether the holiday’s here or not! 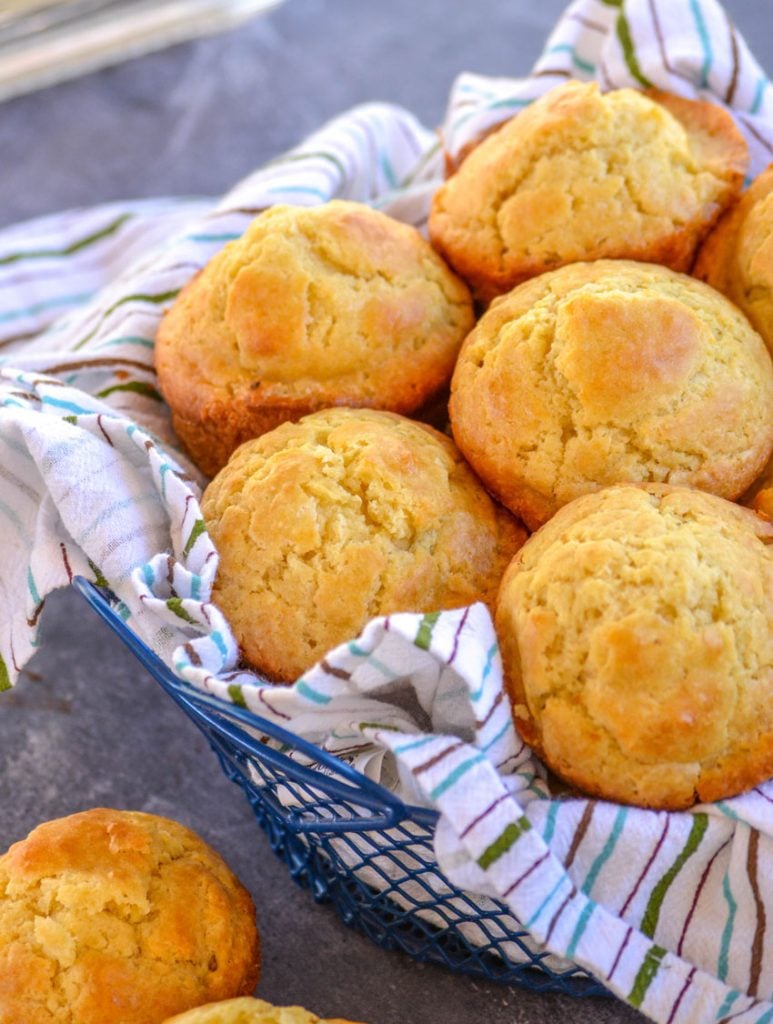 Making Irish Soda Bread Muffins- An Easy How To

Add the egg & egg yolk, whipping them in again until the mixture’s smooth and fluffy. Scrape any dough down from the sides and make sure it’s all evenly incorporated.

In a separate mixing bowl, whisk the dry ingredients together until smooth.

Reduce the mixing speed of your stand mixer (if using) to the lowest speed, then slowly add in some of the dry ingredients followed by some of the buttermilk until evenly mixed in. Repeat, alternating, until both are completely incorporated.

Line a cupcake pan with cupcake liners, or liberally spray it with non stick cooking spray. To each muffin well, add roughly 3 tablespoons of batter.

Bake the muffins at 350 degrees for 20 minutes, or until a toothpick inserted in the center comes out clean.

Remove the muffins from the oven, let them rest for 5 full minutes, and then run a butter knife around the edges to release them from the pan. Transfer them to a wire rack and let them finish cooling.

Serve the muffins while still warm, preferably spread with a pat of butter. 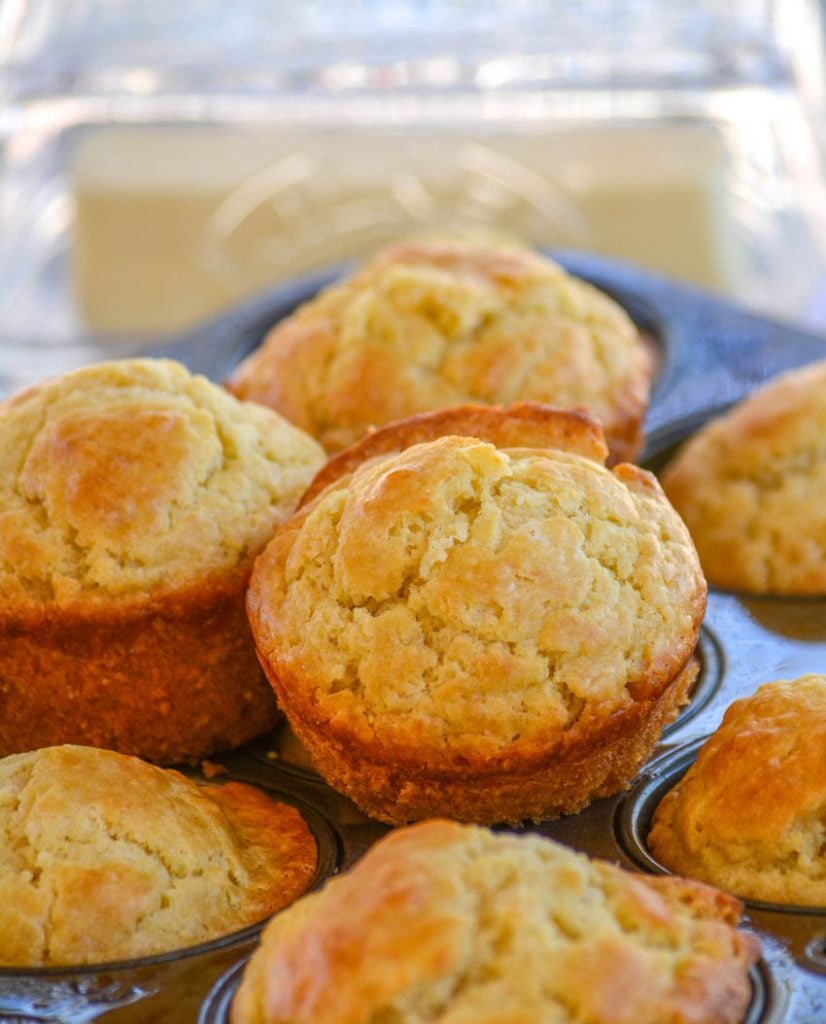 Meat & potatoes dishes always need to be rounded out with a good vegetable and a good bread, especially if there’s gravy involved.

These dense, but moist muffins make the perfect option. Especially since they’re quick and easy to whip up, even at the last minute, with no kneading necessary or waiting around on rise times.

Soups. Soups always need bread. Whether crumbled on top to absorb some of the rich, flavorful broth- or dunked in to scoop up a bite in lou of the more traditional spoon.

It’s the biggest reason I love these simple savory muffins. You can make a batch whenever the mood strikes, and then keep them on hand to pair with whatever you feel like fixing throughout the week.

If you’ve tried these EASY IRISH SODA BREAD MUFFINS, or any other recipe on the site, let me know in the comment section how it turned out, we love hearing from our readers! You can also follow along with me on PINTEREST, FACEBOOK, and INSTAGRAM to see more amazing recipes and whatever else we’ve got going on! 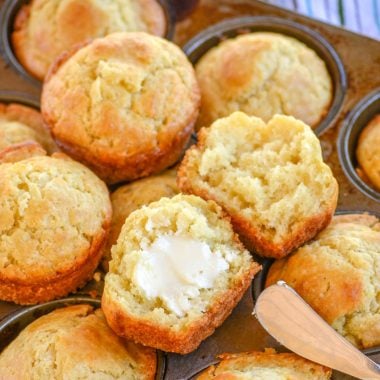 These are very basic Irish soda bread muffins. If you want them to be more authentic, you can add raisins and/or caraway seeds to the batter. This recipe yields roughly one dozen muffins, and the serving size is 6 at 2 muffins per person.