A handful of ingredients and just 20 minutes total is all that stands between you and a delicious bowl of homemade clam chowder. This Instant Pot clam chowder is rich and comforting and loaded with all the classic flavors. It’s hearty and filling enough to be dinner on even the coldest winter night. 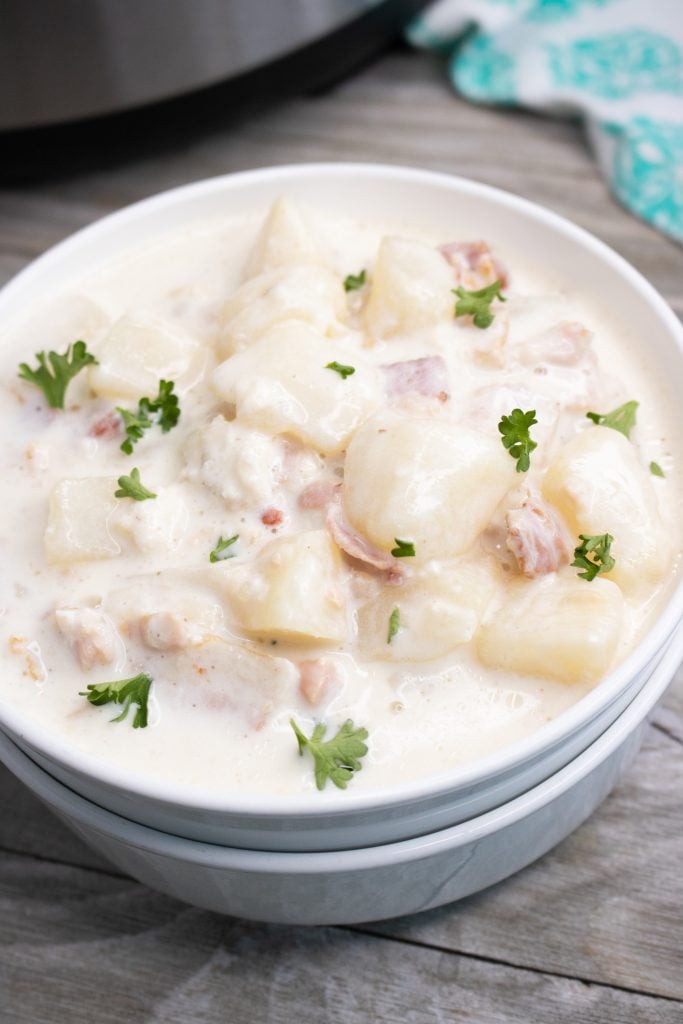 Do you have any foods that bring you back to childhood?

Foods that scream nostalgia and make you feel like you are 8 years old again?

For me one of these foods is clam chowder. 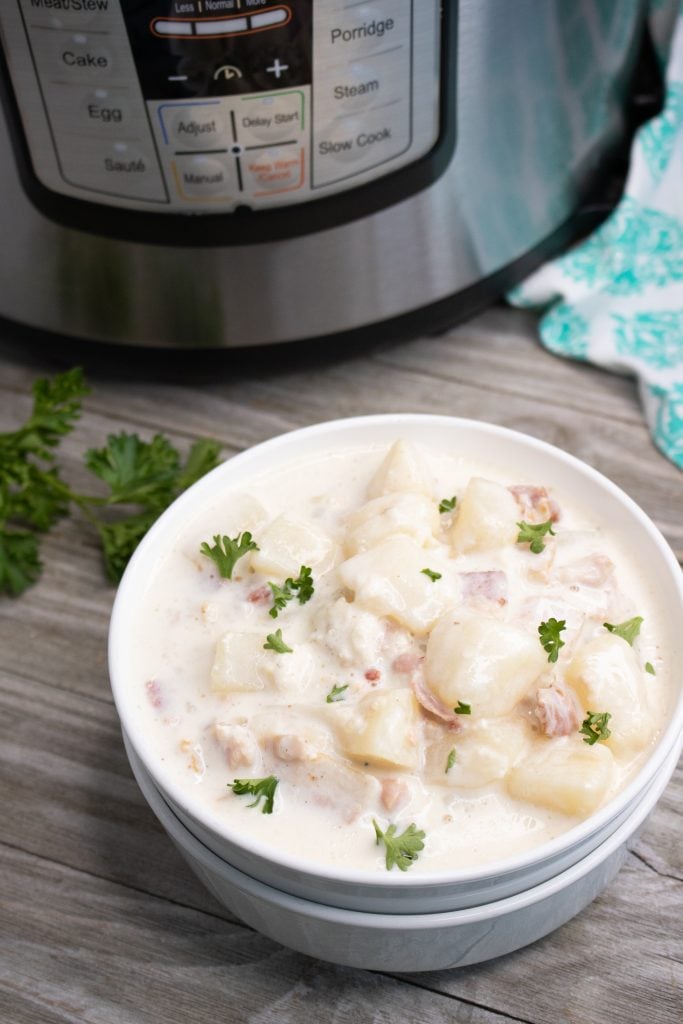 My dad used to buy canned chowder in bulk. Actually come to think of it, this habit of his kind of turned me on to my Costco habit.

But anyway, clam chowder was his very favorite soup.

Sometimes, he’d share a bowl with me. I used to love it.

I always felt so special, that he would share his favorite soup with me so it was always a treat when it happened. 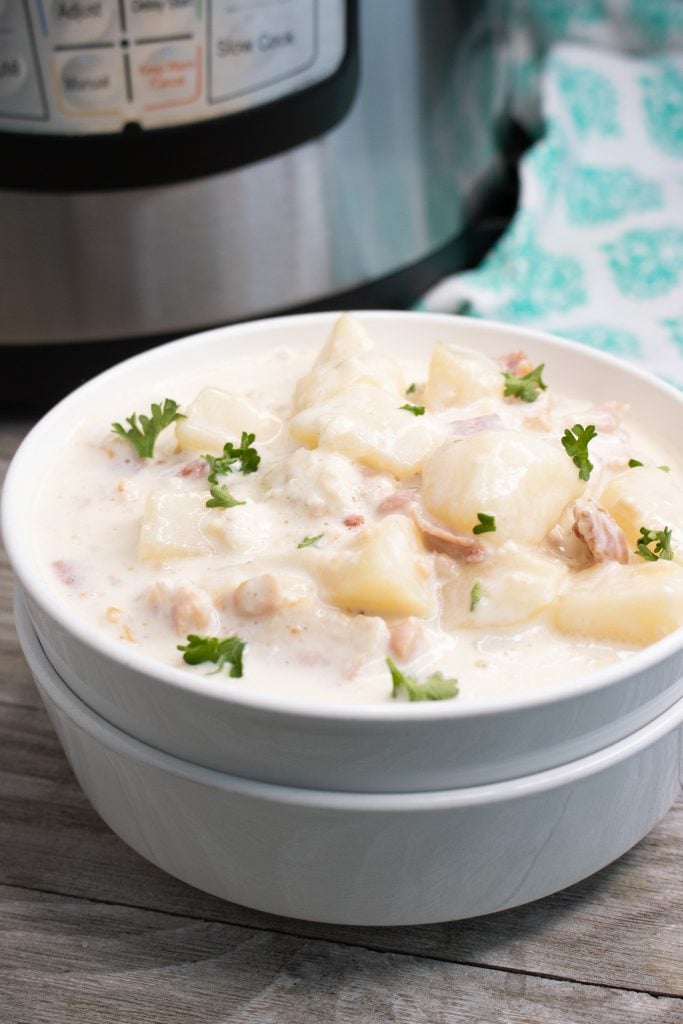 At least that’s what I thought then.

When I grew up I found out that the nights he shared his clam chowder with me it was because my Mom was away for the evening and he didn’t feel like making dinner.

It doesn’t matter though.

For me clam chowder still feels special and always reminds me of my meals with Dad. 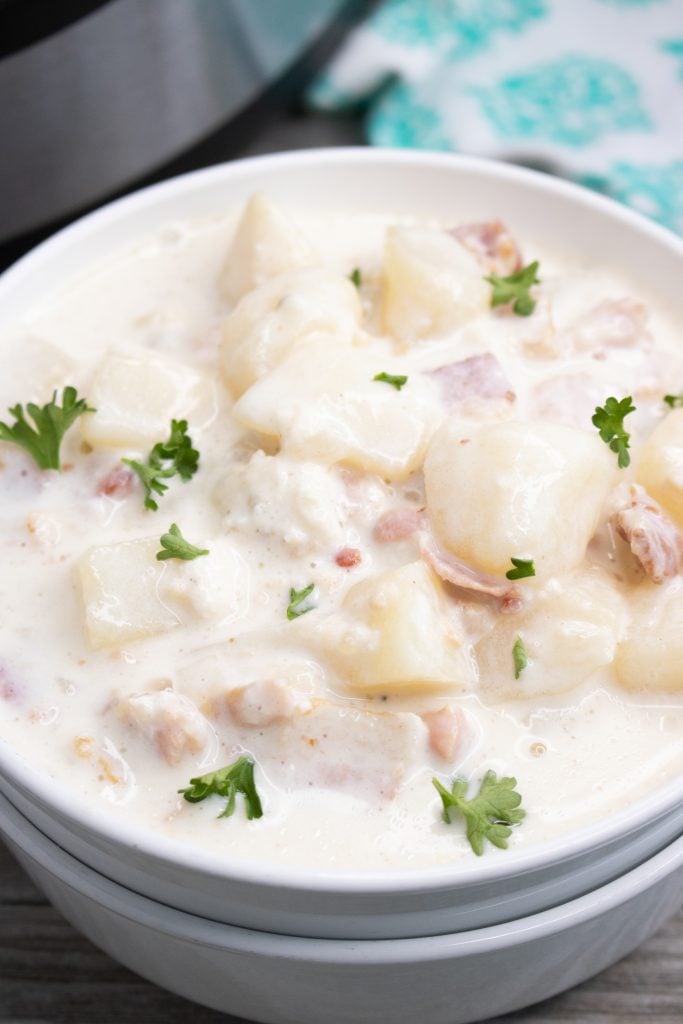 So of course, I love to have a steaming bowl of clam chowder to enjoy a nostalgic treat.

At first I was worried that it would be difficult to make because it’s seafood. Sometimes seafood tricks you like that.

You think because it is seafood that it might be harder because seafood is a little fancy.

This Instant Pot clam chowder is so easy. The hardest part of the prep is cutting the potatoes, onions and bacon.

Beyond that? No obscure ingredients and no complicated prep. The Instant Pot makes it so easy.

Just turn the Instant Pot on saute mode and brown the bacon and cook the onions.

Then stir in the clams and cornstarch before you add the potatoes, water, and salt and pepper.

Give it a good stir to mix and then put the lid on the Instant Pot before letting it cook for 3 minutes and doing a quick pressure release.

To finish just stir in half and half and turn the Instant Pot back on saute mode to heat it through. 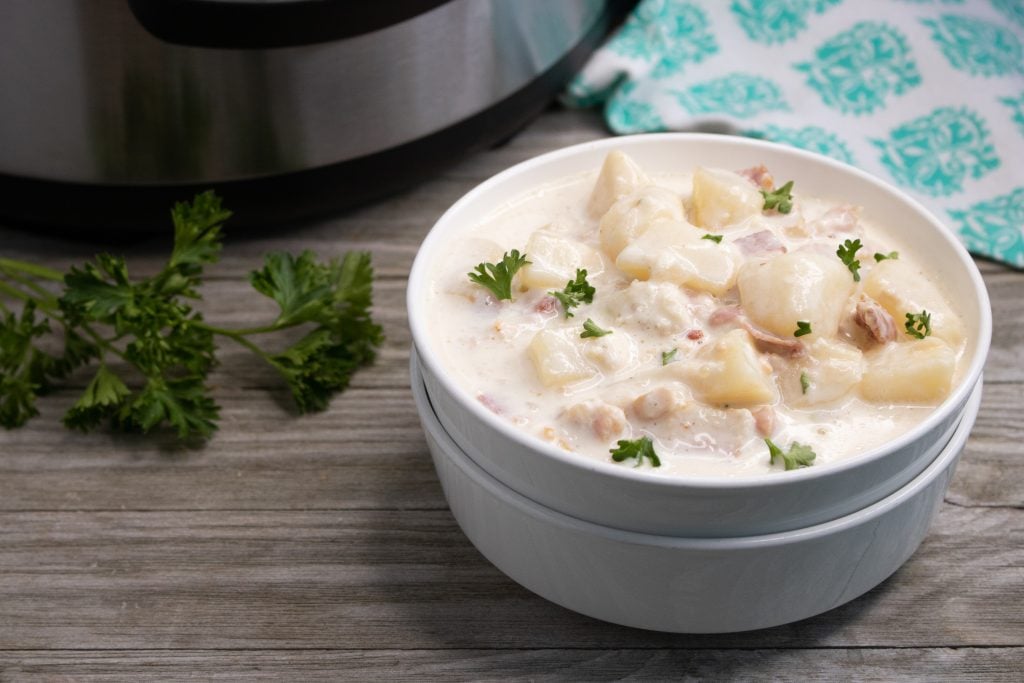 Before you know it, this Instant Pot clam chowder is ready and you’ll be enjoying a bowl of my favorite nostalgia.

If you’ve tried this INSTANT POT CLAM CHOWDER, or any other recipe on my site, let me know in the comment section how it turned out, we love hearing from our readers! You can also follow along with me on PINTEREST, FACEBOOK, and INSTAGRAM to see more amazing recipes and whatever else we’ve got going on! 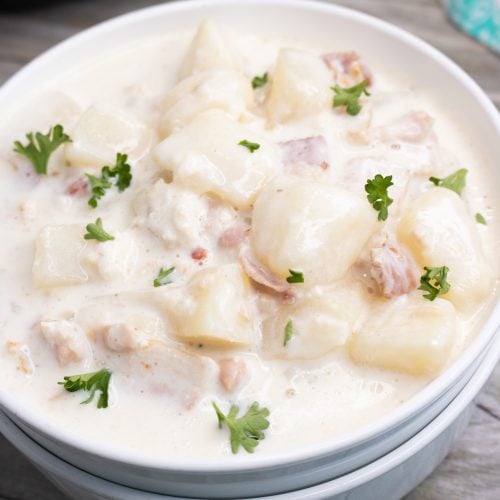