I feel like it’s been forever since we talked about dessert. Last month was soooo long ago. And let’s be real, that is way to long to go without treating yourself to something sweet.

Dessert isn’t the only time to enjoy a bit of sugar though. Snack time can be plenty sweet too. 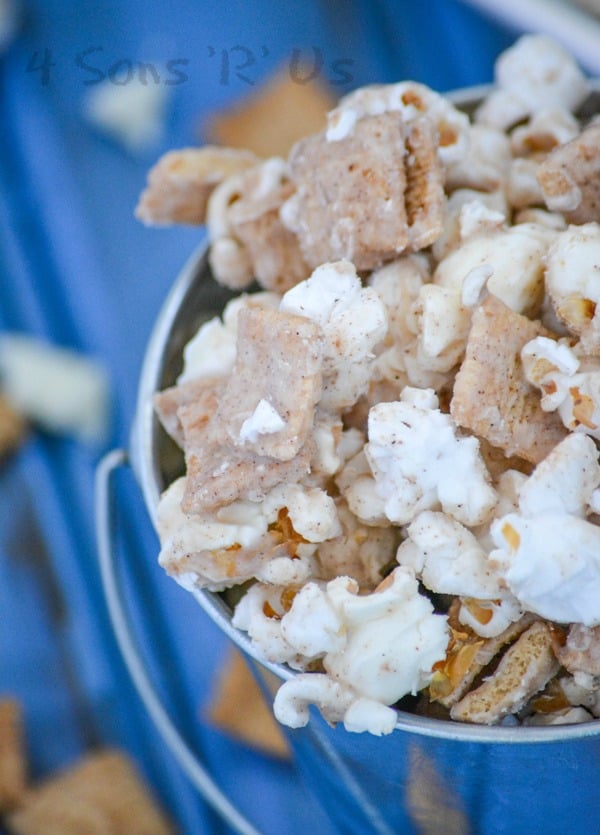 The kids and I all enjoy sharing a big bowl of freshly popped popcorn when a craving hits in the middle of the afternoon. It’s quick, it’s easy, and it’s fairly filling.

Pair it with a decent movie before the evening activities start, and we’ve managed to squeeze in some q.t. on the d.l. on a school day. Mission: Accomplished. 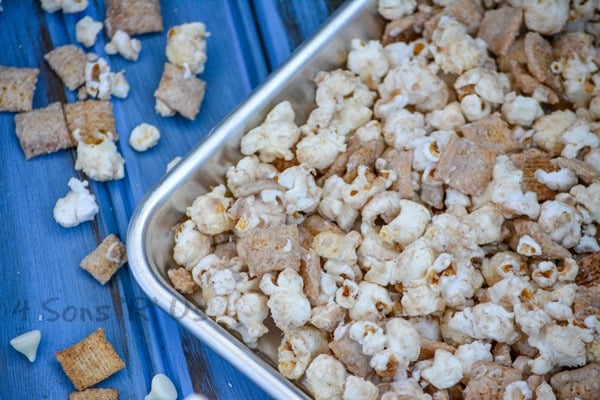 Buuuuuut, in the end you all know I can’t leave anything alone– especially something ‘plain’. Everything could always use a little something extra. Seasonings. Add in’s. You name it, we’ve probably tried it and quite possibly blogged about it.

We’ve added some heat with our Buttery Cajun version. And we’re no strangers with sweet, just take our Cinnamon Roll Caramel Popcorn for example. So it should come as no surprise that we’re back at it again, ready to share with you our favorite new way to insert a bit of dessert into our snack time routine.

Well technically, it’s a bit of breakfast, a dash of dessert, all stirred into a snack time mix and it’s name is Cinnamon Toast Crunch White Chocolate Popcorn. 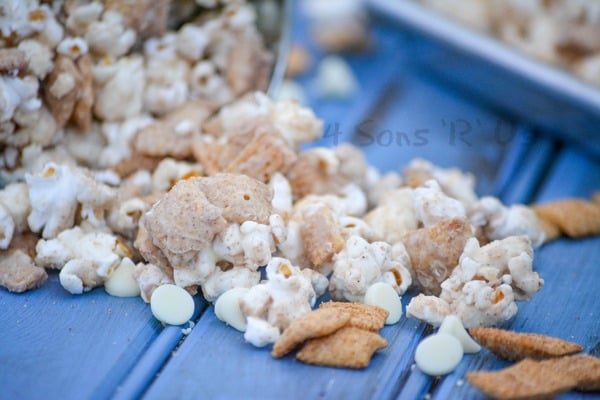 Snack time, an after dinner treat, it’s perfect for all occasions. Shoot, on the weekend or a special occasion you could probably pass it off as breakfast. I know there wouldn’t be any complaints around here.

It’s quick and easy to whip up, simple enough that the sons’ can do it without having to ask for permission. Provided they clean up their mess, but that issue has nothing to do with the snack mix itself. It’s so good, that I have been known, on occasion, to clean the mess up afterwards myself- in exchange for a bowl, or two. 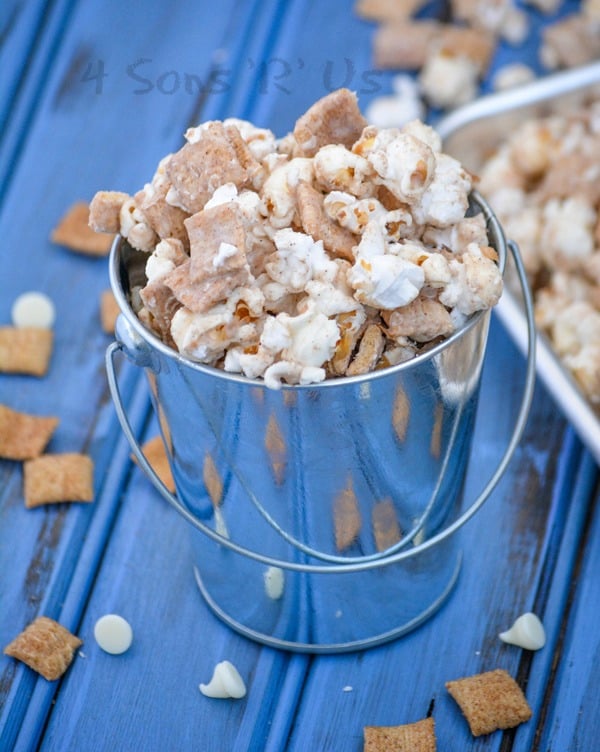 Stir the prepared mix in an airtight container to keep it from getting rock hard. Chunks may still form, but they can easily be broken up into smaller, edible clusters.