It’s quick and easy, it’s creamy pasta Heaven. Studded with crispy crackles of bacon, chunks of tender juicy chicken, and bound together with a thick Caesar dressing- it’s a full meal that masquerades as a hot pasta salad. 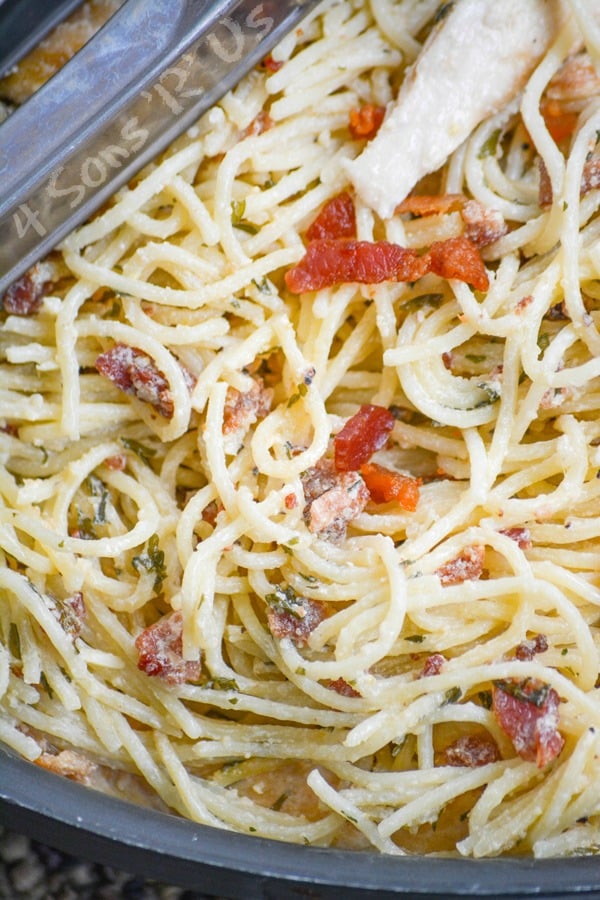 Yes, I know. I’ve been MIA most of the past week or so. Here’s my formal apology. I look forward to posting new recipes for you guys, probably I’m guessing just as much as you like viewing them. Or having them delivered to your inbox if you’ve subscribed to our blog.

That being said, you would think this job is gravy. I make food for my family and get paid for it, right?? 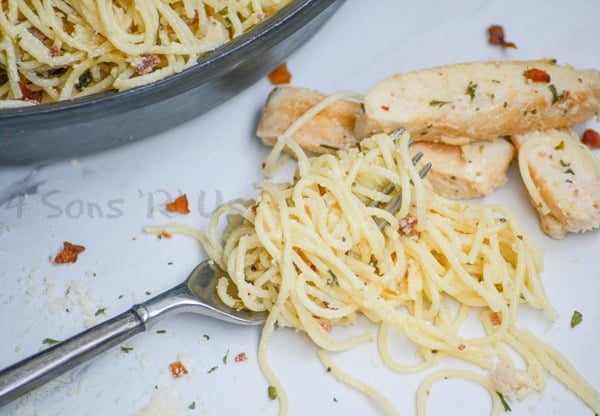 l wish it was so cut and dry.

I make what I make for my family, that’s true– but in order to get pictures when the lighting’s good, that means cooking in the AM hours, and then re-heating at the end of the day for our last meal.

Luckily, the huge adjustment has been met with good graces by my guys. 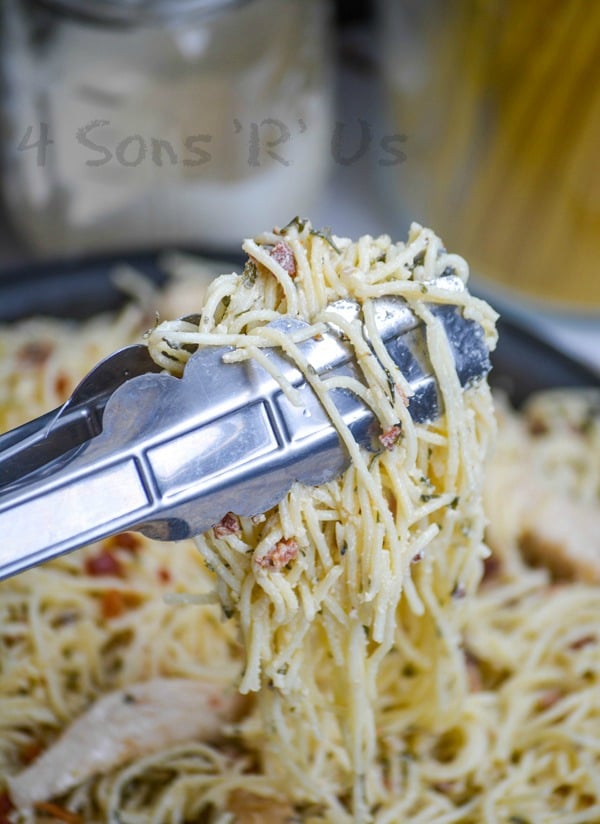 Only reason I’m mentioning this, is that there’s a lot of work involved.

So while I haven’t been posting new recipes the past week, I HAVE been editing them. And there’s quite a backlog. It goes all the way to August of last year.

I’m back in the game now though, folks. With plenty of recipes coming your way. 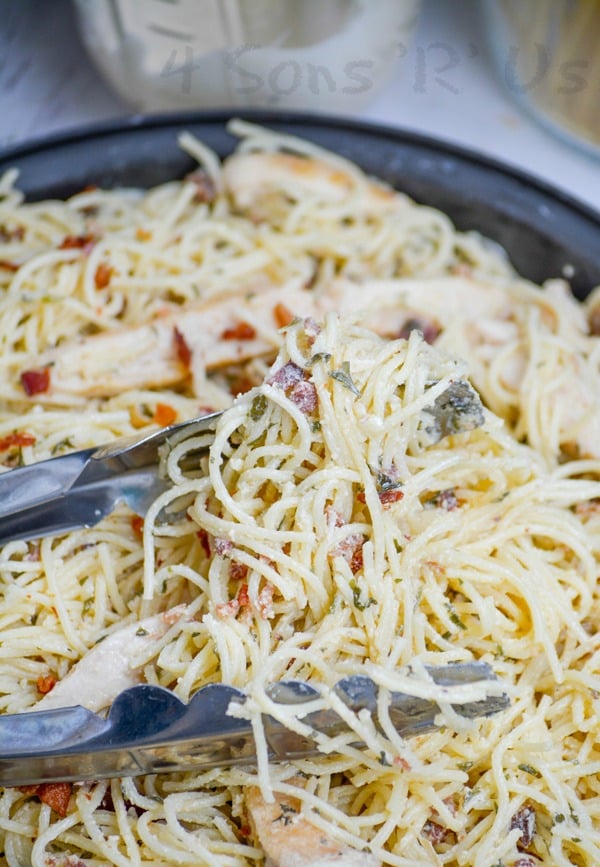 The first of which is this to die for Chicken Bacon Caesar Pasta.

Creamy spaghetti noodles swirl around chunks of rotisserie chicken and crisp pieces of bacon, in a sauce made of your favorite dressing.

Stirred with freshly grated Parmesan cheese, a dash of lemon juice, and sprinkled with salt and pepper. 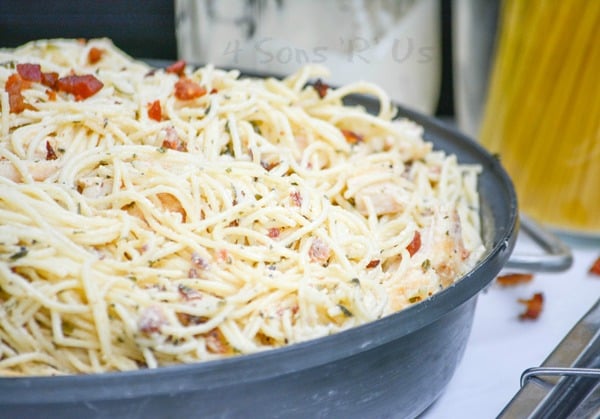 That’s how you get all of the awesomeness in one pot that is Chicken Bacon Caesar Pasta.

It’s light and refreshing, making it a perfect meal for Spring and Summer. But, featuring two meats and of course a heaping helping of pasta– it’s hearty enough to feed all the troops come supper time.

Other Pasta Recipes You May Enjoy: 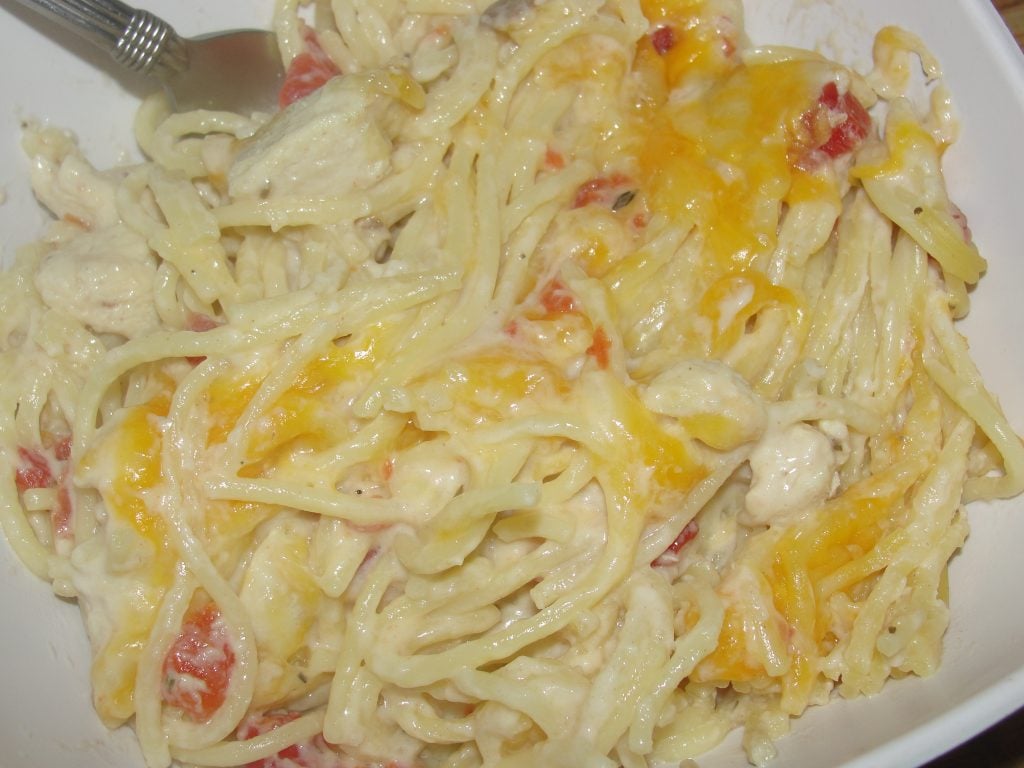 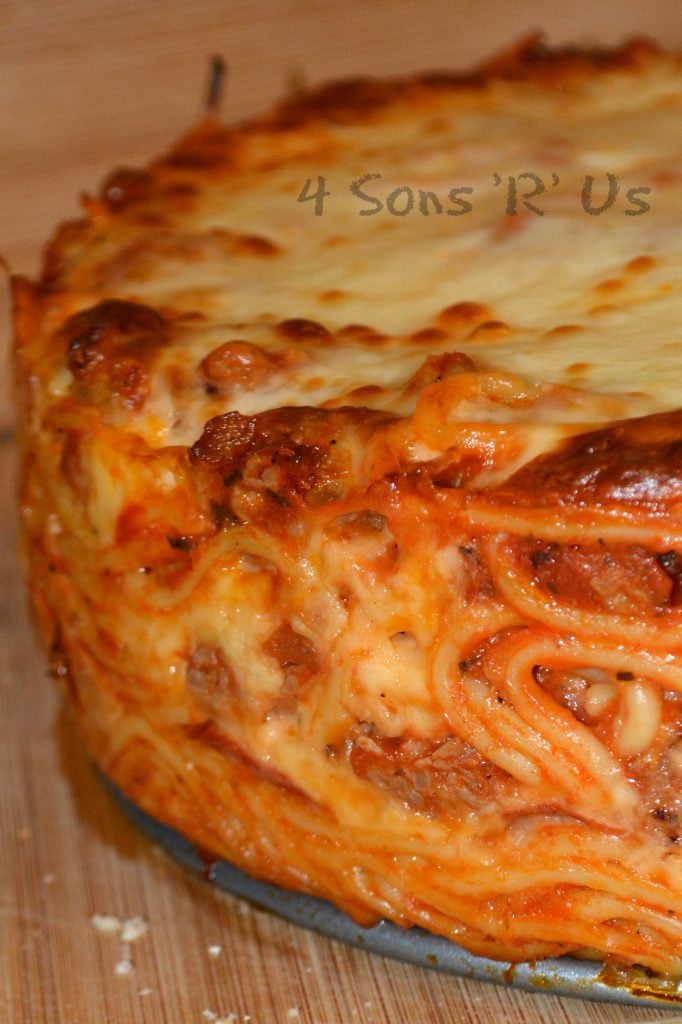 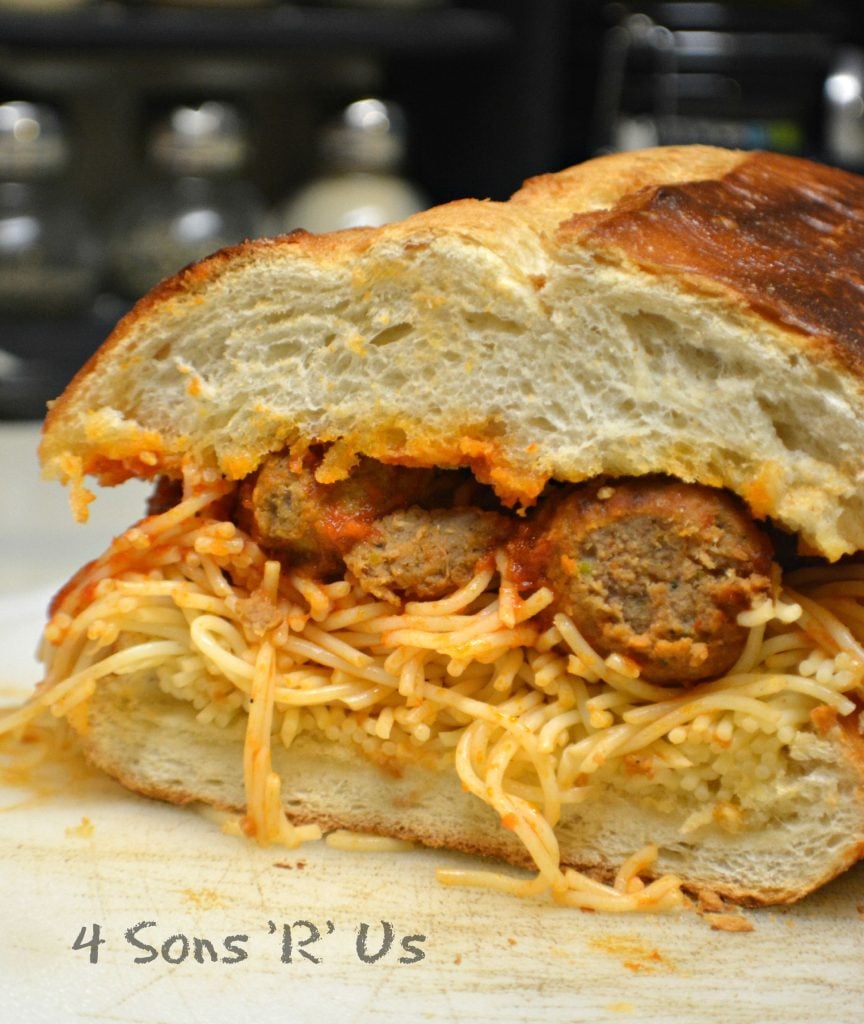