These apple cider baked beans are a delicious way to bring your favorite summer barbecue side dish into the fall. This easy slow cooker baked beans recipe can be put together in just a few minutes for a hearty side. 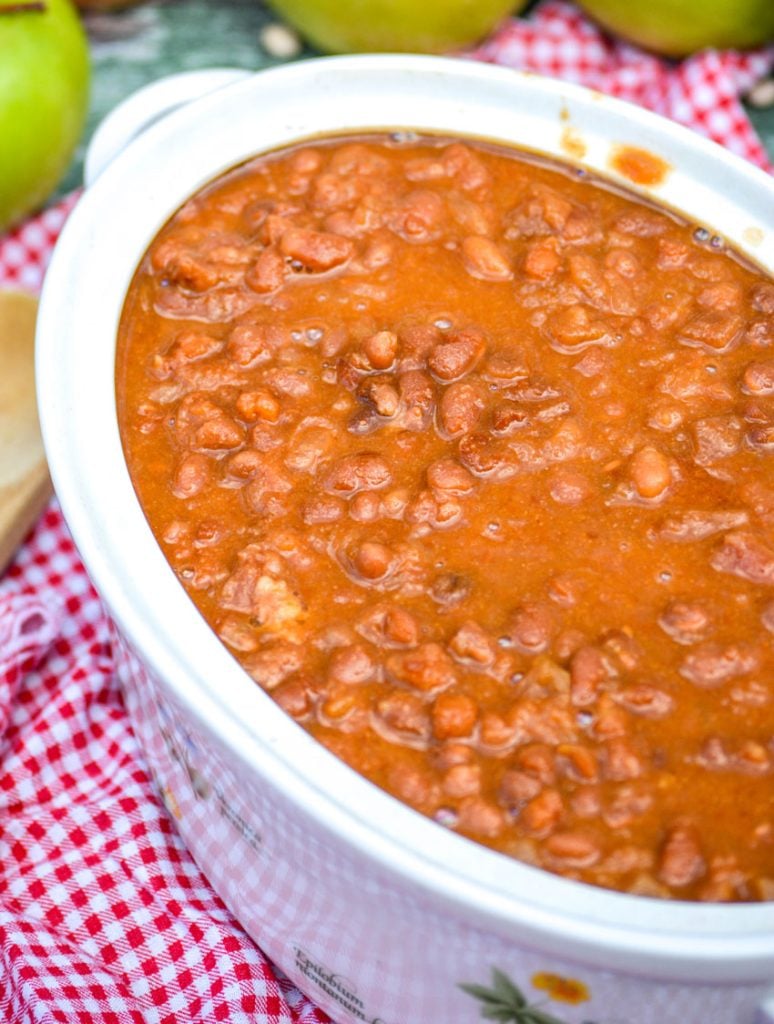 As much as I love fall and the upcoming holiday season, I’m not ready to fully let go of summer barbecue season. Tailgating and football are great reasons to keep barbecue season alive and well as the weather cools off.

In order to make barbecue season feel a bit more fall appropriate, I updated some classic recipes. These fall twists on the classics gave me these deliciously sweet apple cider baked beans. 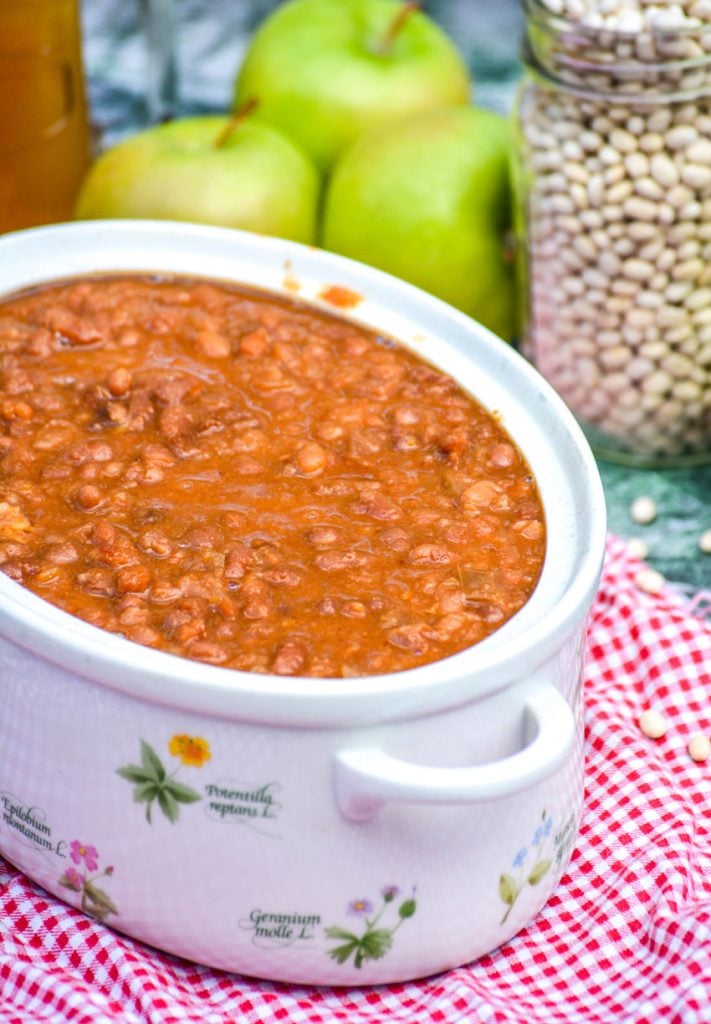 What kind of beans to use in homemade baked beans?

Any baked bean recipe starts with one thing: the beans!

For my apple cider baked beans I’m using two cups of dried navy beans. And don’t let the name fool you. Navy beans are a variety of white beans.

To use them in this recipe, you’ll wash them and soak them overnight prior to adding them to your crock pot. 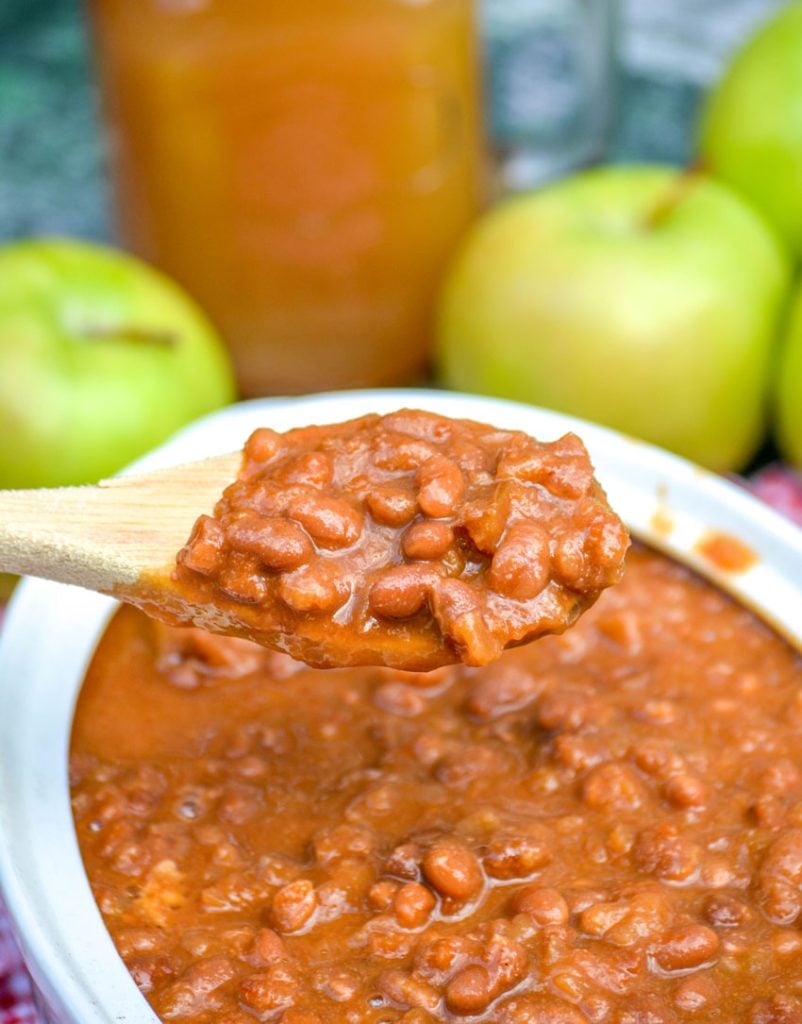 Many kinds of baked beans are served in a sweet brown sugar or molasses based sauce.

Instead of basing all the flavors of the baked beans on the brown sugar or molasses, I’m stealing a trick from popular barbecue sauce recipes and using a fruit base for this sauce the way this apple cider barbecue sauce does.

The apple cider provides a lot of the sweetness so you don’t need to use as much molasses. And because it has so much sweetness, I’m not including any brown sugar in this recipe.

Trust me, it will be plenty sweet enough with the sugar. Plus, the other flavors in the sauce provide a nice balance.

Dijon mustard gives it a little kick. Apple cider vinegar lets it have a nice tang. Soy sauce helps deepen the color and gives it a bit of saltiness that the ham hocks reinforce.

And if you don’t have or can’t find ham hocks? No worries, cut up a few slices of bacon and add it to the pot. 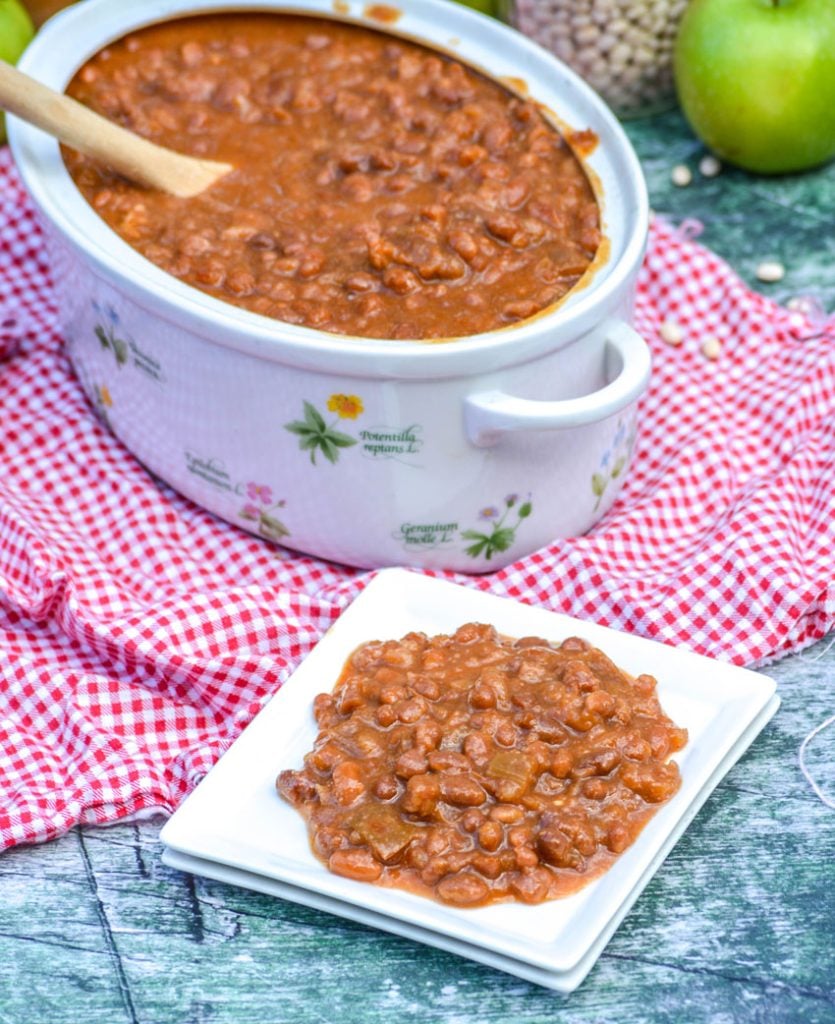 Making these apple cider baked beans is easy. Just dice up the onion and then add all the ingredients to the crock pot. Then cover and turn it on low. Then let it work its magic and cook for 6 to 8.

What to Serve with Apple Cider Baked Beans 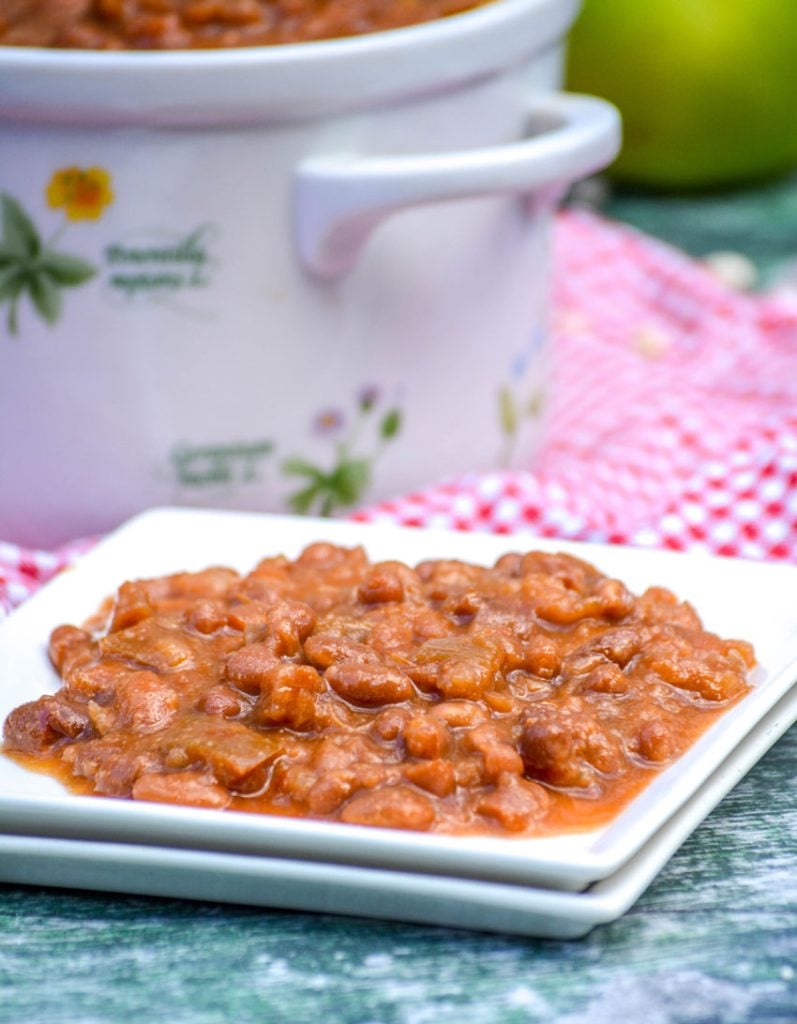 No matter what you serve them with, these homemade baked beans will have you skipping canned baked beans for good!

If you’ve tried this easy APPLE CIDER BAKED BEANS, or any other recipe on my site, let me know in the comment section how it turned out, we love hearing from our readers! You can also follow along with me on PINTEREST, FACEBOOK, and INSTAGRAM to see more amazing recipes and whatever else we’ve got going on! 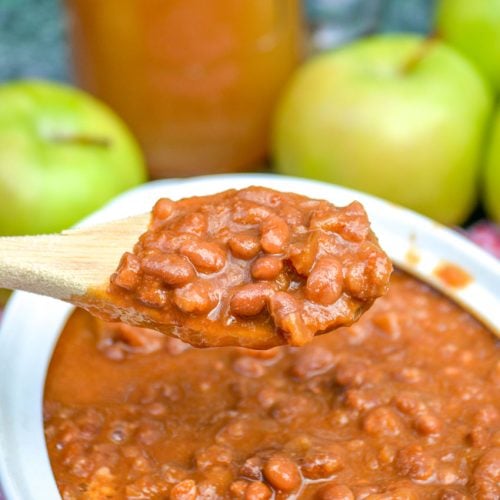 Don't have any ham bones handy? You can sub in several strips of thick cut bacon. You could also add in regular diced ham if wanted. It's just about getting the meat in some form in there to infuse the beans with the flavor.