Do you love a good tuna melt? Then these stuffed tomatoes are for you. Ripe, juicy hollowed out tomatoes are stuffed with hearty tuna salad before being topped with spiced Havarti cheese. Just like the iconic open faced sandwich these are baked in the oven– roasting the tomatoes and baking their flavor right into the tuna while melting the cheese to form a golden brown crust on top. Embrace one of the quintessential fruits of the Summer weather and grab a bunch of bright, fresh tomatoes on your next grocery run. You won’t regret forgoing the bread an opting for these Tuna Melt Stuffed Tomatoes instead. 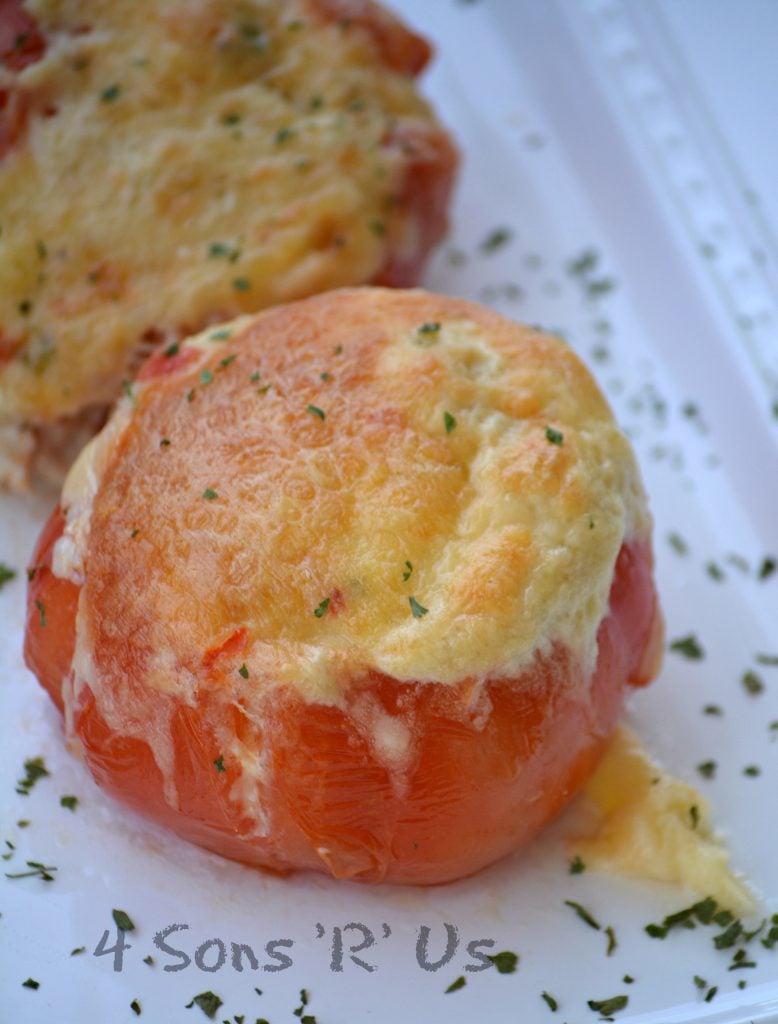 Summer’s here, which means that for our house– lunch time is now just as big a production as dinner although on a slightly smaller scale.

Sandwiches and chips, grilled cheese and soup, summer salad. pasta salads, mac & cheese; they’re all favorites around here and typically I serve variations of each depending on the day and what strikes my fancy. 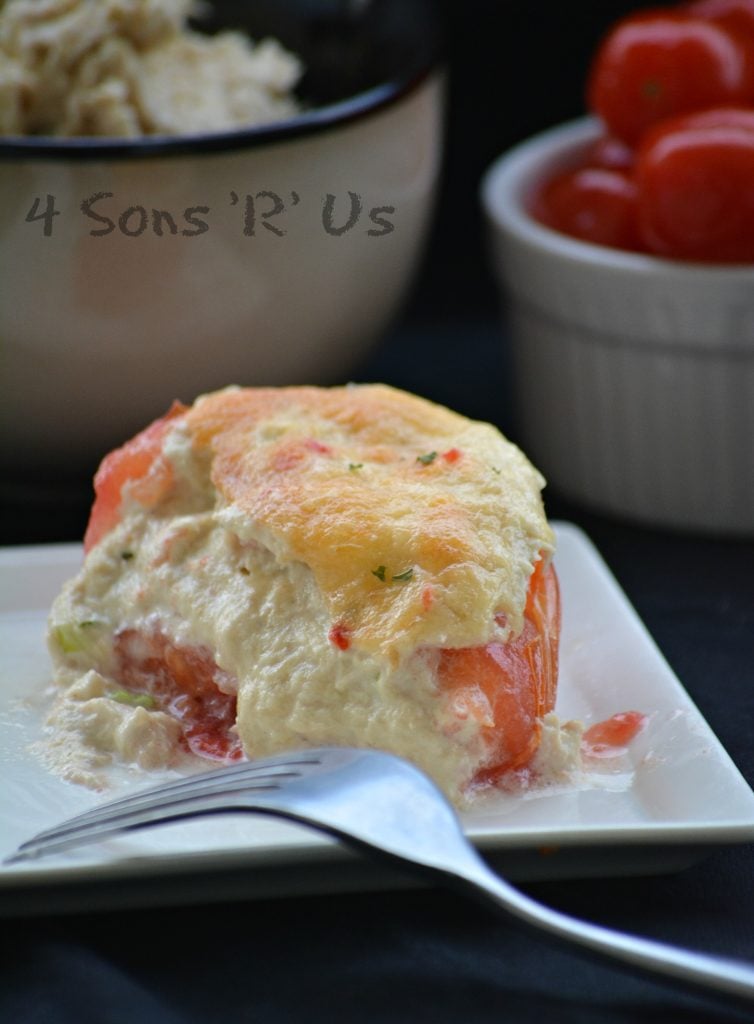 And speaking of sandwiches– by now ya’ll know my deep rooted love of the tomato on toast version. It’s darn near impossible to beat in my opinion. Yet beat it I’m pretty sure I just did.

No longer an open faced sammy– we’ve eliminated the bread and stuffed our tuna salad into a rich, vine ripened tomato. We’ve helpfully included all the melt though with a golden brown, spiced Havarti crust on top.

Bye bye bread– instead of toasting as it cooks the tomato roasts and it’s sweet flavor is pulled right in and absorbed into the tuna salad. It’s nothing short of amazing. 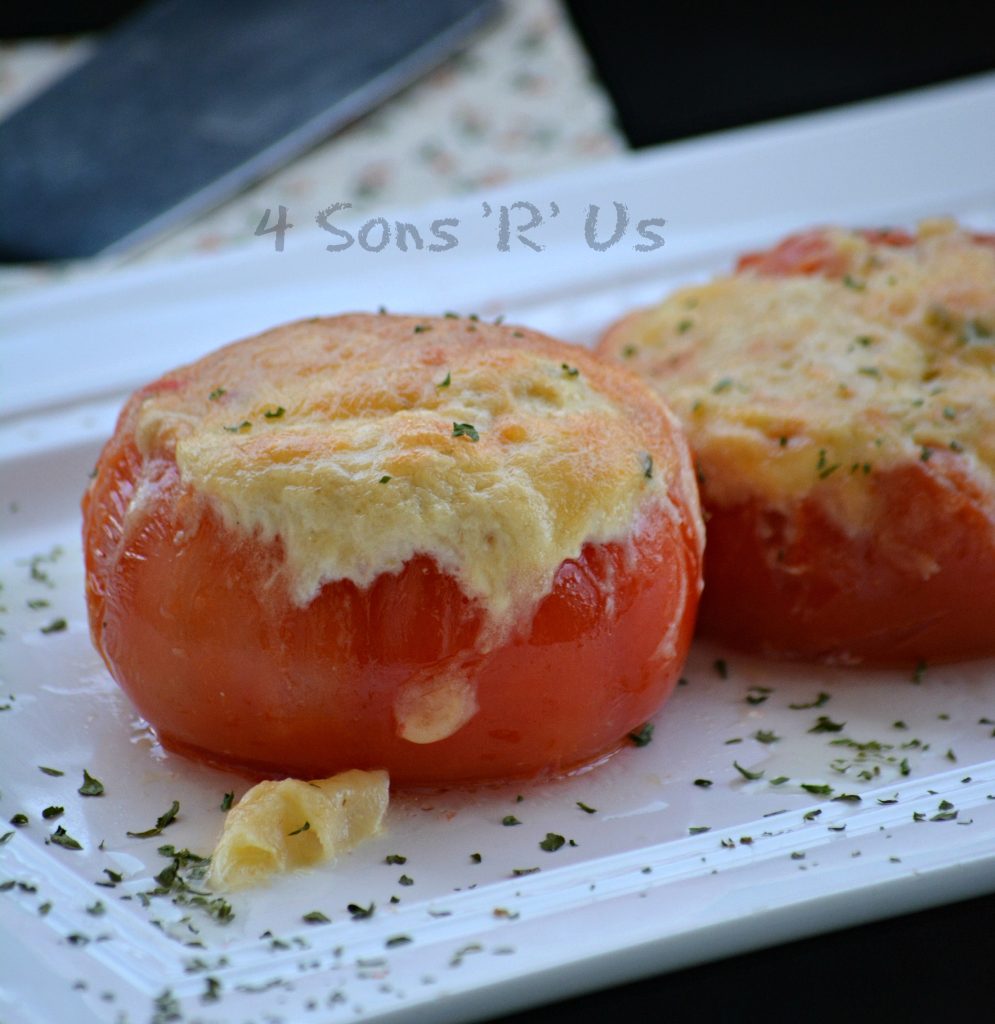 Hardly anymore work involved than with a regular, open faced tuna melt but with a delicious new twist.

Less carbs, more veggies which is good for you and me, but served in a way that my kids will eat every bite without a single complaint??

Yes, yes. All the yesses.

Before I go, I was taught to always give credit where credit is due so thanks to my Grandmama for her lush gardens growing up and for forcing me to tend to them and pick fruit even on the days I was complaining all the way. They’re some of the best memories I have from my childhood, and are directly responsible for much of the love I have for certain fruits and vegetables and flavor combinations. Especially, the tomato 🙂