When the weather’s cold, rainy, or gloomy- this quick & easy Slow Cooker Split Pea Ham & Barley Soup is just what the Doctor ordered for dinner. Loaded with hidden veggies, this healthy soup makes a hearty meal the whole family will fall in love with- even the kids! 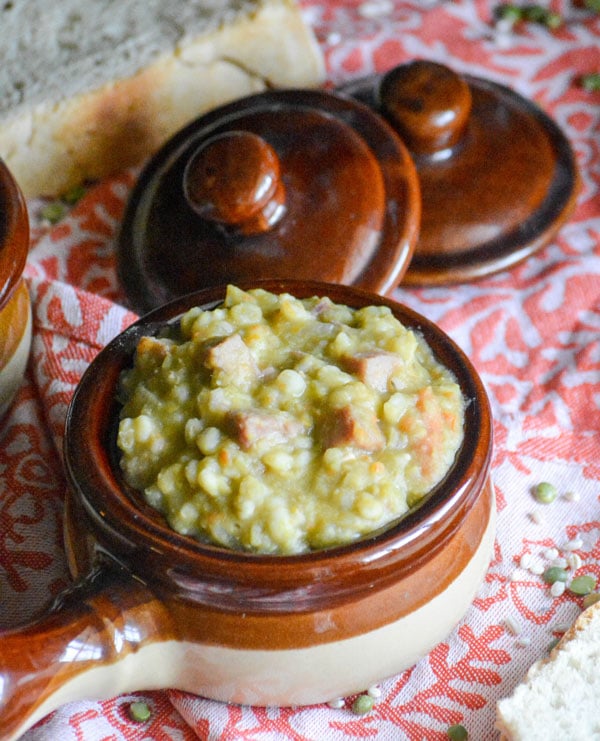 This is the fun season in Virginia between Winter & Spring. Yes, I meant to say season. It’s a four week period where every day is up in the air.

One day we’ve got balmy temps and Spring sunshine and maybe even a slight breeze. The very next day, we’ve got frozen dreary abysmal days where you’ve got to totally bundle up just to brave the day. 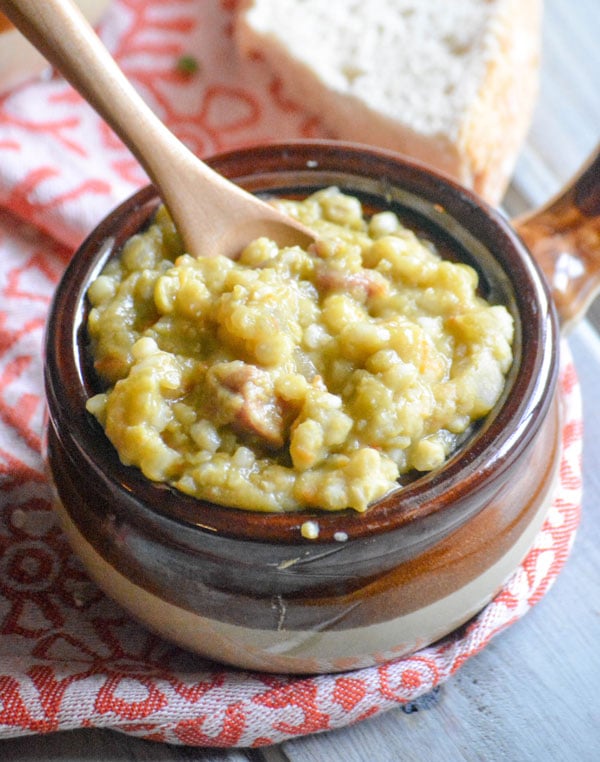 Each day is a total guessing game, without any precedent. It’s like winning, or losing, the forecast lottery every morning when you wake up. 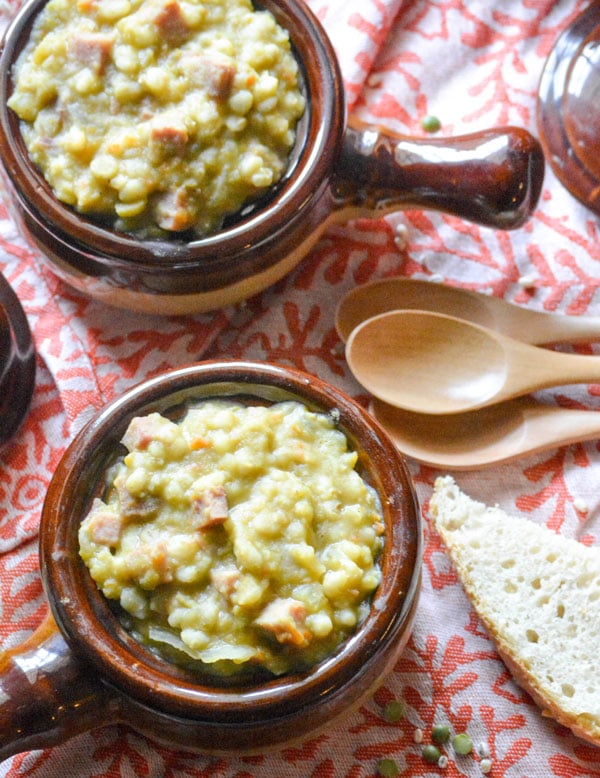 Which is why, even on the tail end of Winter when it may be a comfortable 70 degrees out with a refreshing shower, we’ve still got a batch of this uber yummy Slow Cooker Split Pea Ham & Barley Soup going.

Because while today might be comfy, tomorrow it’s not even supposed to reach 60 degrees out. 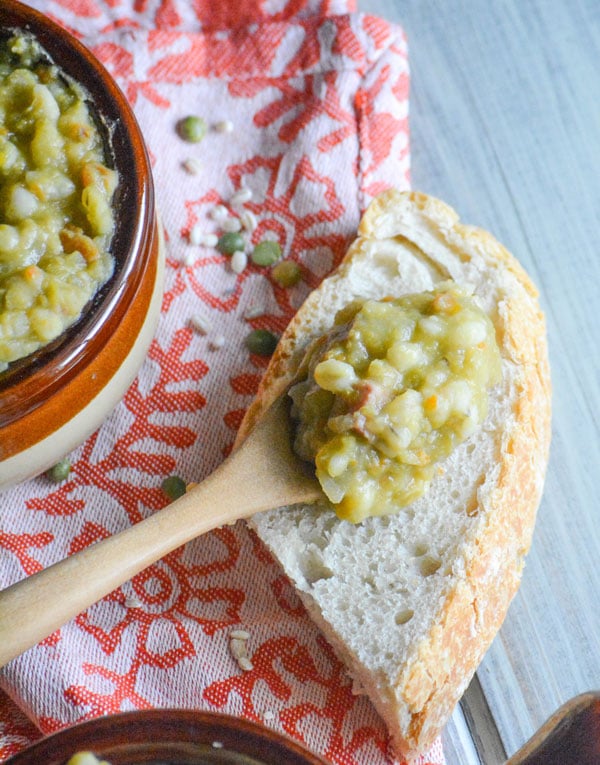 There’s never a wrong time of year for soup for me, or in our home.

Still, at this time of year it’s very much a mandatory comfort dish. 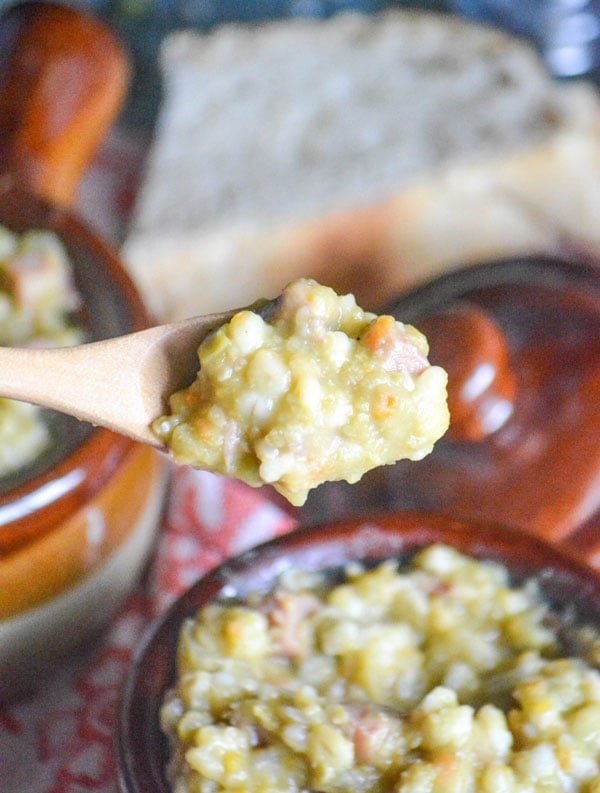 It’s got this Southern gal’s Mama & Grandmama’s seal of approval. Even my boys dig into every bowl, even knowing it’s full of healthy veggies.

Most of the time, they even come back for seconds! 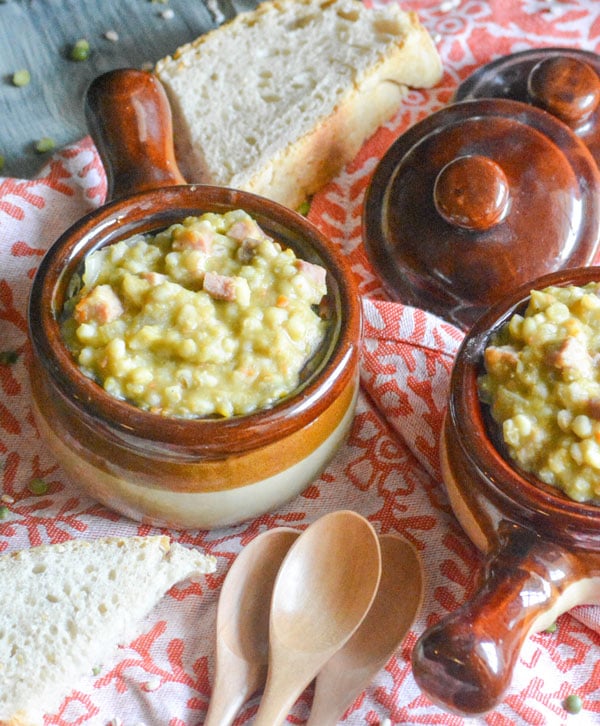 I’m not gonna lie, I adore it- especially considering it’s super quick to get ready.

I’m talking maybe 5 minutes to layer everything in the crock pot, pour in the liquid, seal the lid, set it and forget it until supper time.

Remove the bay leaves, give it a good stir and watch the magic as everything comes together combining into an amazingly delicious cold weather soup. 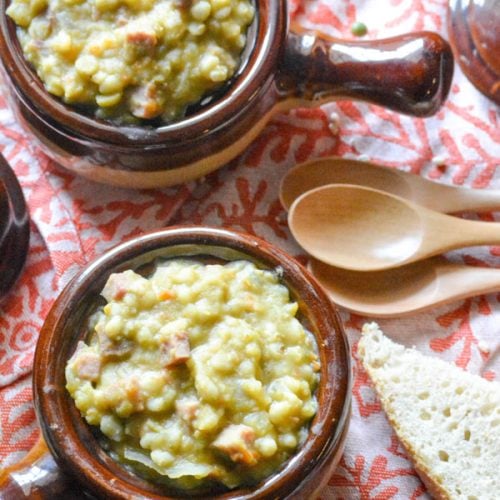