While most donuts are sweet, these baked donuts hide the yummiest savory surprise inside. Crisp on the outside, with a creamy, cheesy center– Macaroni And Cheese Donuts are a bucket list experience. 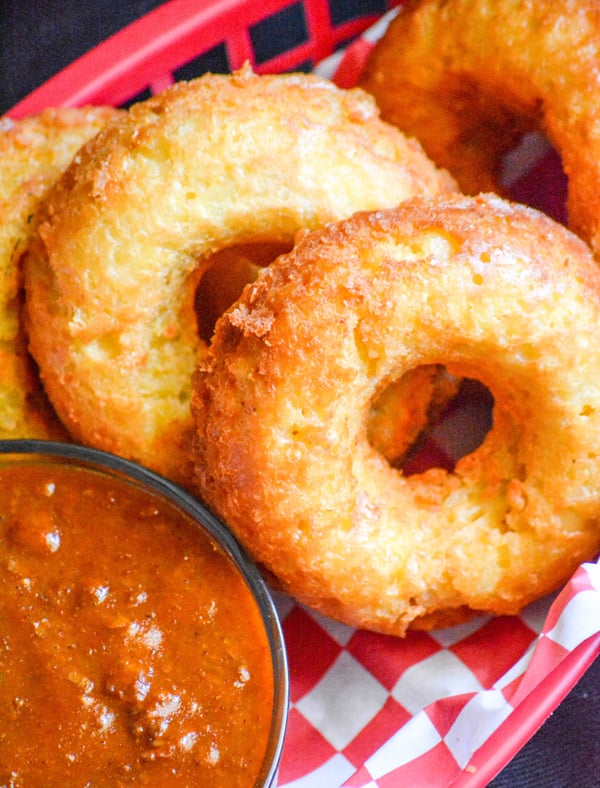 Once you start down the road of home made mac and cheese, there’s no going back.

It’s creamy, it’s cheesy- it’s pretty much unforgettable. And, in some circles, unforgivable if you don’t go for it. 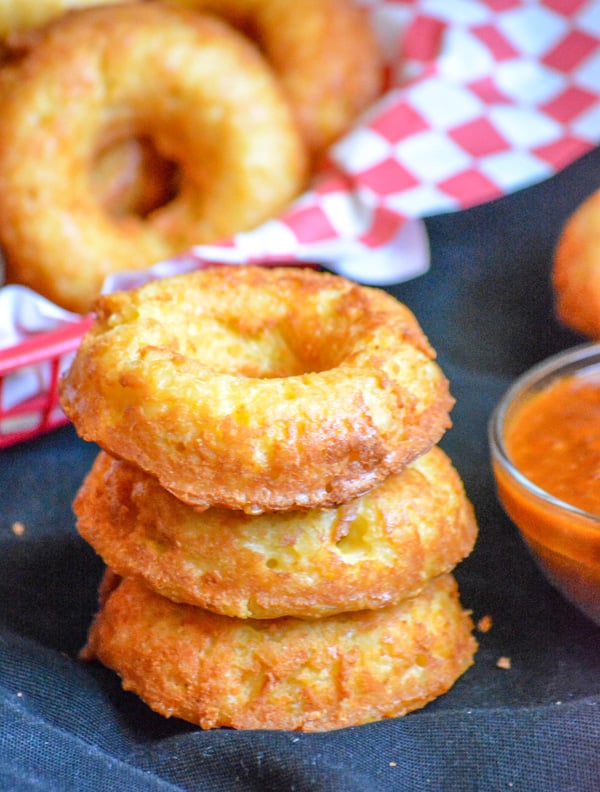 Seriously. I promise you a creamy, home-made mac and cheese is so much closer than you think.

This version is so great, it’s good all by itself. Scratch that, it’s ah-mazing allllllll by its durn self. Like you will struggle not to eat it out of the pot by the spoonful.

Doesn’t matter that you’re shaking your head and saying ‘Nope, not me,’ right now. That iron will and portion control will crumble in the face of a bowl of this pasta hugged snug in awesome-sauce. 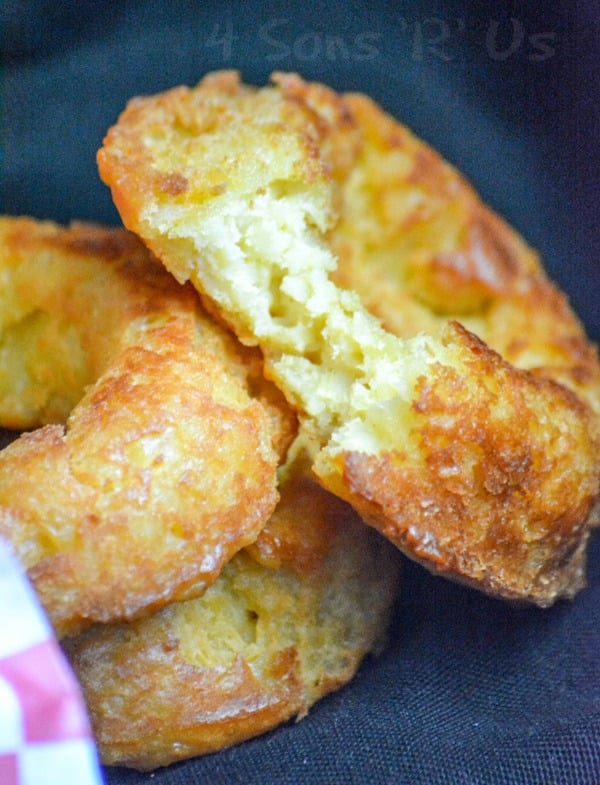 But, BUT, but– it gets even better my friends.

Have you heard of fried mac and cheese? It’s a real thing. Google it. It too is amazing– all by it’s durn self.

I guess I should have prefaced this post with a disclaimer to the effect of, ‘When is Mac And Cheese NOT amazing??’

The answer is never, mac and cheese is always amazing. 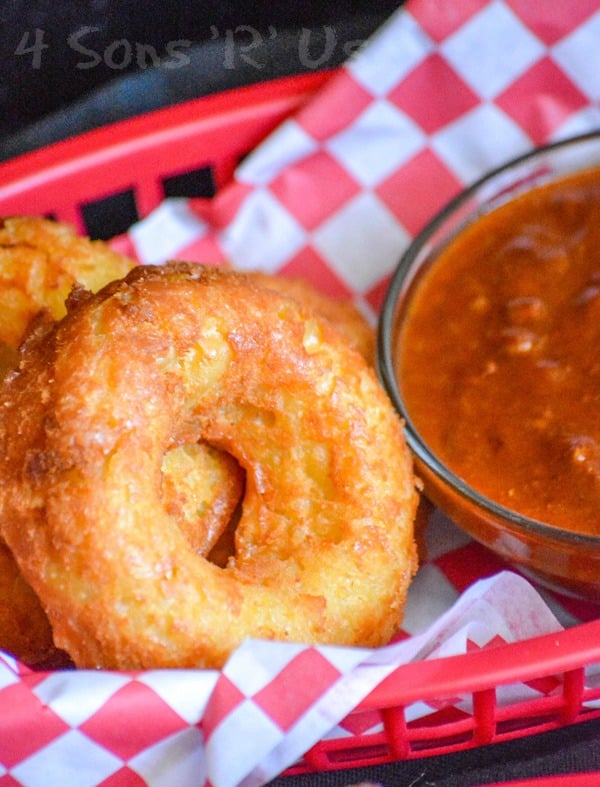 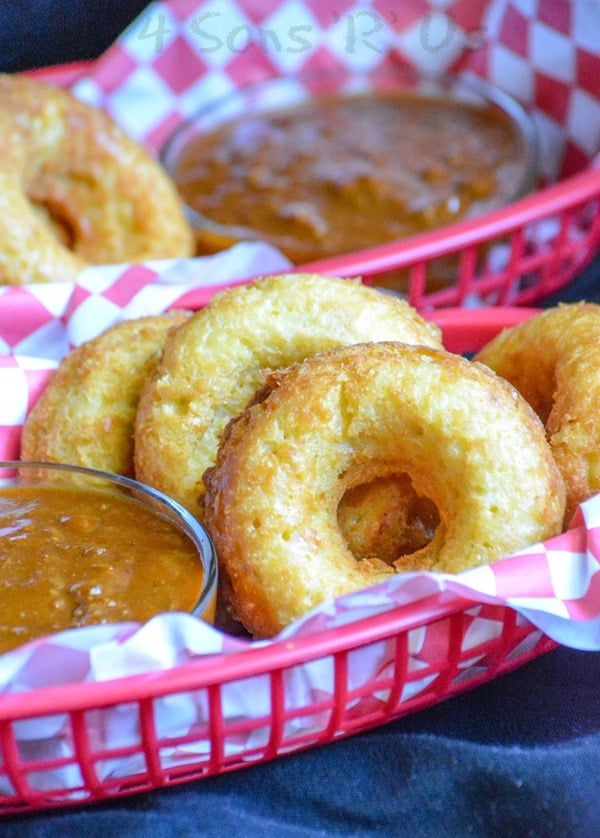 I had to push the cheesy pasta boundaries and see what more there was to be eaten out there.

Boy did I find it though, in the form of Macaroni And Cheese Donuts. 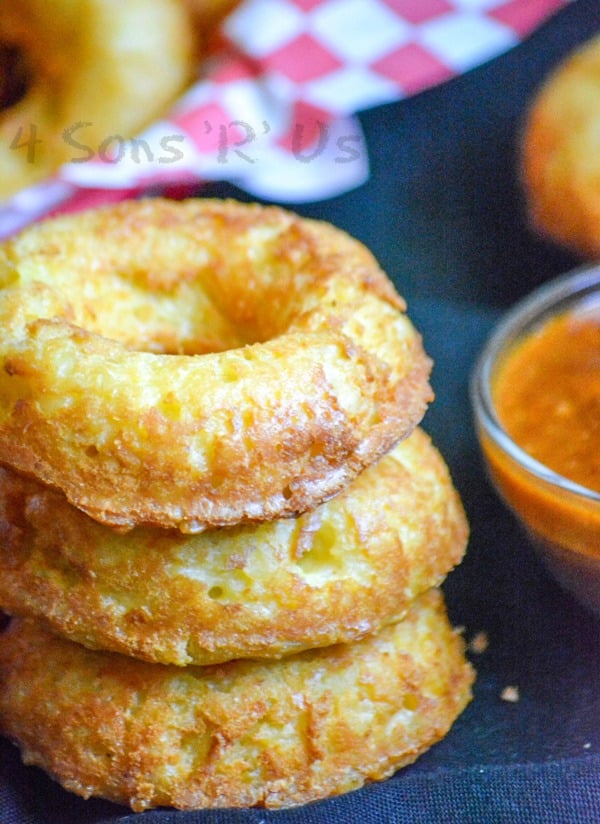 The best, most creamy macaroni and cheese features a special blend of cheeses, including smoked gouda and sharp cheddar with a dash of secret ingredient- dried mustard.

Chilled, then just a tad blended, macaroni and cheese is poured into a donut tin and baked up into puffy donuts with the world’s best surprise inside. 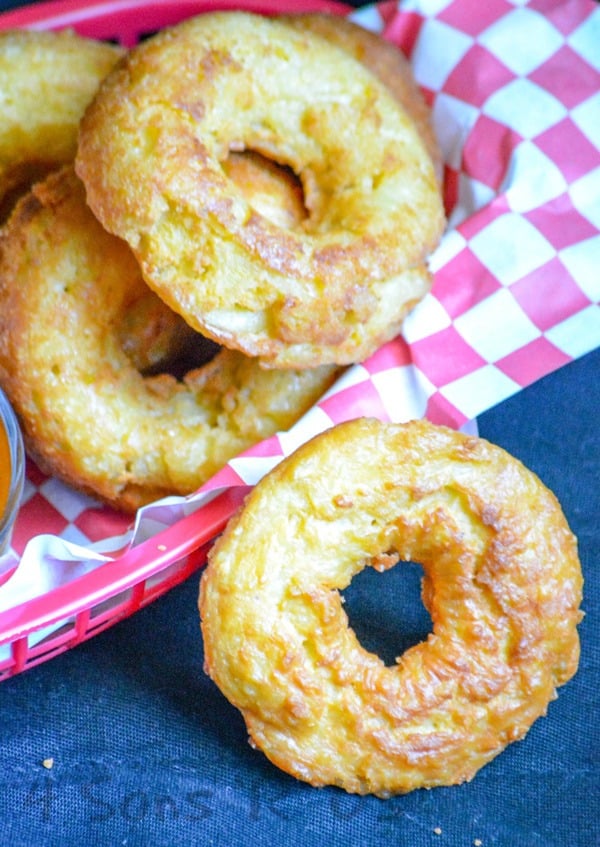 Served with a side of warm chili for dipping, these Macaroni And Cheese Donuts are a savory, dip-able finger food that begs to be eaten and enjoyed.

A savory donut that has a yummy surprise inside-- one of your favorite comfort foods, creamy mac and cheese.
5 from 8 votes
Print Pin Rate
Author: Meaghan @ 4 Sons R Us

For The Mac And Cheese

To Make The Macaroni And Cheese

To Make The Macaroni And Cheese Donuts