This fluffy cheesecake has all the traditional rich and creamy texture you love. We’ve upped the yum factor by giving it an actual cinnamon bun crust and swirling in copious amounts of cinnamon bun swirl. Topped with a thick glaze, this Cinnamon Bun Cheesecake will take you to a whole new level of enjoyment with breakfast flavor for dessert. 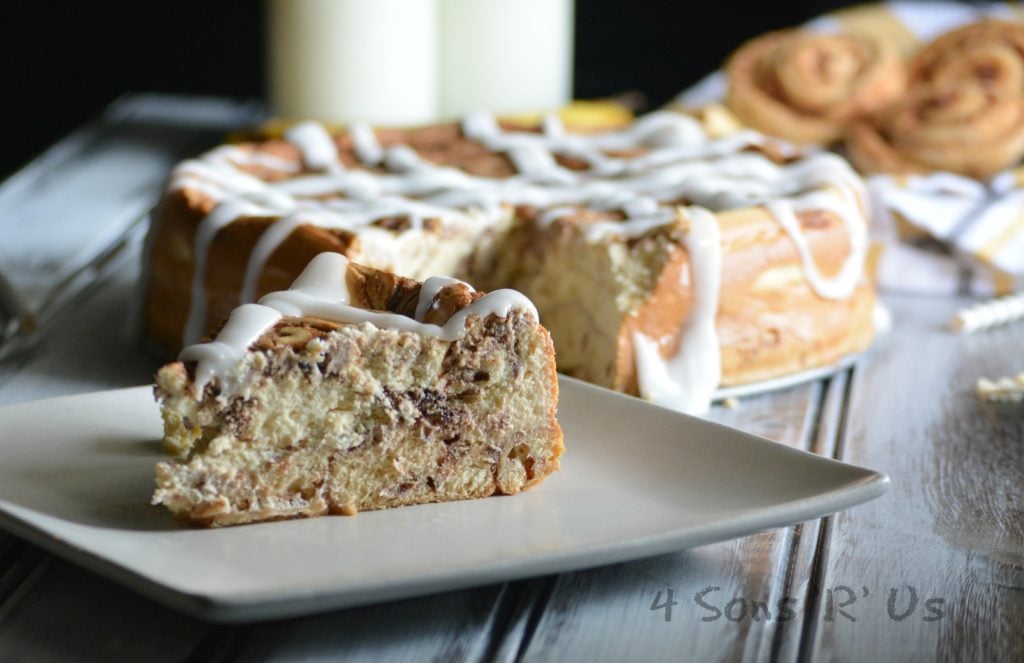 How many times do you look in the fridge when you’re hungry, only to close the door in supreme annoyance because there’s nothing to eat.

Well, nothing you feel like making, nothing readily available to grab and scarf down, or it’s the day before grocery day and there really isn’t anything to choose from.

Be honest, how many times do you repeat this process throughout the day? 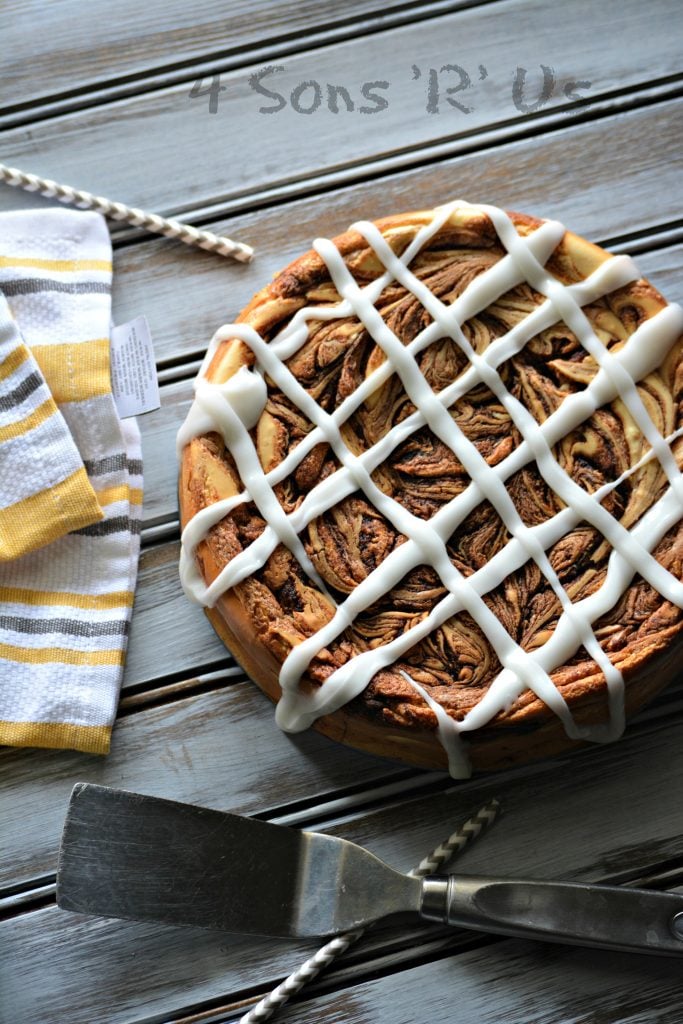 After the umpteenth time, I usually get fed up and say ‘screw it’– I’ve always got ingredients to bake something. When we bake it goes down too, so my stomach can keep it’s angry protests to itself.

A few hours never hurt it anyway, especially not when a truly yummy rewards on the other end of the oven timer. 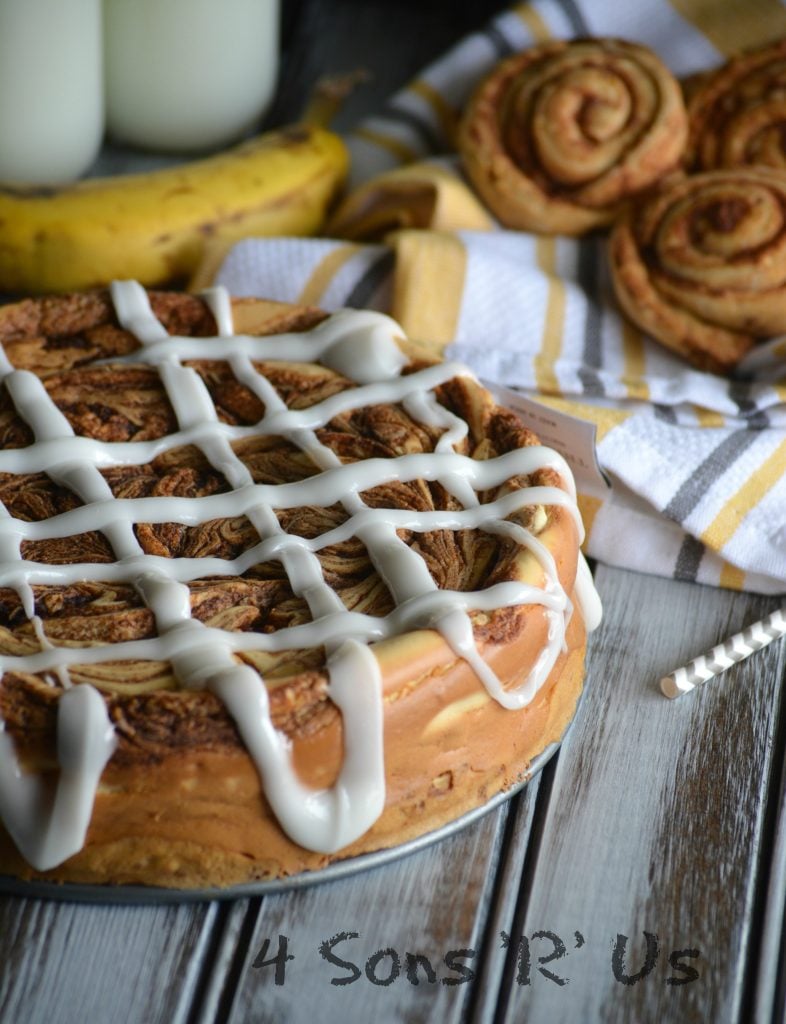 That’s how on a rainy cold afternoon I went from craving a batch of warm and gooey cinnamon rolls into making a cheesecake of epic proportions.

Now let me introduce you to the culinary marvel that is Cinnamon Bun Cheesecake. 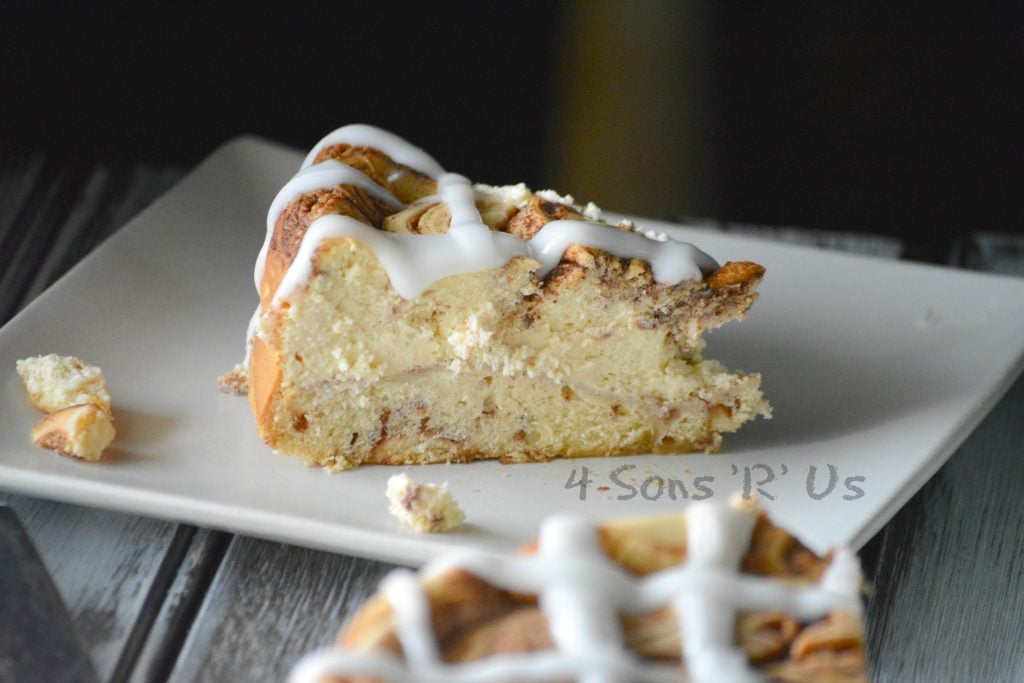 I’m sure you’re familiar with the classic graham cracker crust, we’ve changed the game up and made a crust out of cinnamon buns.

Yes, you read that right.

Cinnamon buns that bake right up into a soft pillowy crust. Doesn’t that just sound dreamy? Even more so when it’s topped with a rich and cream cheesecake filling– liberally (and lovingly) swirled throughout with cinnamon and sugar.

Baked into an epic cheesecake it’s finally finished off with a sweet sugary criss-crossing glaze. 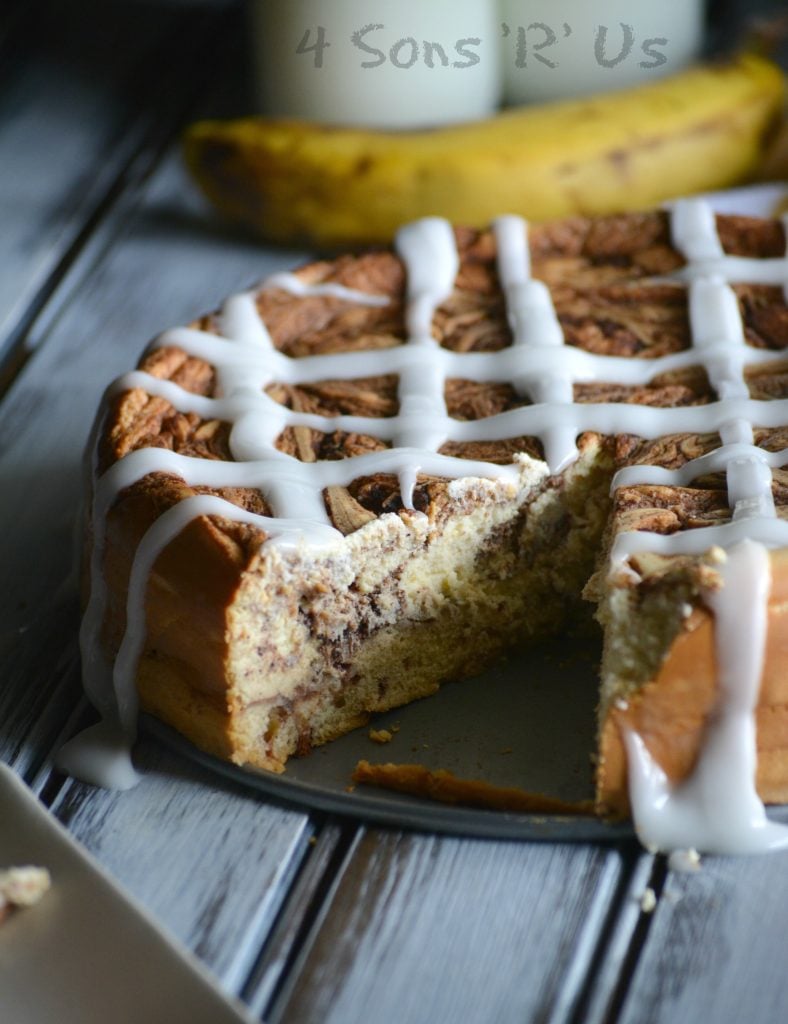 It’s an uber yummy cheesecake, that also happens to taste just like the most delicious cinnamon bun you’ve ever had. It’s perfection in every bite.

If you’ve tried this CINNAMON BUN CHEESECAKE, or any other recipe on the site, let me know in the comment section how it turned out, we love hearing from our readers! You can also follow along with me on PINTEREST, FACEBOOK, and INSTAGRAM to see more amazing recipes and whatever else we’ve got going on! 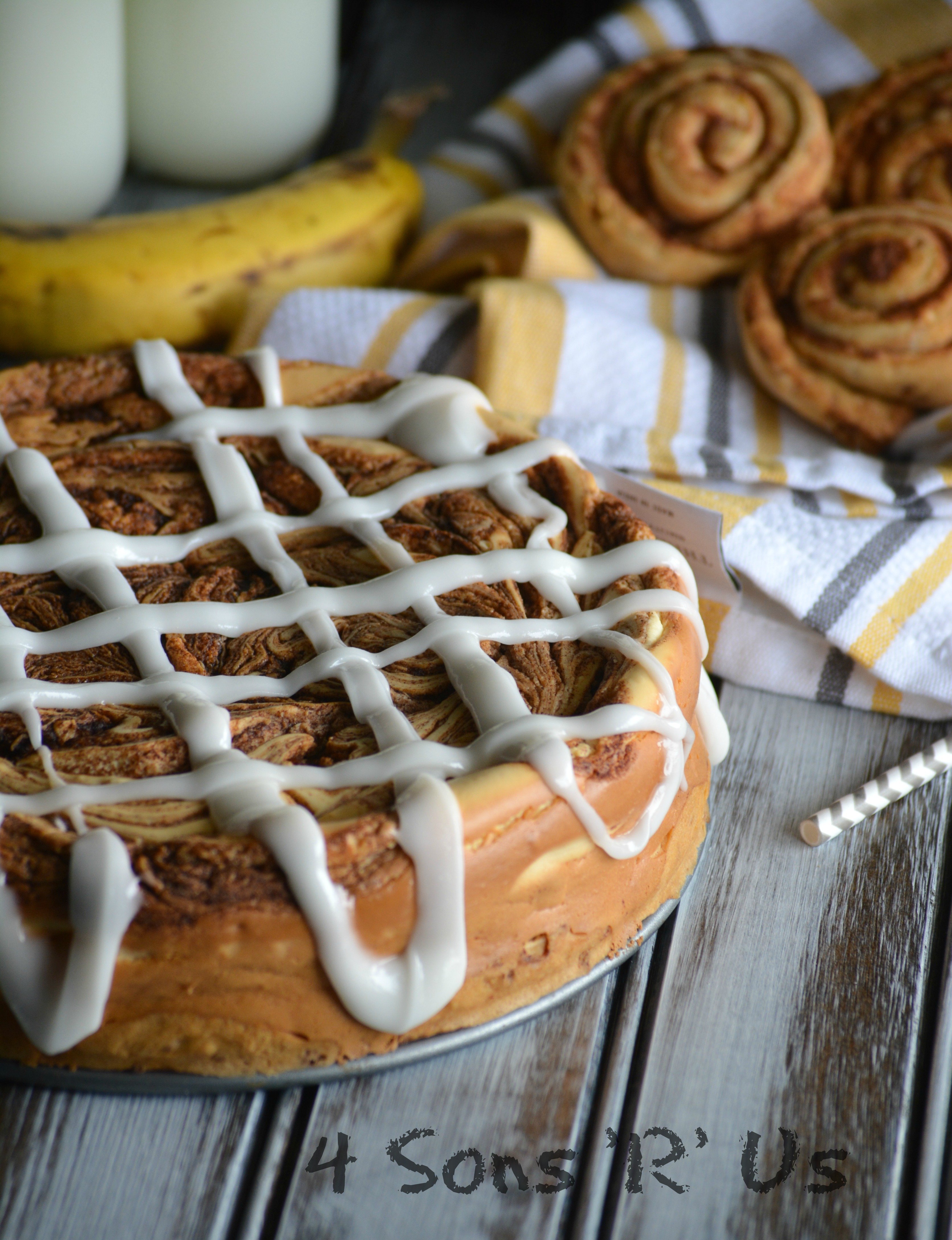