Corn is the standard vegetable of the Spring & Summer seasons here in the South. Keep it simple, but change things up with a batch of this Southern Fried Skillet Corn. Cut off the cob, cast iron cooked, with a little sugar & milk thrown in for good measure- it’s the best way to enjoy fresh corn off the cob. 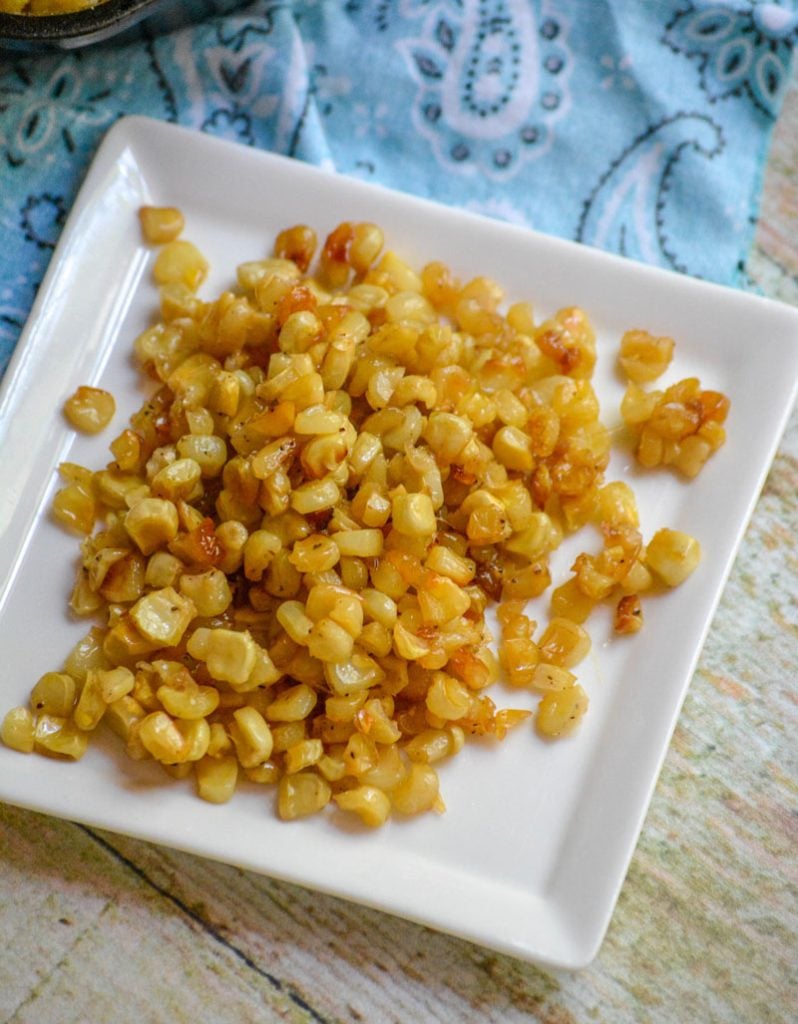 Have you been to the grocery store in the past week or two?

If you’re in the South, and your answer is yet- then you’ve probably seen the stands of local, fresh sweet corn on the cob all set up.

Other than when the sweet, dark cherries come into season- it’s one of my favorite times of year to head to the produce aisle. 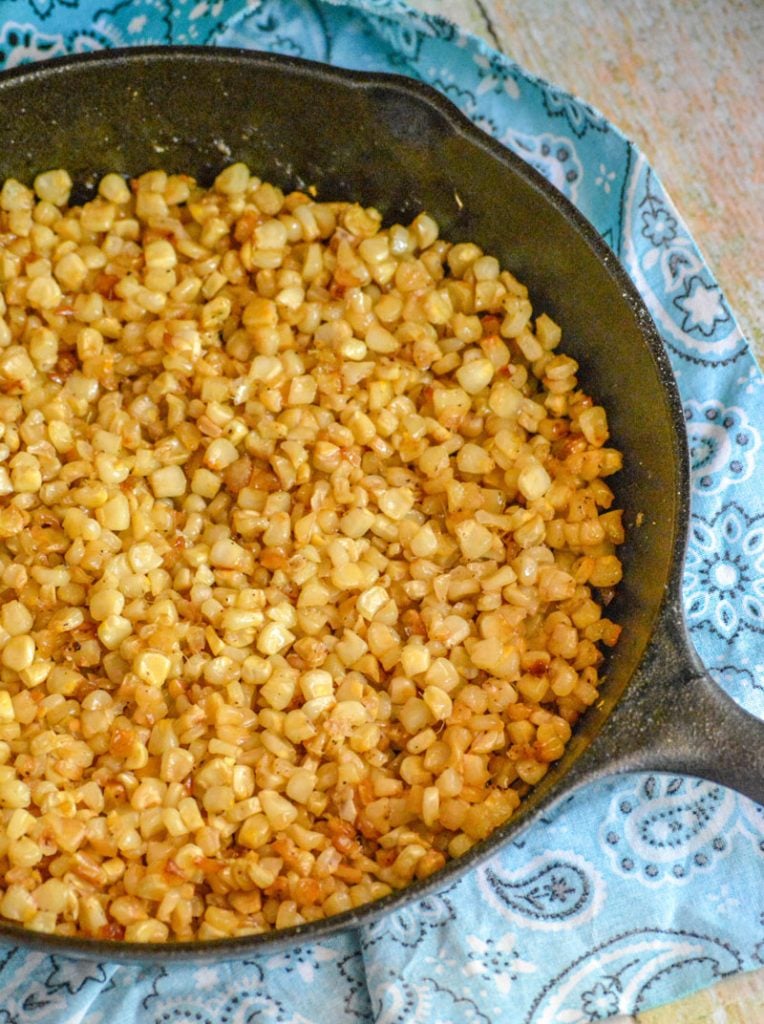 I’m no stranger to canned corn, and I won’t turn my nose up at the frozen stuff.

Corn fresh on, or off, the cob will always be my favorite though.

The sweeter the variety the better too.

The sweetest natural corn always seems to be the fresh stuff. 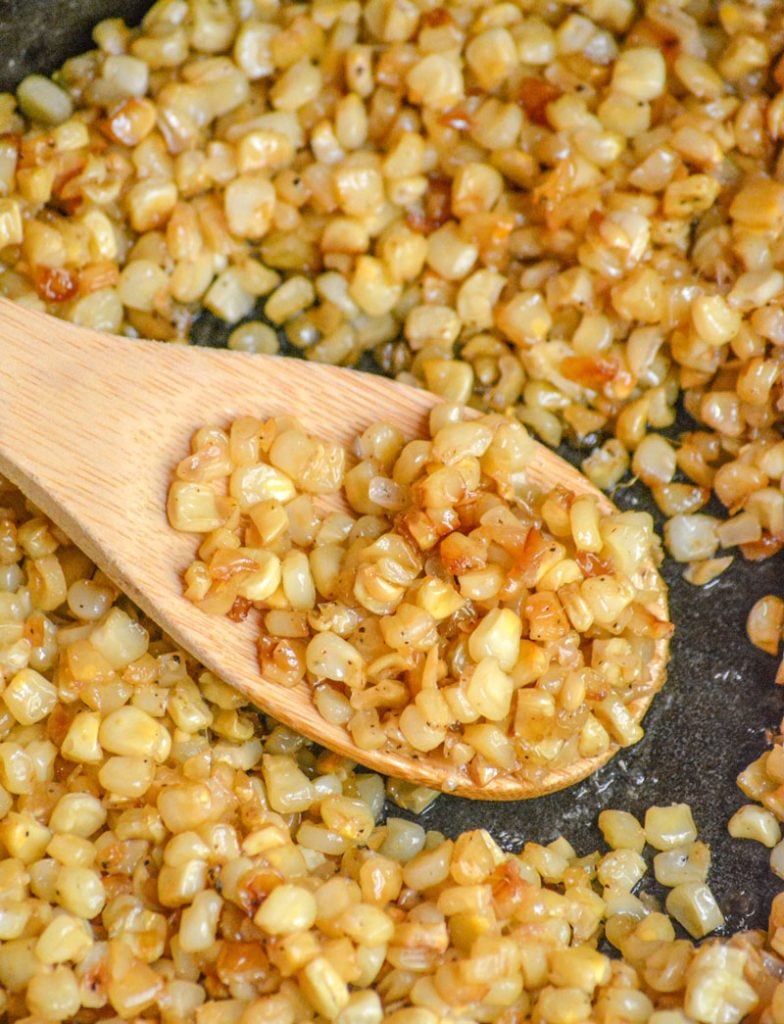 There’s so much you can do with it too.

You can boil it, and enjoy it as is- possibly with some butter and salt.

You could even give it a down home Southern style milk and honey bath. So good!

It’s great cut off the cob too.

It’s definitely less messy to eat that way, but it makes it great to use in other recipes.

You can dress it up with a little jalapeno & cheese, throw it in a cast iron skillet, and smoke it.

It makes a great base for a chilled side dish too.

Check out this grilled jalapeno popper corn salad for example. 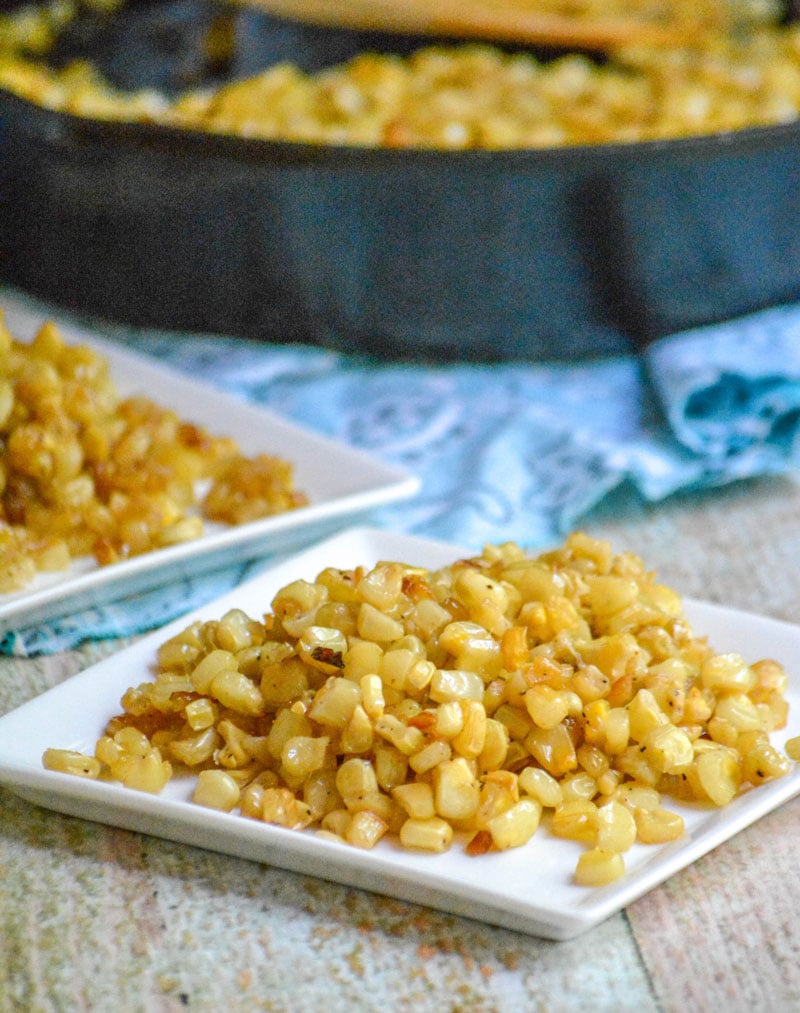 Often I find that the simplest ways are the ones that keep me coming back. They inevitably become my ‘go to’ recipes.

Let’s keep it real, while some fancy stuff appears on here every now and then those recipes are the kinds of things I’m making to take and share at potlucks.

They’re not the everyday kind of recipe I’m gonna be scrambling to knock out for my hungry horde at supper time.

No, when the dinner bell needs to be wrung and I’m scrambling something like this Southern fried skillet corn is what I’m pulling out of my back pocket.

Funny how the things Mama made growing up, are still my go-to’s so many years later.

At first glance skillet corn may be basic, but hear me out.

Remember talking about how good the classic combination of fresh cooked corn on the cob, butter, and a little salt could be?

This is a similarly delicious, but very simply seasoned deconstructed corn.

Doesn’t get any easier than that, but with step by step instructions & a couple tips & tricks it does get infinitely tastier. 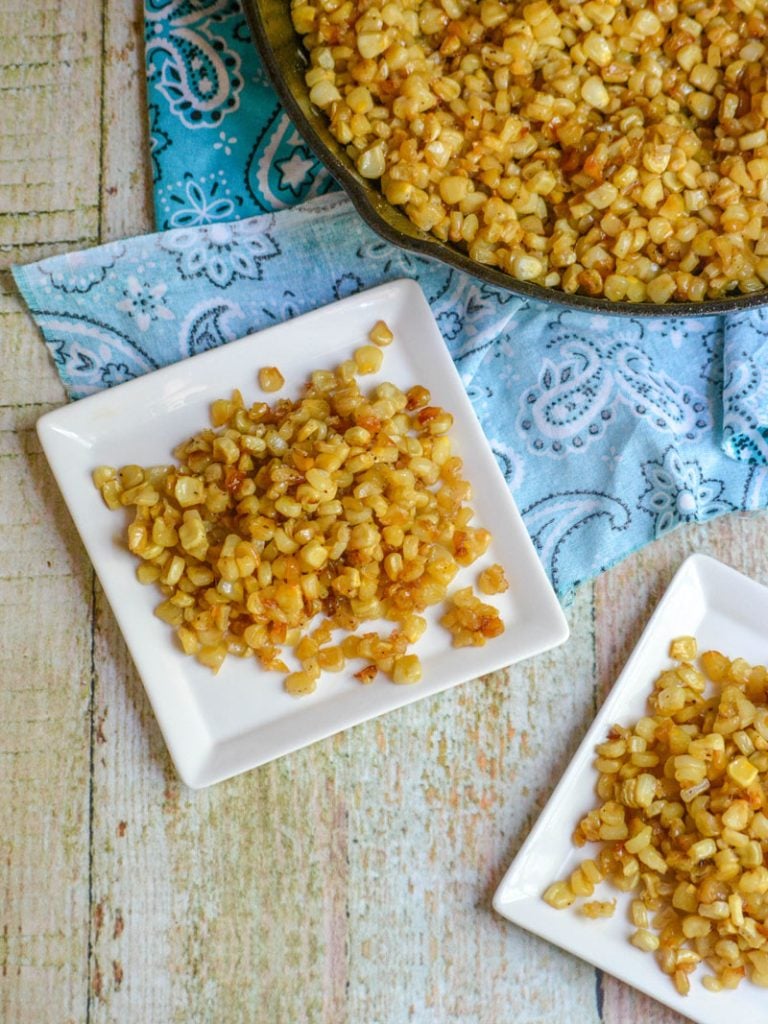 It really doesn’t get any simpler than that.

It’s a solid side dish.

Minimal prep, and relatively quick cooking- it’s a Summer must have for me.

And while I love my traditional corn on the cob, this version helps me shake things up.

Keeping things interesting staves off boredom for me, which means I’m less likely to go on a cooking strike.

I think that makes this Southern fried skillet corn a life saver for the whole family. 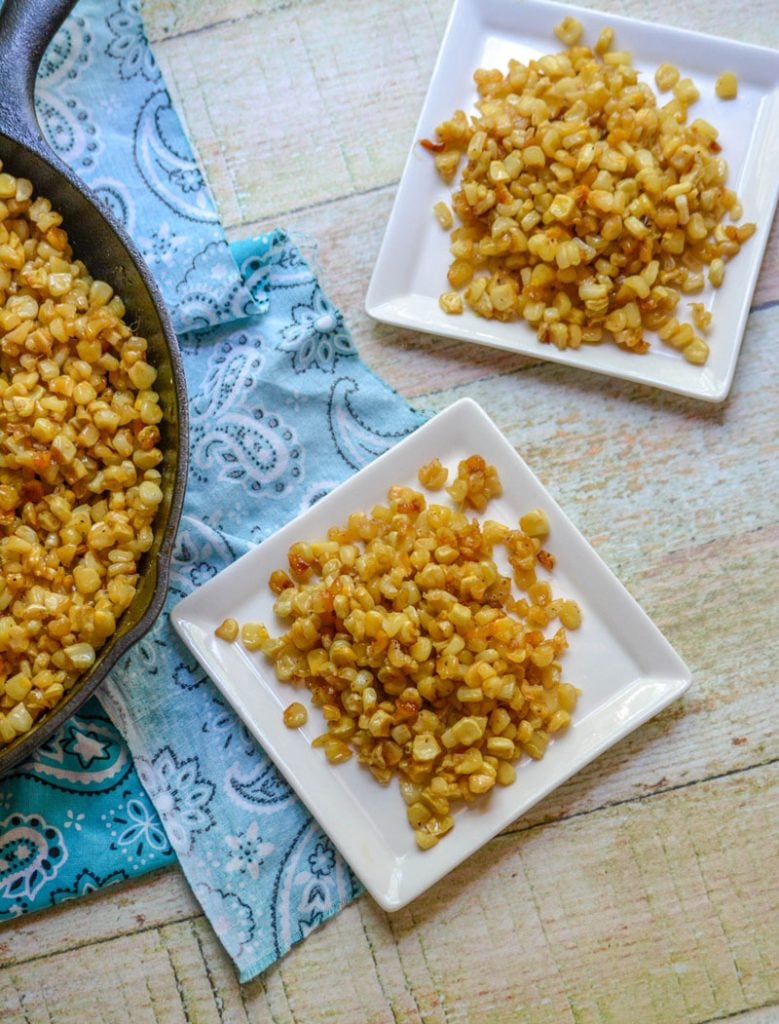 The latest trends seem to be getting fancier & fancier with our meals & food prep.

Our recipe for Southern fried skillet corn takes our favorite seasonal veggie back to a simpler time, an easier version- like Mama used to make.

Nothing short of amazing ever came out of a cast iron skillet growing up, and this slightly sweet corn delivers.

Other Great Ideas For Fresh Corn:

If you’ve tried this SOUTHERN FRIED SKILLET CORN recipe, or any other recipe on the site, let me know in the comment section how it turned out, we love hearing from our readers! You can also follow along with me on PINTEREST, FACEBOOK, and INSTAGRAM to see more amazing recipes and whatever else we’ve got going on. 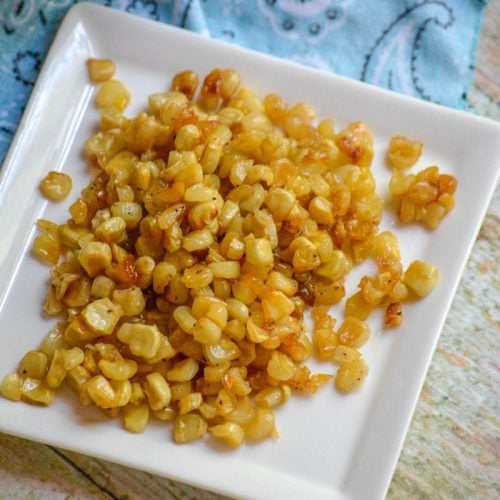 Corn is the standard vegetable of the Spring & Summer seasons here in the South. Keep it simple, but change things up with a batch of this Southern Fried Skillet Corn. Cut off the cob, cast iron cooked, with a little sugar & milk thrown in for good measure- it's the best way to enjoy fresh corn off the cob.
4.48 from 17 votes
Print Pin Rate
Course: Side Dish
Cuisine: American
Prep Time: 10 minutes
Cook Time: 20 minutes
Total Time: 30 minutes
Servings: 4
Calories: 47kcal
Author: Meaghan @ 4 Sons R Us