Mock apple crisp is a delicious, vintage recipe that uses zucchini to create all the flavors of apple pie filling. This yummy dessert makes perfect use of the abundance of summer squash. 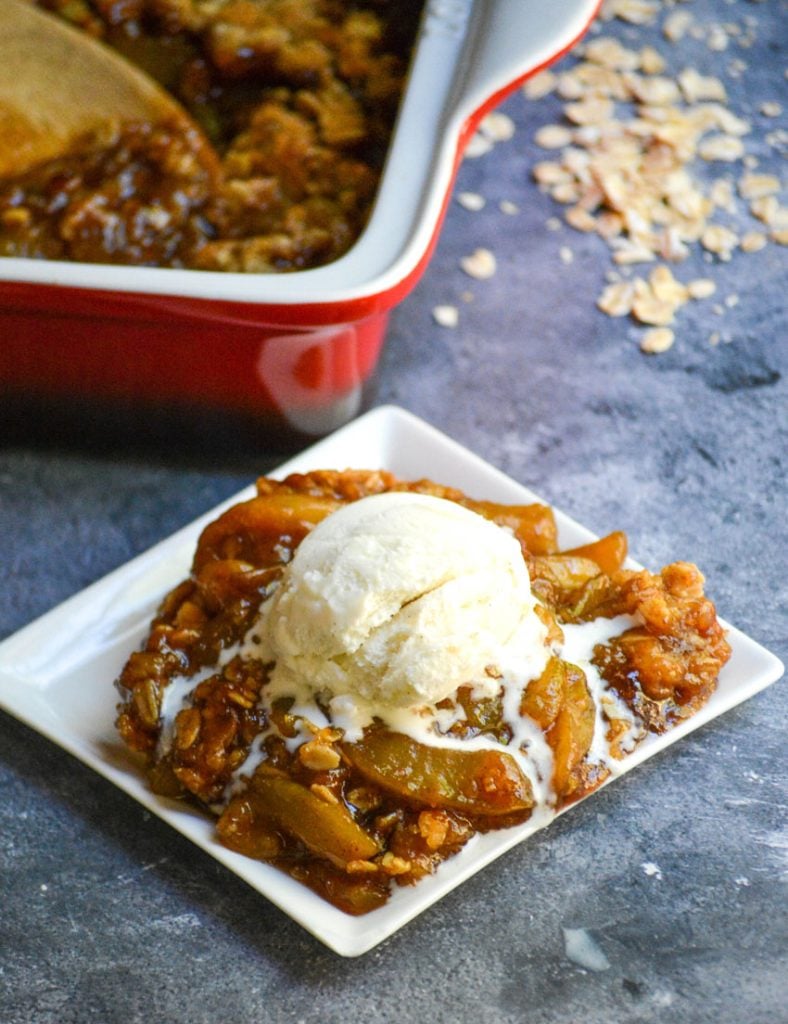 I am absolutely swimming in zucchini by this time of the year.

While I use some of it up in savory recipes like this sausage and zucchini casserole, I love making it into a sweet treat.

But after all the banana bread earlier this year, I’m not feeling zucchini bread.

I am, however, loving this mock apple crisp. 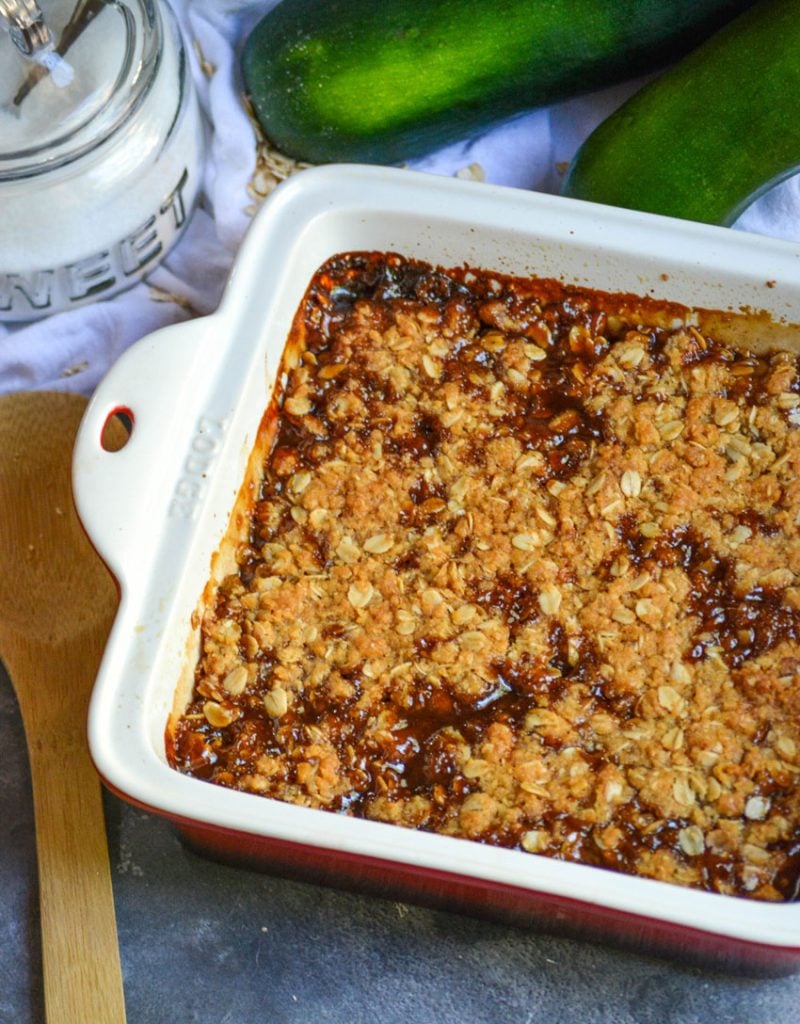 What is mock apple crisp?

This recipe is a Depression era recipe that uses plentiful summer squash in place of apples, but results in a light dessert that tastes just like an apple crisp.

The zucchini really do take on the flavors of the seasoning and make the filling taste just like apple pie filling!

What is the difference between crisp and pie?

Unlike a pie, a crisp doesn’t have a double pie crust.

Instead the filling gets topped with a light mixture of flour, oats, crackers and just a touch of butter.

That way, you can enjoy a lighter dessert, which is key in summer heat so you don’t feel weighed down and miserable.

Because there’s no top crust keeping things in, the filling will bubble up over the crisp crumble topping in places.

This is perfectly normal due to the high water content of zucchini, leading to a juicier filling.

It will thicken when cooked and any filling that bubbles up will turn dark brown as it caramelizes while baking.

How To Pick The Best Zucchini

While I’m using up zucchini out of my garden, I know that’s not the case for everyone.

Zucchini is easy to find on grocery store shelves in the Summer months, but are all zucchini the same?

Just like with any other fruit or vegetable, the best kind to use is a ripe zucchini.

One that’s at peak freshness and flavor. And, yes- you can tell that just by looking at (and feeling) them.

When deciding which zucchini to buy, look for ones that’s fairly firm and not too soft.

Try to avoid soft zucchinis because that usually indicates they’ve passed their freshness peak and will be rotten/inedible very soon.

A ripe zucchini will be slightly more flexible than a cucumber, but not by much. 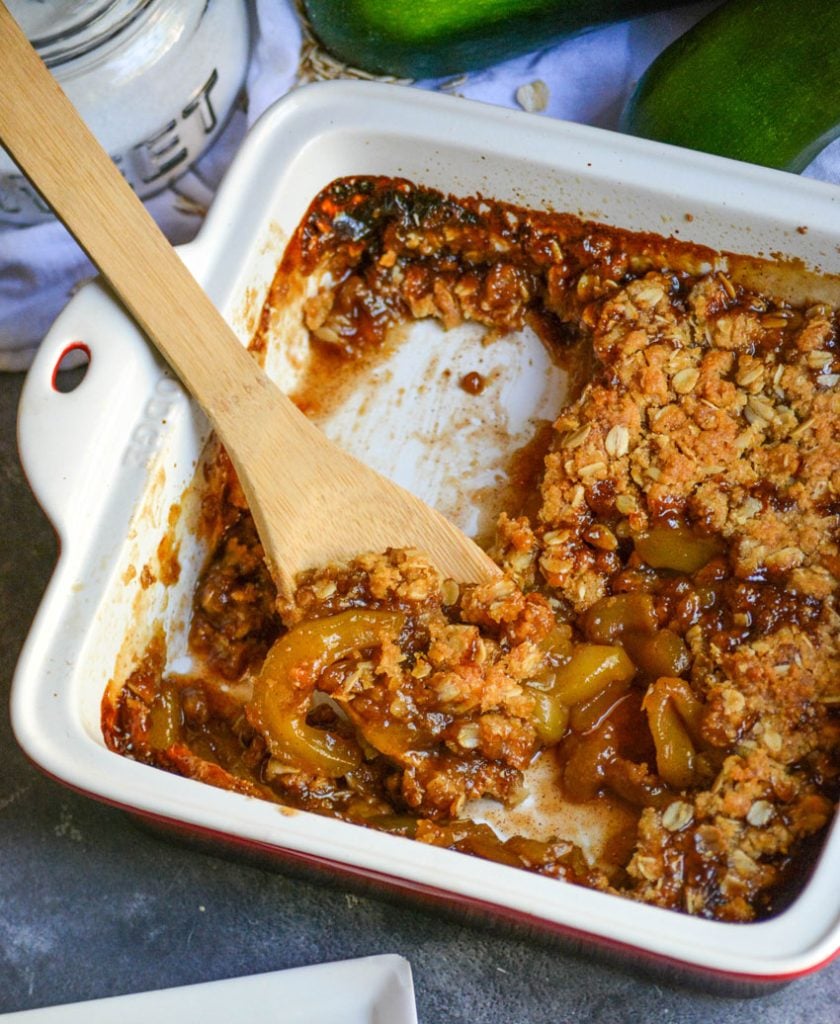 How to Make the Filling

To make the filling add the peeled, diced and seeded zucchini to a large pot over medium heat.

Add the lemon juice and stir to coat it evenly.

Cook it for 15 to 20 minutes or until the zucchini looks like cooked apple slices.

Stir in the sugar, cinnamon, nutmeg and cloves and cook for an additional 2 minutes.

Now give it a taste. It should taste pretty close to apple pie filling.

Pour it into a waiting, greased 8×8 dish.

How to Make the Topping

To make it, add the flour, oats, sugar and crushed crackers to a bowl and stir them together.

Stir in the melted butter. Then spoon the topping evenly out over the filling.

Let the dish rest and then serve plain or topped with vanilla ice cream. 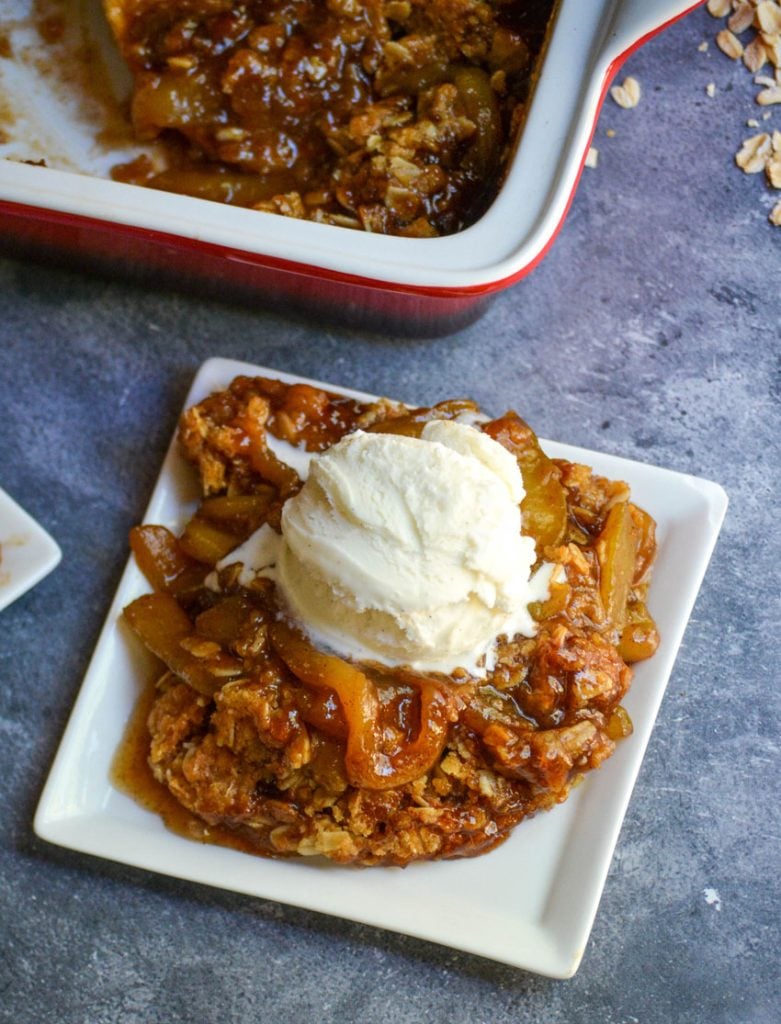 Store this covered in your fridge for 3-4 days.

You can serve it cold or pop a slice in the oven for a warm treat.

It will firm up a bit once chilled.

I do not recommend freezing this crisp to bake later. However, you can freeze the filling for later use.

The filling can be used to make this mock apple crisp recipe, or with traditional pie crusts to make a mock apple pie. 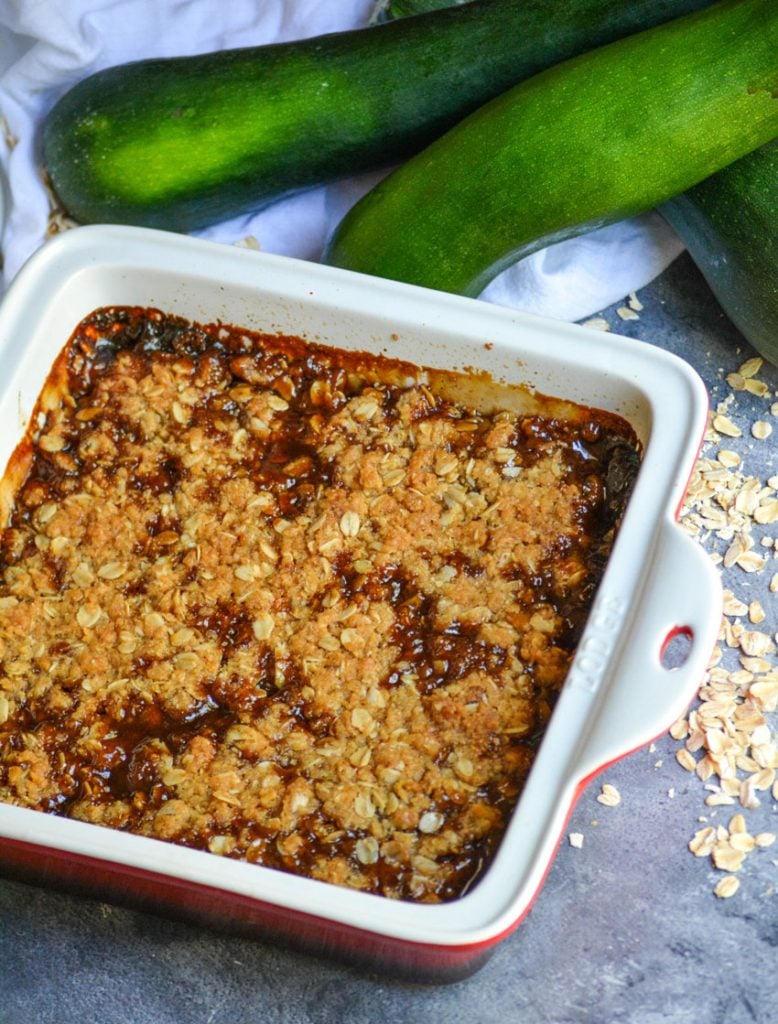 This mock apple crisp is one of my family’s favorite ways to use up zucchini. Make this and enjoy the sweetness all while using up all your summer squash!

Looking for other Depression recipes? Try these:

If you’ve tried this Mock Apple Crisp, or any other recipe on my site, let me know in the comment section how it turned out, we love hearing from our readers! You can also follow along with me on PINTEREST, FACEBOOK, and INSTAGRAM to see more amazing recipes and whatever else we’ve got going on! 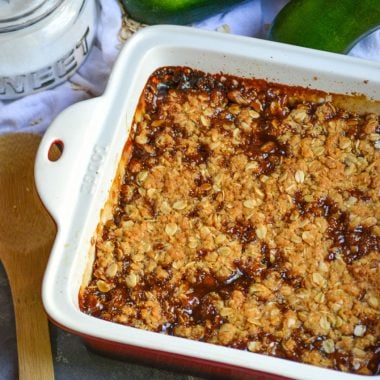 For The Crisp Topping

To Make The Filling

To Make The Topping