Love cheeseburgers? Love quesadillas? Then you’re going to love their beautiful, yummy union in this quick and easy recipe. That juicy, cheesy burger you’ve been craving is now sandwiched in between two layers of crisp, golden tortillas. Cheeseburger Quesadillas are delectable, dip-able hybrid you’re going to want again and again. 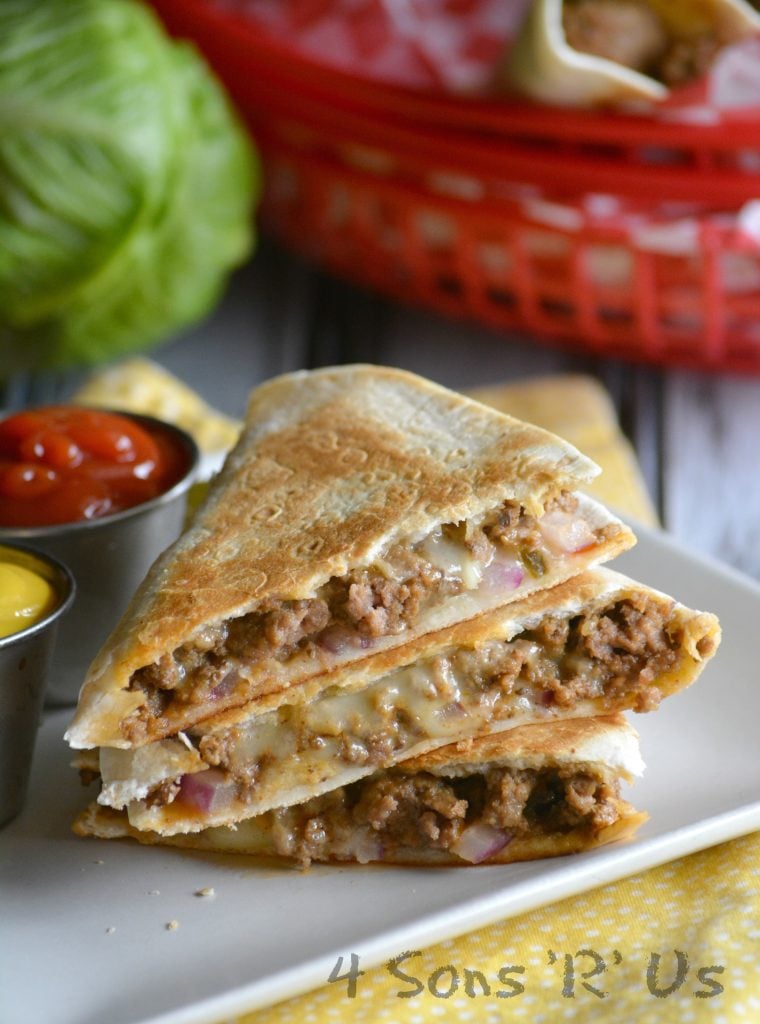 A good grilled cheese sandwich is a simple staple everyone should know how to make. It was one of the first things we taught the sons how to make.

Since then, we’ve expanded– coming up with some pretty solid ideas along the way. We’ve done Tex Mex, Chicken & Broccoli, White Pizza, even Mac N Cheese. 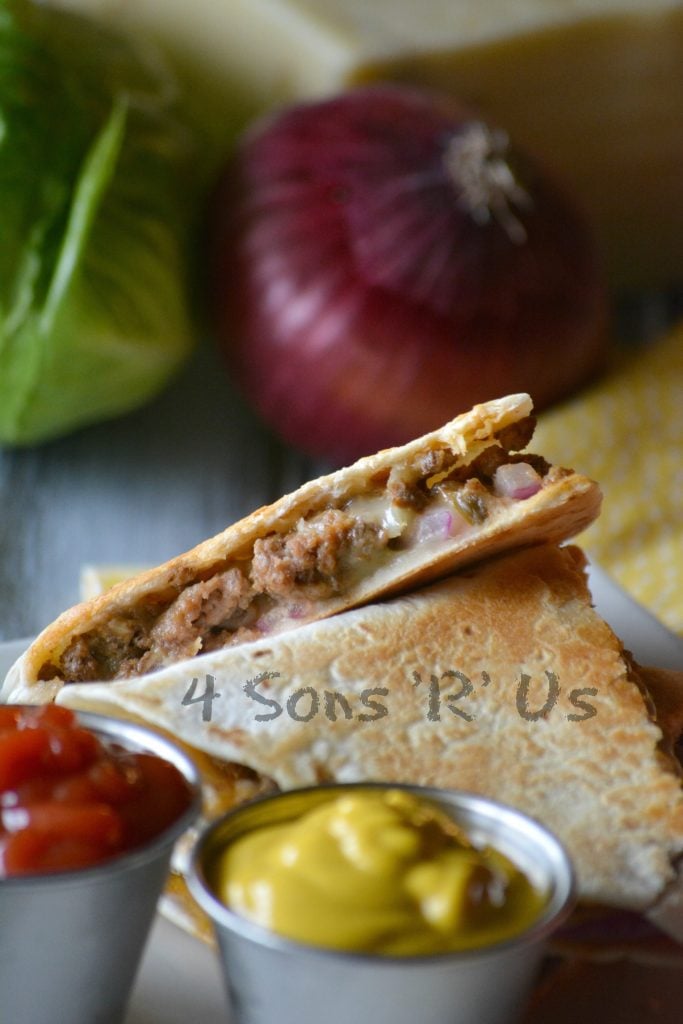 Quesadillas are the Tex Mex equivalent, but instead of a luscious layer of creamy cheese sandwiched between two crisp pieces of toast– it’s sandwiched between a crisp flour tortilla. It was a simple step to teach them the same technique and apply it.

The sons have been hooked on quesadillas ever since. Not a big surprise– who doesn’t appreciate a good change up to the daily sandwich regime come lunch time?

This Mom also loves that it’s something they can make themselves, especially on busy days. 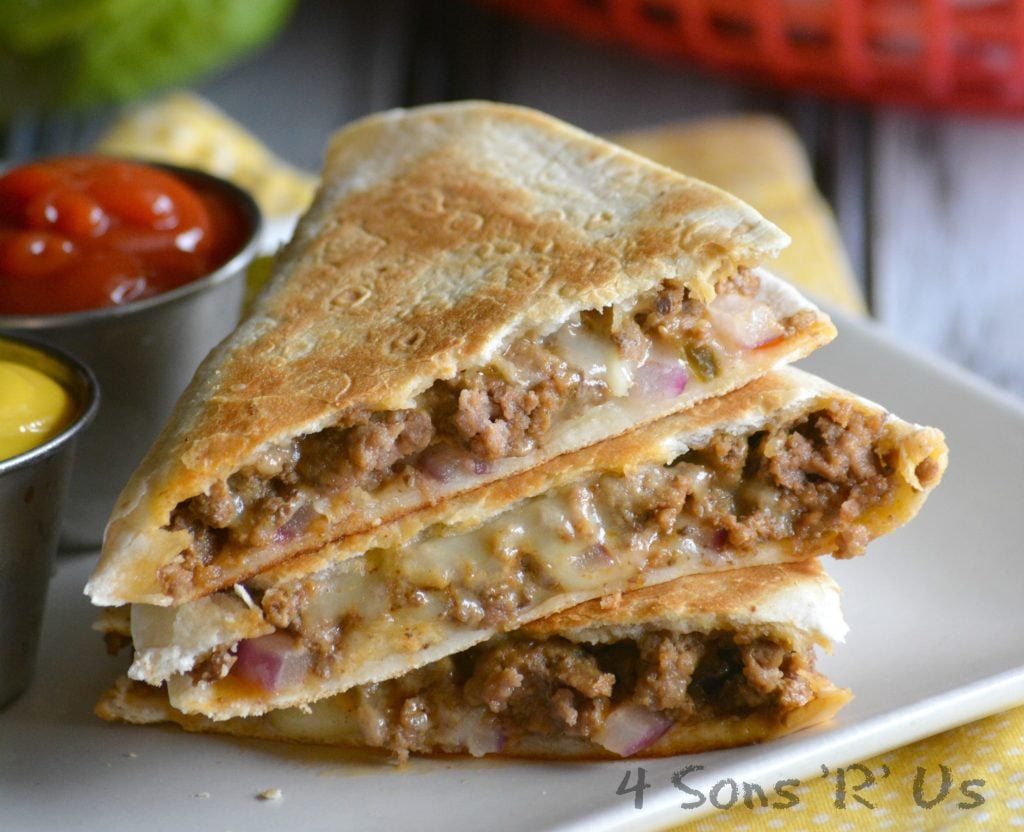 Like we’ve done with it’s American cousin, it was all too obvious it’d be only a matter of time before we began experimenting with creative filling ideas.

I mean do you always have bread or buns on hand? Because I sure don’t.

Sometimes though, despite the lack of fluffy carbs to stuff with heady ideas of hearty meat and cheese combinations– I still really want to enjoy a juicy burger. The teens too!

Hellllllo you lovely little flour tortilla you, way to save our day! 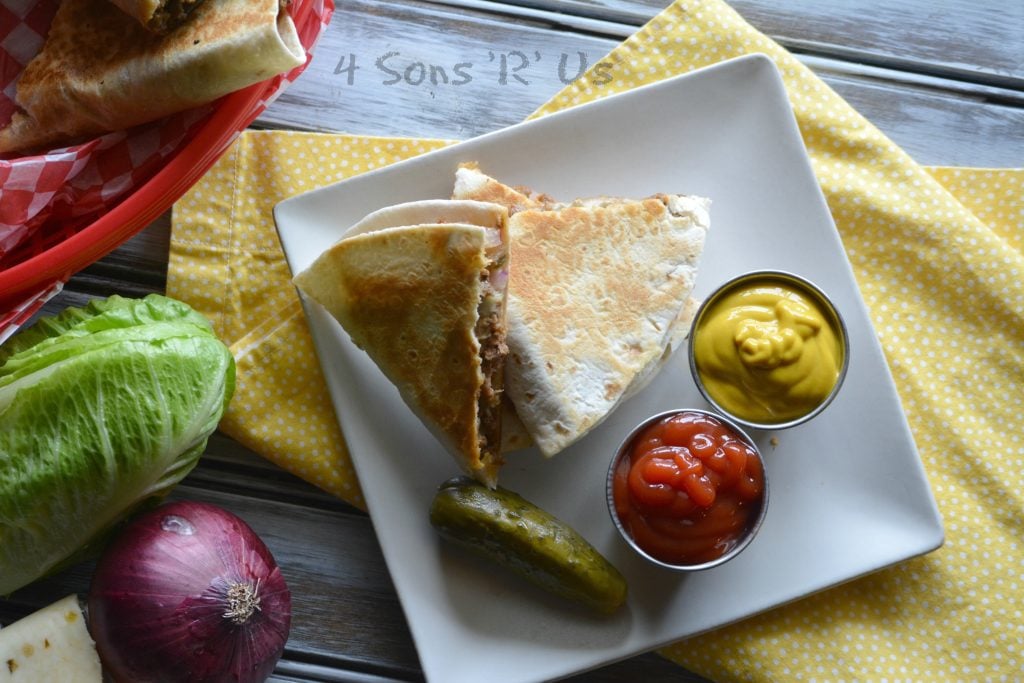 Plate them up with your favorite burger toppings and serve ’em with a smile.