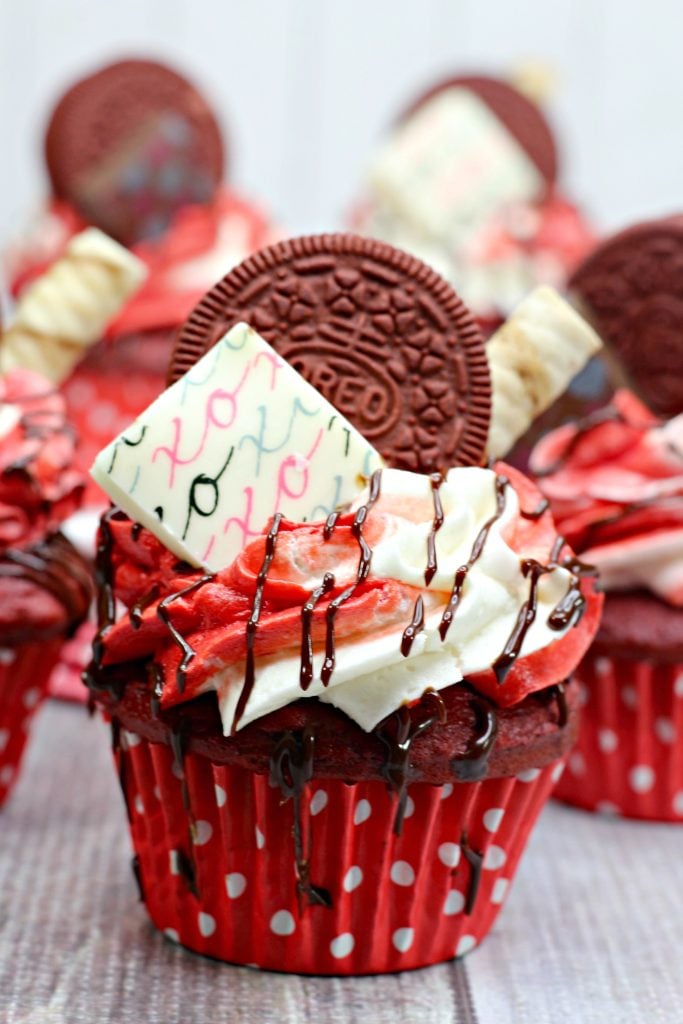 Sometimes, things are worth making totally from scratch. These ultimate sweetheart red velvet cupcakes are one of those things. Everything in and on them- minus the Oreo topper- are completely homemade. 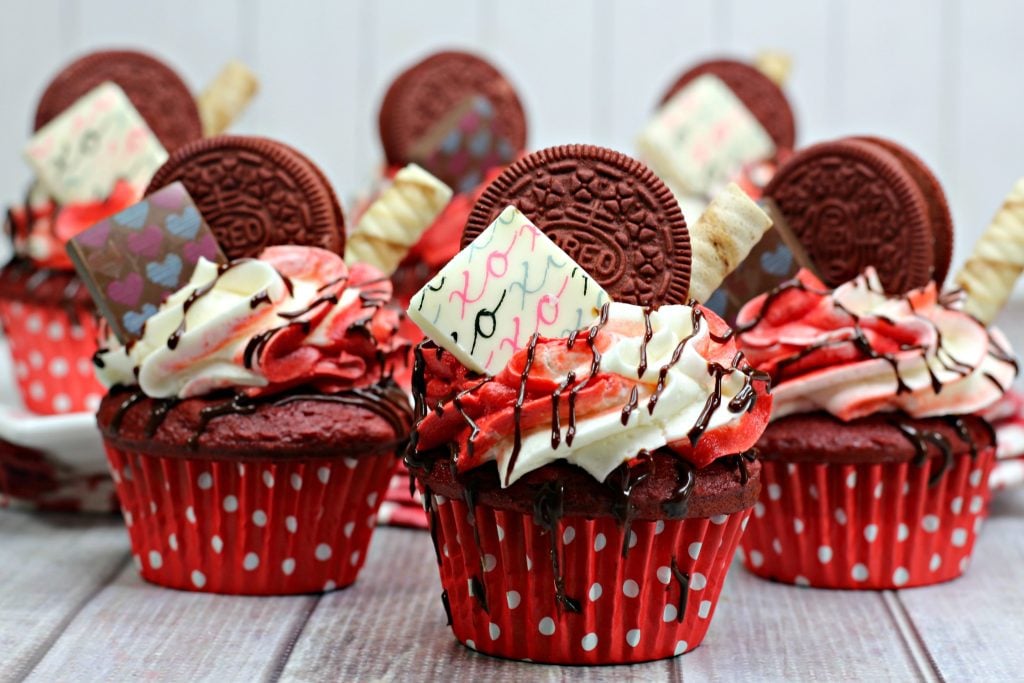 Don’t let it intimidate you. The results are truly worth the little bit of extra work. The resulting cupcakes are just so pretty with their festive candy toppers and gorgeous swirled frosting. They really deserve the title ultimate. 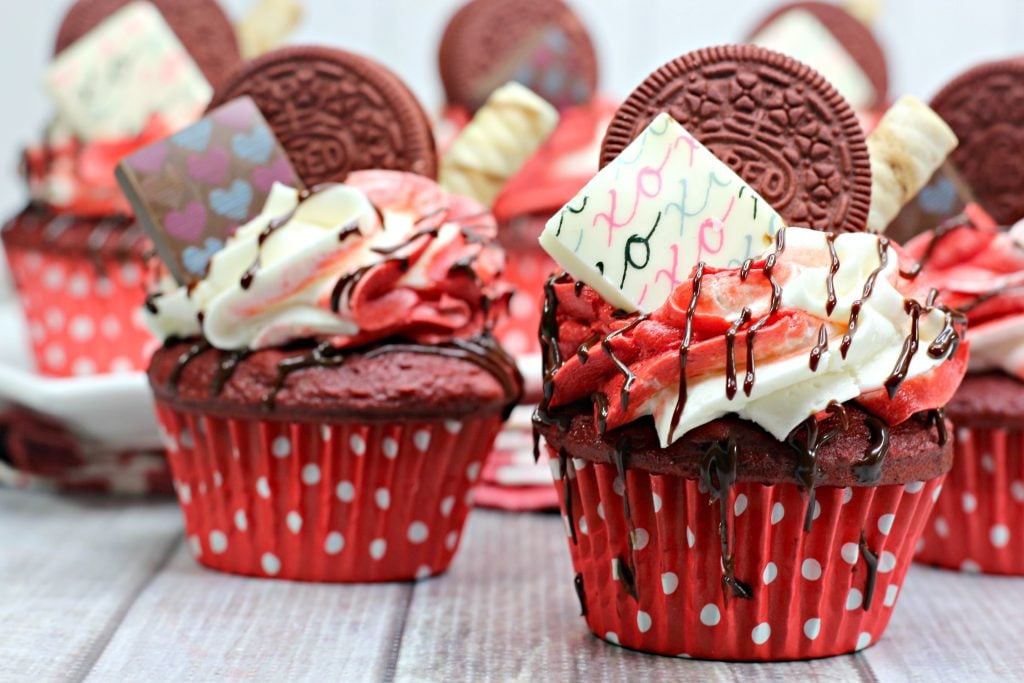 If you’ve never made cupcakes from scratch, don’t let that intimidate you. All of the ingredients are pretty basic: flour, cocoa powder, eggs, baking soda, butter and shortening for extra moisture, milk, vanilla, and red velvet extract. Just a note on the red velvet extract. Don’t skip it. It adds so much flavor to these cupcakes. You can find it in the baking aisle of some grocery stores and in the baking section at craft stores. It’s also available online.

Making cupcakes from scratch is not nearly as difficult as it sounds. Just whisk the flour, cocoa powder, baking soda, and salt together in a large bowl. Then in a stand mixer, beat the butter, shortening, and sugar until it gets light and fluffy. When that happens, add the egg, vanilla, red velvet extract and food coloring. Beat until just combined. To finish off the batter, alternate adding the dry ingredients and milk into the bowl of the stand mixer. Keep mixing until combined, scraping down the sides. Scoop the batter into a lined cupcake tin, filling each tin 3/4 of the way before baking. 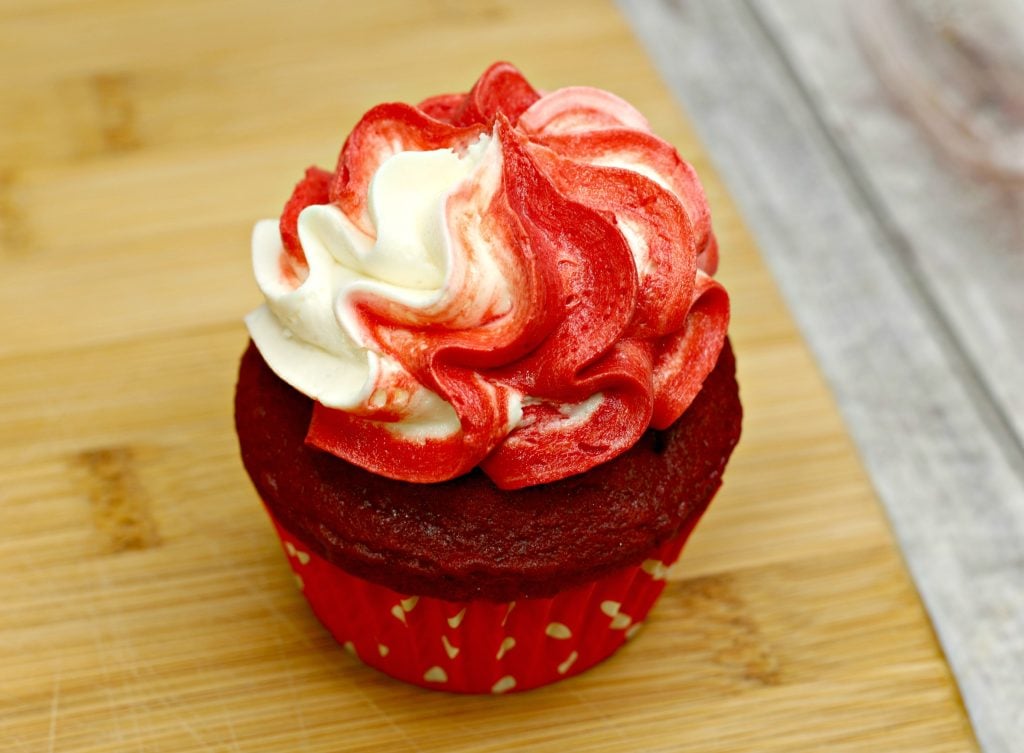 After the cupcakes come out of the oven and cool off, it’s time to put together the cream cheese frosting by whipping all the ingredients for the frosting together in a stand mixer. To get this fancy two toned effect, I split the frosting into two bowls. In the first bowl, I left the frosting as was. In the second bowl, I stirred in some red food coloring. Then I scooped the red frosting into a piping bag in 4 lines. Then I added the white frosting. To frost, I fit the piping bag with a large star tip and added a healthy dollop of frosting to each cupcake.

Now for less ultimate cupcakes you could stop there, or you could top each with an Oreo and a drizzle of chocolate sauce the way I did. That could be enough, but it’s still not quite as ultimate as I would like them to be. 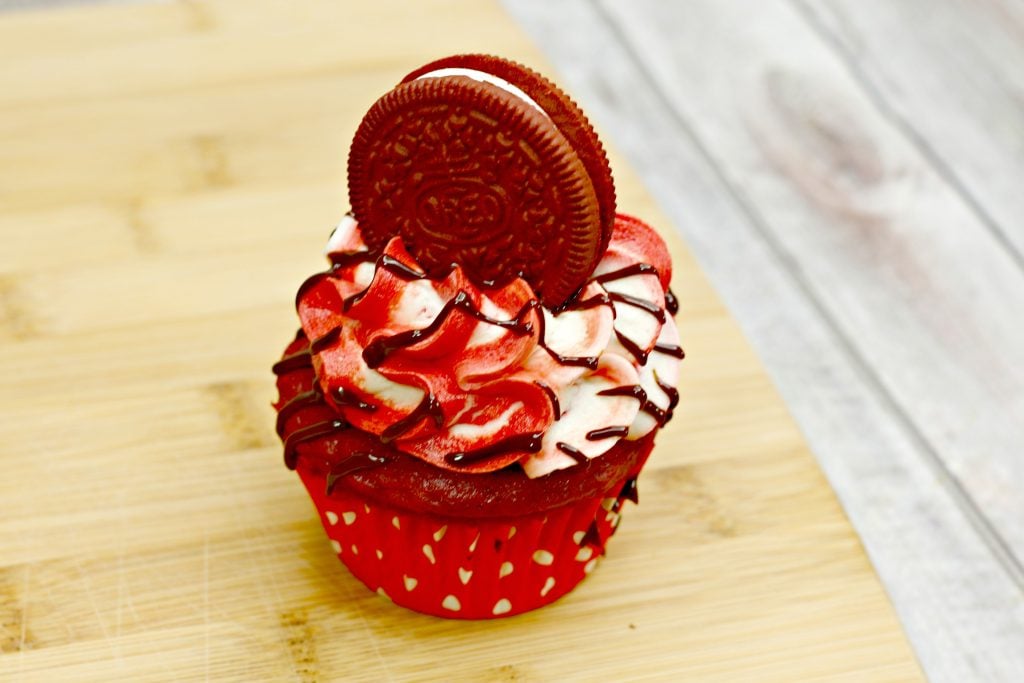 To make the candies, I popped the square pieces out from the candy sheet and then placed them in the square molds using the directions provided on the sheets. Then I scooped the melted candy melts into each square and let the candy harden. When it was finished, I popped them out and used them as the perfect topper. 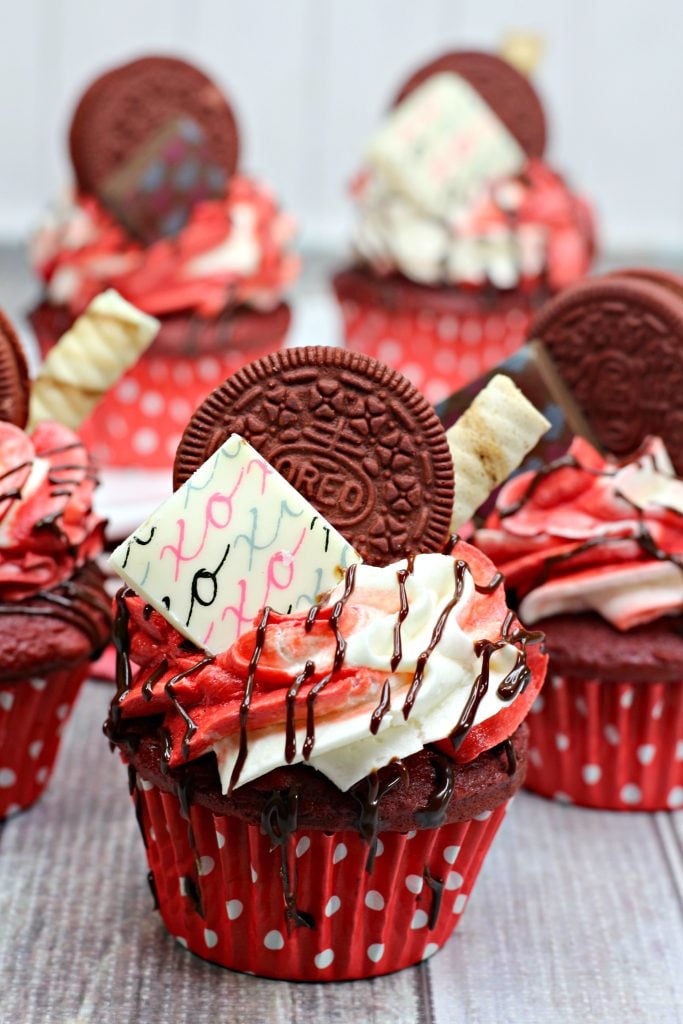 And the end result? Well let’s just say that your special someone’s socks will be knocked off by these ultimate sweetheart red velvet cupcakes. If ever there was a cupcake that was the perfect way to say I love you, these are it. 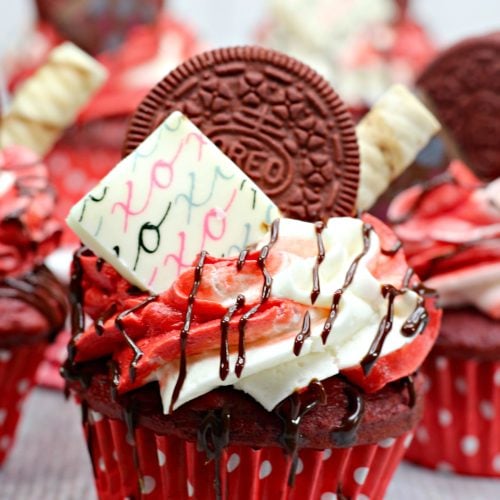 For The Cream cheese frosting

To Make The Cupcakes

To Make The Frosting

To Make The Candy Decorations

To Frost & Decorate The Cupcakes 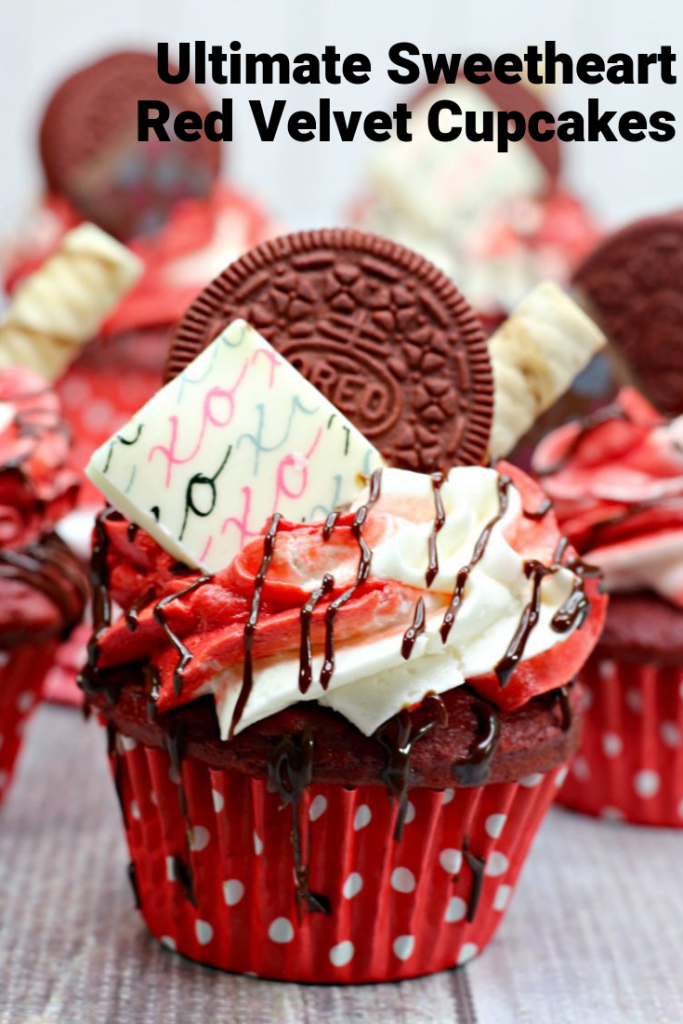 This recipe was shared at the Meal Plan Monday link party.