Grandma’s recipe might have to take a back seat, because this Smoked Sausage & Chicken Creole Pot Pie is the new aged version of the old fashioned favorite. A hearty pot pie filling with chunks of rotisserie chicken, sliced Andoullie sausage, tender veggies in a slightly spicy Creole cream sauce- it’s main meal magic that’s meant to grace your dinner table. 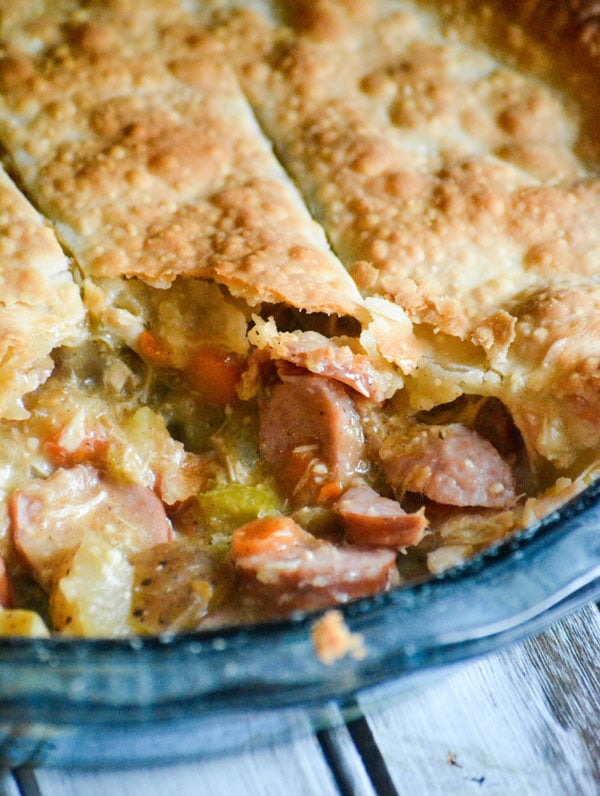 Parenting is hard, y’all. Even on our best days, it’s a lot of trial & error. Parenting teens?

That’s not just hard, it’s anyone’s best guess as to what works today and what will work tomorrow. We try our best, but I’m convinced if my kids won’t drive me into an early grave, they’re at least trying to give me a full on head of gray hair. 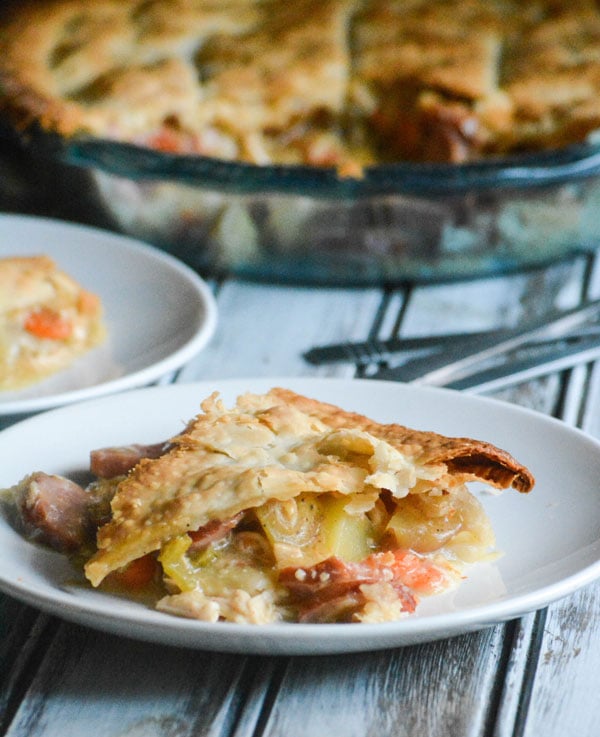 People used to tell me this old wives tale that boys were soooooo much easier that girls.

Well, I’m here to set that myth on fire and tell you that is doesn’t matter if they’re a boy OR a girl, teenagers are difficult. And they’ve all got a bunch of confusing, pent-up hormones. 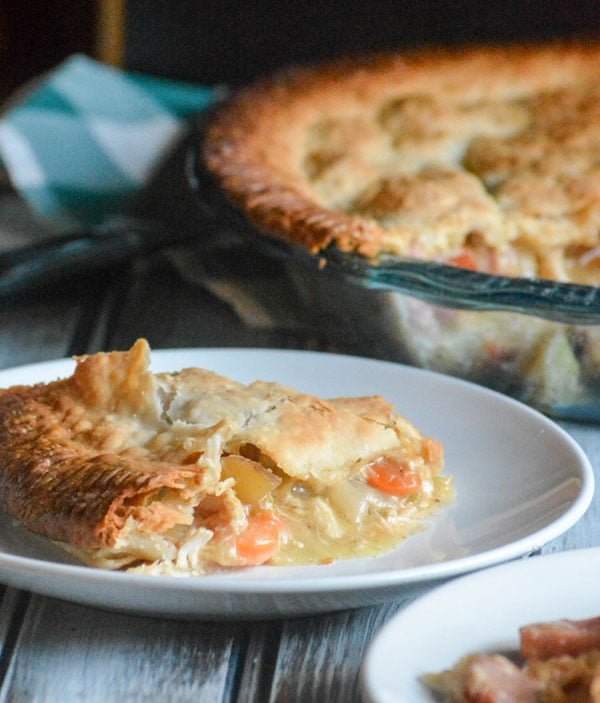 And every single one of them resents you for being their parent, as opposed to their friend, when you’ve got to tell them no. Or when you have to discuss poor choices, and what they coulda, shoulda done.

My particularly hard headed teens are probably well and truly sick of hearing my favorite catch phrase, that insanity is doing the same thing over and over, but expecting different results. 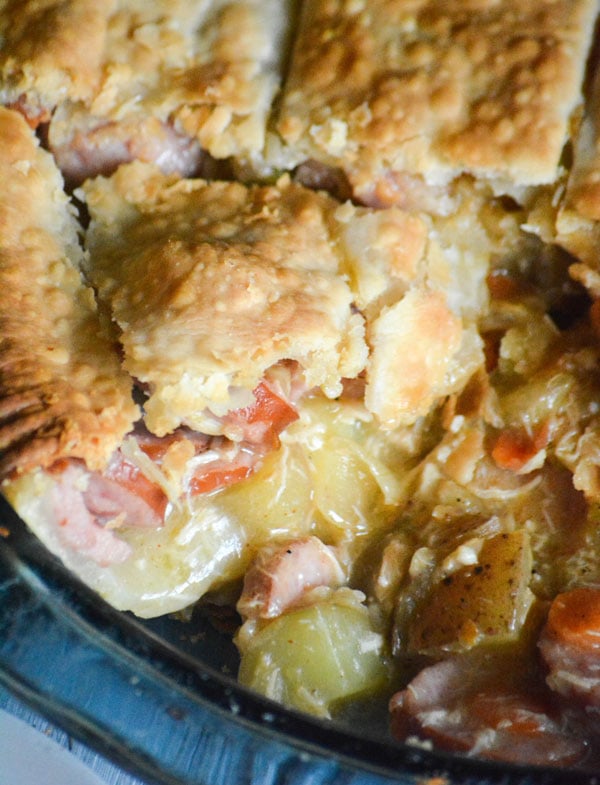 And while that is a motto that can be applied to all walks of life, it’s also one I find myself applying to the kitchen as well as our regular lives.

Take this Smoked Sausage & Chicken Creole Pot Pie, for example. I had to make it not once, not twice, but three times before perfecting the recipe. This time, the 3rd time was in fact the charm.

A pot pie, by itself, isn’t that hard to make. What can be hard is getting the ratios of ingredients and cream right so that both crusts are cooked through and it isn’t a soupy mess when you slice into it. Luckily, we’ve gotten it right for you, and infused it with the perfect amount of Creole magic.

I wasn’t too worried about it, but if you want to avoid any burnt or overly browned crust edges- simply cover the edge of the pie crust with tin foil all the way around. Also, the rest period is very important because it gives the creamy sauce time to set, which in turn gives you a pie that’s ready for slicing and not pie crust covered soup. Trust me on this, I learned the hard way. 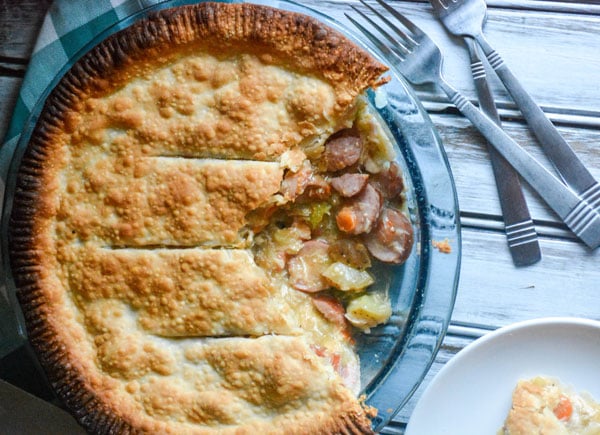 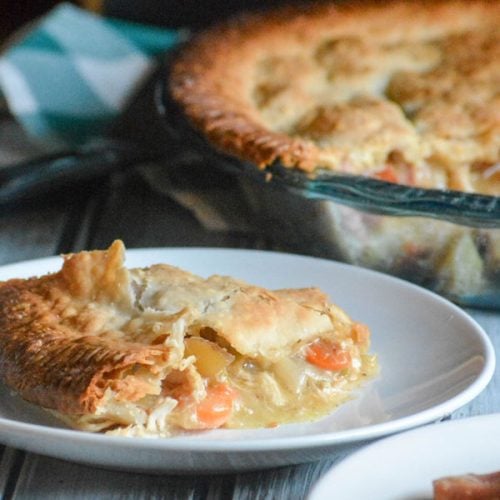 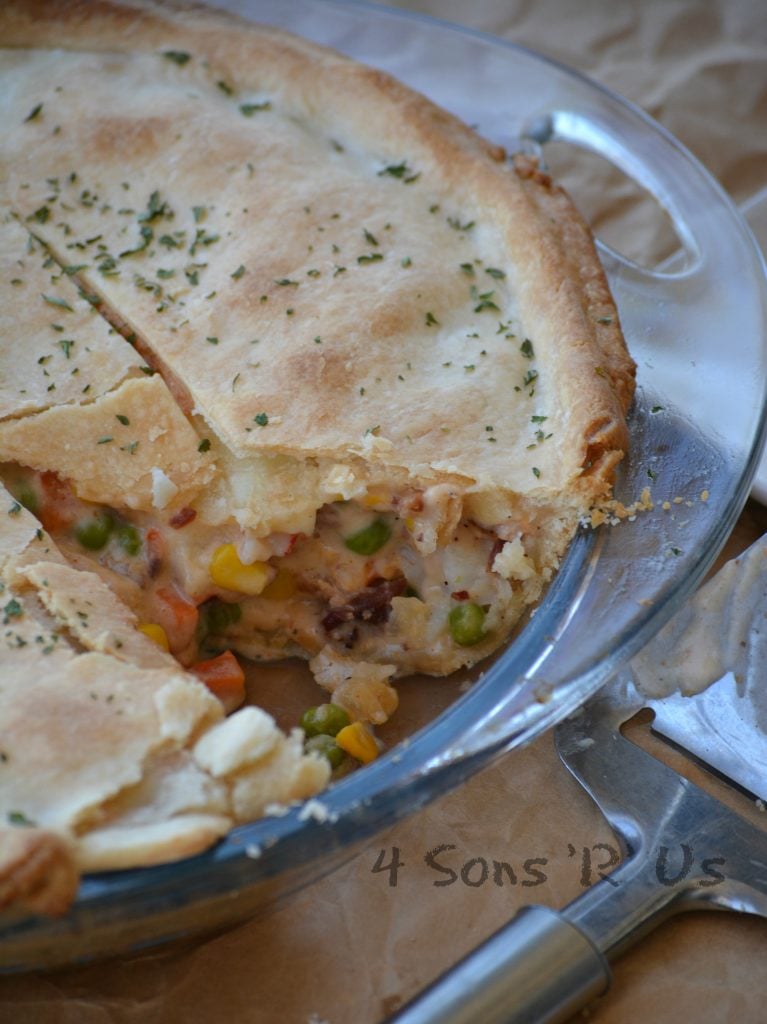 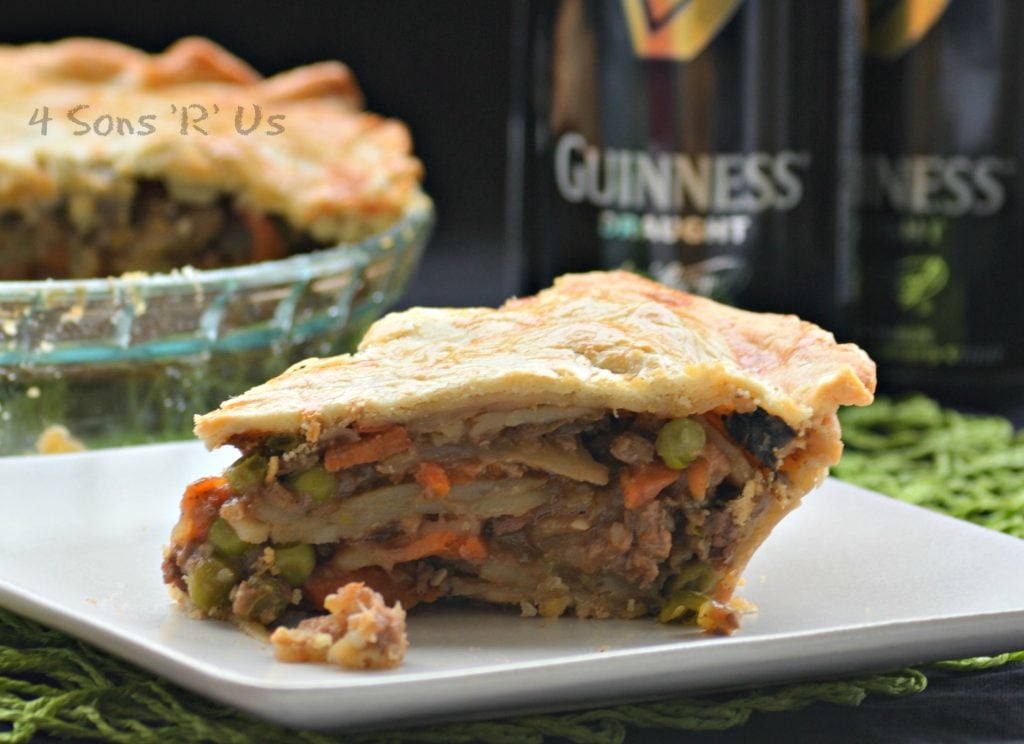 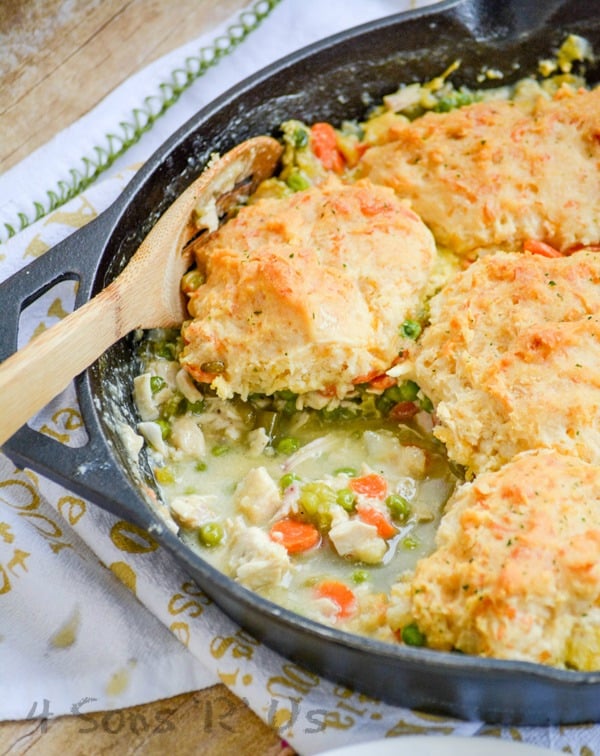