Soup may not be on everyone’s must make list as soon as Fall rolls around, but apple recipes usually are. Combine the two by going with the classic sweet & savory pairing in this Roasted Apple & White Cheddar Soup. It’s a new way to throw all your favorite seasonal flavors into one perfect dish. 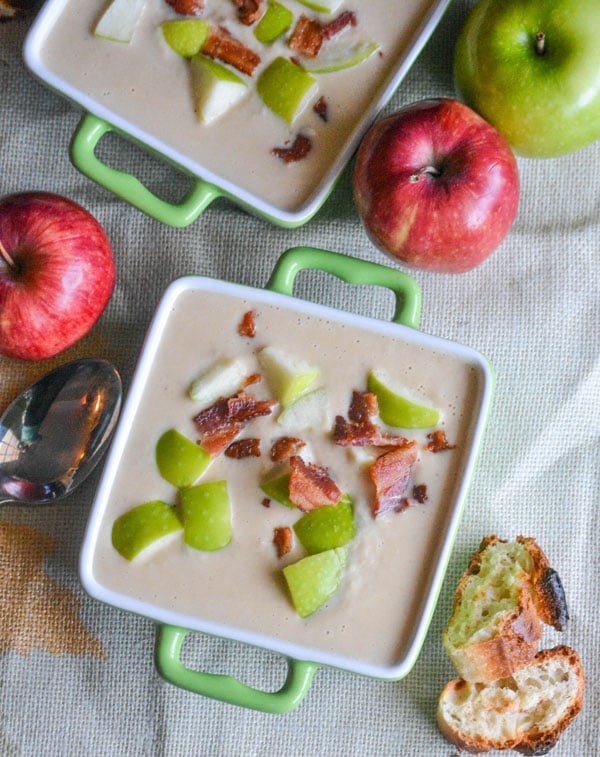 Don’t mind us, we like to get in the ‘spirit’ of things early around here.

The leaves change, and we’re off. Although this year we had to go more by the calendar than the weather, since the weather missed the memo that it’s officially Fall, not Summer. 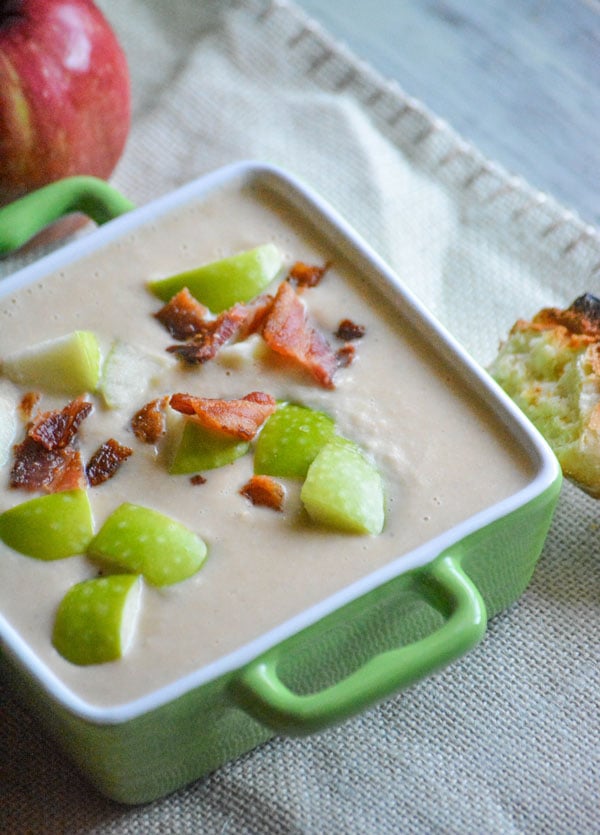 First up on our annual bucket list? The apple orchard. It’s a trek we all look forward to. Even our oldest still living at home took off of work, just so he could come on our family day trip.

He even planned ahead so that he could bring his longtime girlfriend. My child, or at least this particular child of mine, planning ahead? Miracles do exist! 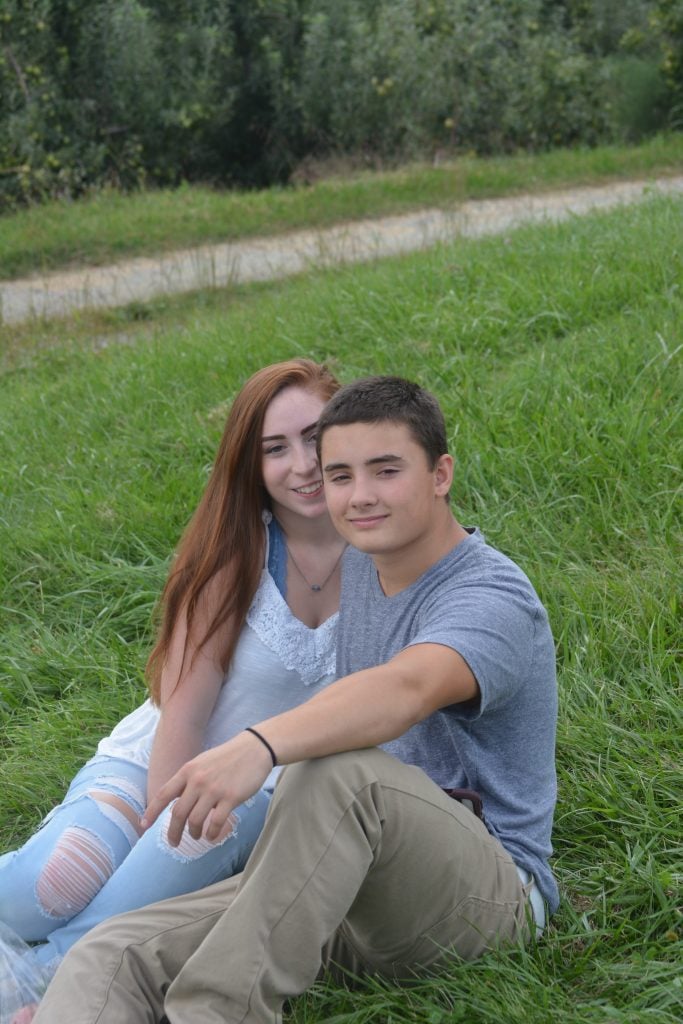 I know most people go to and come home from the orchard with thoughts of warm apple pies fresh from the oven in their heads.

I know this from the more than once I’ve had to bring back a bushel, or several, for friends and family for just that reason.

Not this Mom, though. I mean, I appreciate them as much as the next person. I’ve even got a soft spot for my Grandma’s apple dumplings. 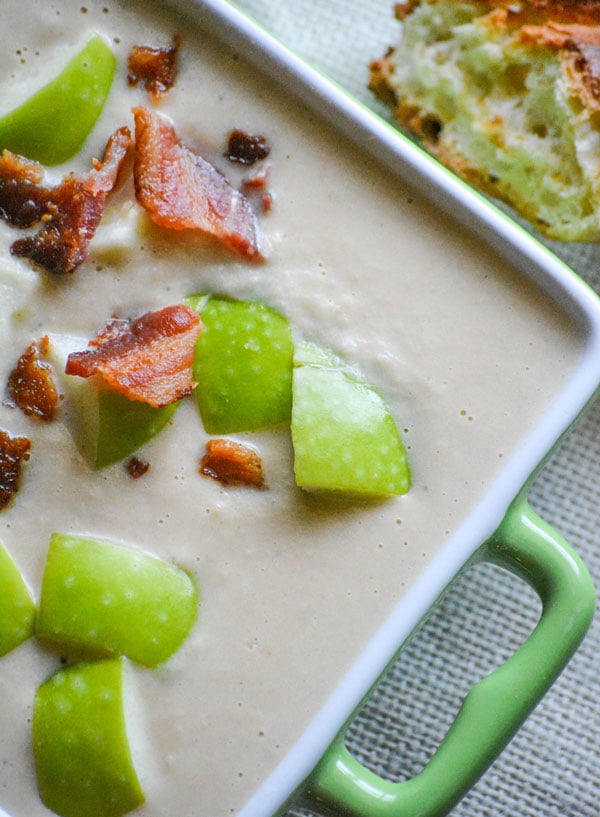 Considering my massive lack of a sweet tooth, at the top of my list of recipes to try were of a more savory & sweet blend.

Actually, I don’t totally lack a sweet tooth. I do crave a sugary sweet every now and then. The problem more accurately though, is that I only crave a bite or two– and then I’m done. I’m good, got my fill. 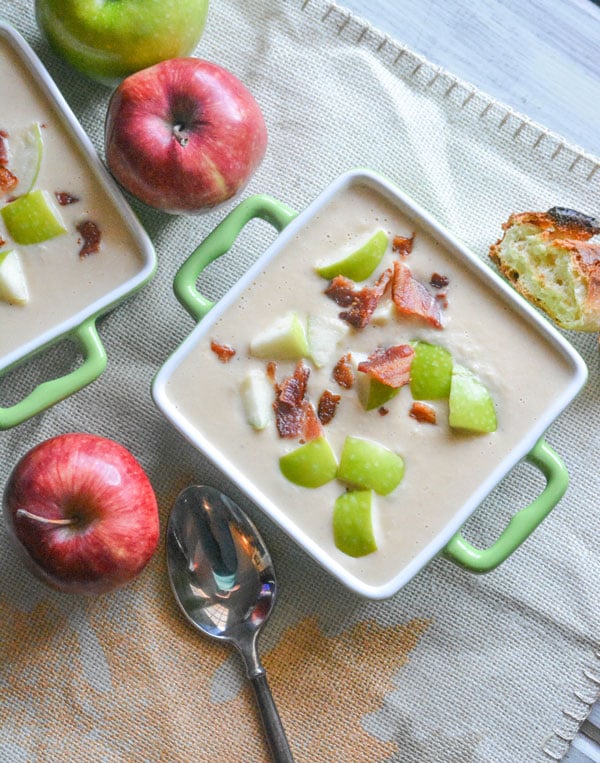 I’m not trying to force my way through an entire dessert just because I don’t want it to go to waste. Even my guys would be hard-pressed to finish an entire apple pie by themselves, even with multiple scoops of ice cream.

Back to that list I’d mentioned earlier, and not an apple pie in site. 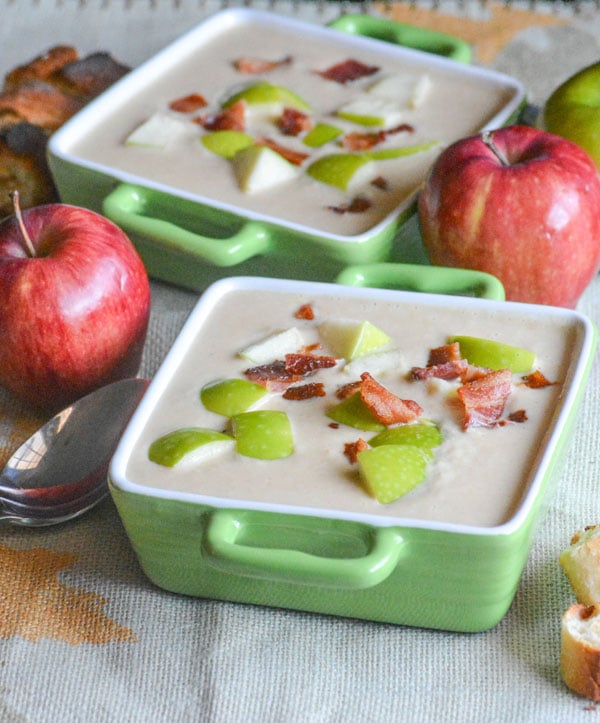 It is #AppleWeek though y’all, so we’ll be bringing you the best savory and sweet recipes we found this year- that aren’t Granny’s apple pie, or anything in that vein.

If you haven’t had a dish that pairs sweet apple and tart cheddar together before, you’re in for a real treat.

A creamy soup made with freshly roasted apples, hints of tangy aged white cheddar, and an inspired broth base infused with mustard and cider- Roasted Apple & White Cheddar Soup celebrates some of Fall’s best flavors. 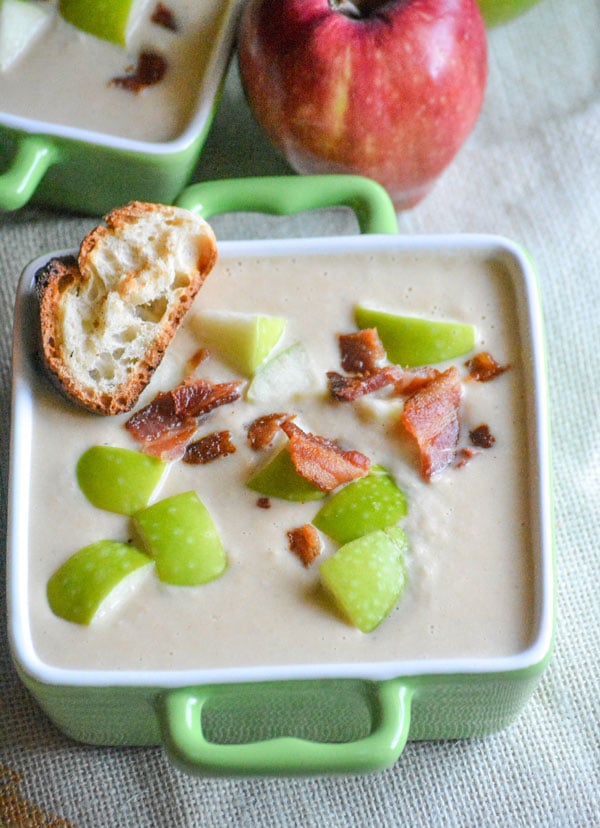 Ladle out a bowlful of Fall, top it with crisp crumbled bacon, juicy chunks of tart apples, and even a drizzle of maple syrup if you’re so inclined.

Let’s see what else everyone’s brought to the table today:

Now, remember yesterday I let you know about #AppleWeek? I might have mentioned it once or twice today. There’s big chances to win some awesome prizes/packs. Scroll through to see what’s up for grabs, and enter to WIN!

Prize Pack #2 from Dreamfarm and Casabella:

A goodie basket of Flahavan’s items

A prize pack from Veggie Wash