Eggs and muffins are both breakfast staples. Combine the two into one ultimate, tasty, portable treat. These Bacon Cheddar Hard-Boiled Egg Breakfast Muffins are AM perfection. 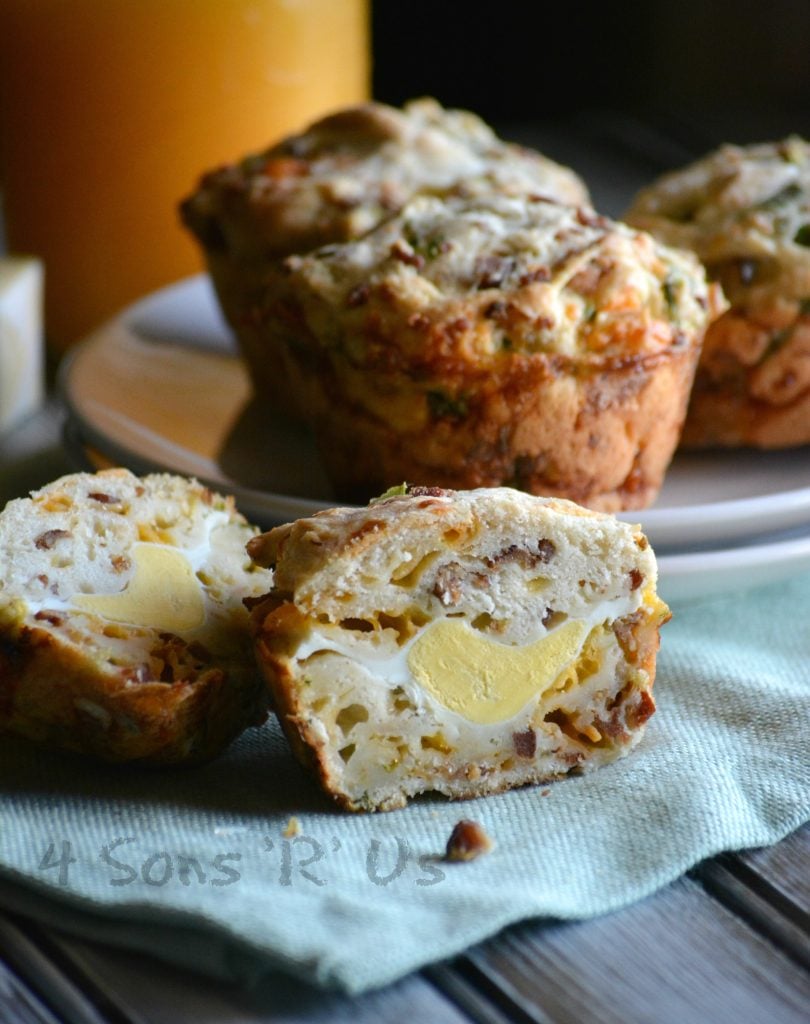 So the hubs was not looking forward to this past weekend AT ALL. You’d never know that it was because he had a milestone birthday coming. That’s right, the hubs turned the big four-oh.

We post-poned his birthday dinner until one night this week when he’s actually home to eat. Crazy hours at work.

The budget’s been tight, so we’d already agreed no gifts this year. He really was content with letting his big day come and go, especially since he didn’t really want to  shine a spotlight on the fact that he now officially feels ‘old’. 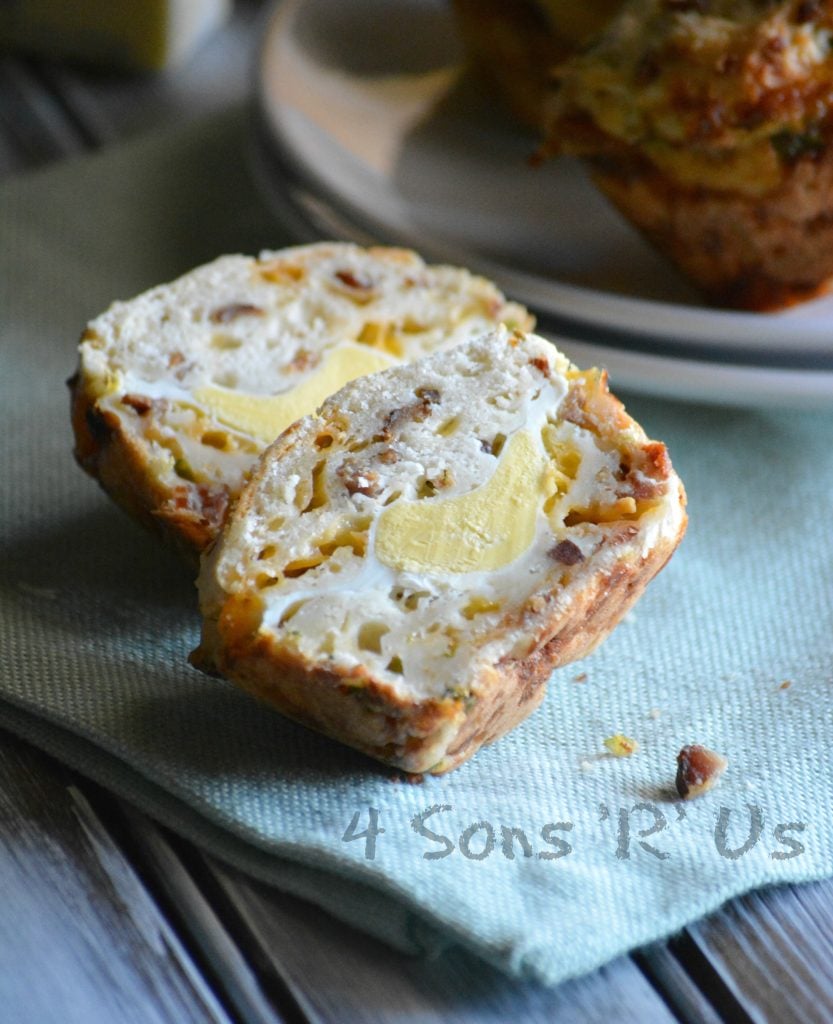 It took a lot of work, and both our families pitching in but I was able to pull off a surprise party Saturday night that totally stunned him. I mean he was floored.

He had no idea, despite me being convinced he suspected something. It didn’t even click seeing friends and familys’ cars in the driveway as we pulled up.  He thought it was a Christmas party being thrown by his Mom.

The look of shock on his face when he walked in and did a double take before everyone  shouted ‘surprise’ was absolutely priceless.

As was the giant bear hug I got after he’d made his rounds saying hello to everyone. It was awesome, and a memory I will cherish forever. 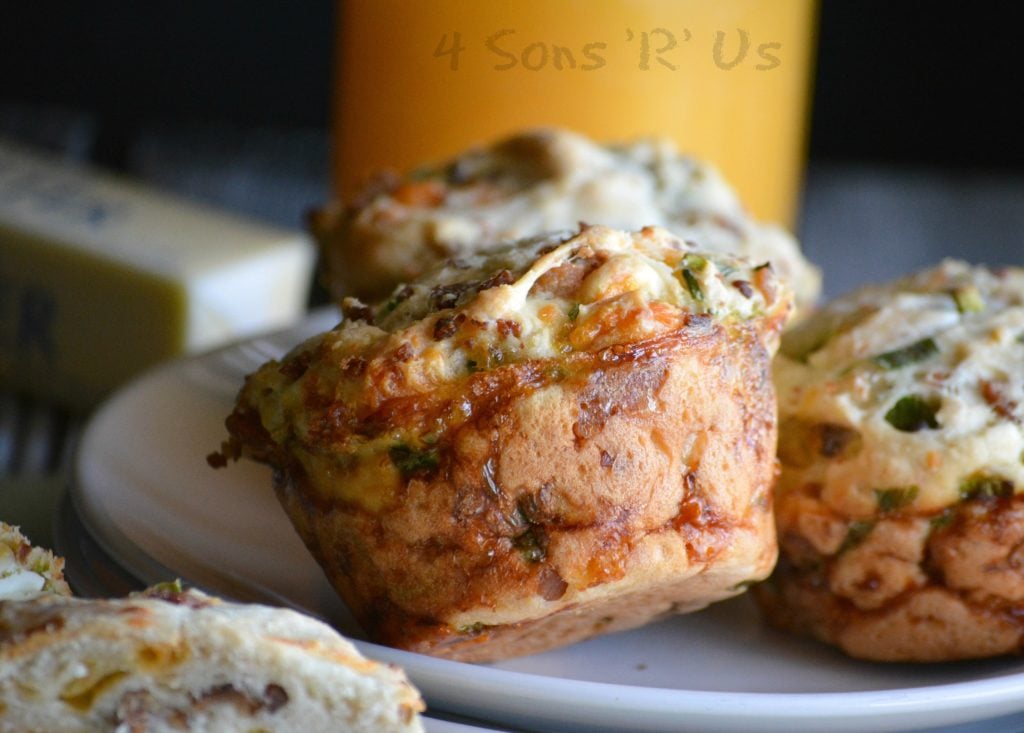 That being said, I knew neither of us were going to feel like getting up and cooking breakfast bright and early Sunday morning when the kids were hungry.

Luckily, these Bacon Cheddar Hard-Boiled Egg Breakfast Muffins are a complete breakfast all in one hand held package when paired with a glass of milk and/or orange juice.

Crisp crumbled bits of bacon and thinly sliced green onions are stirred into an easy batter with a whole hard boiled egg baked right in the center.

Brushed with butter for a golden brown finish, these are THE next big breakfast muffin. Make a batch, and discover their greatness for yourself. 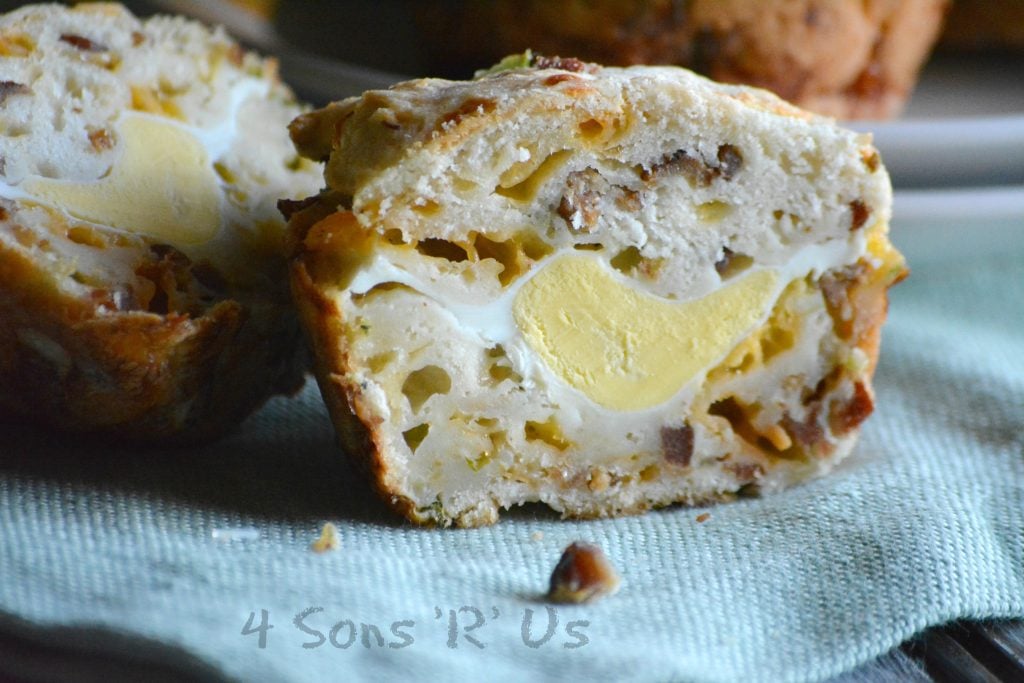 If you’ve tried this BACON CHEDDAR HARD-BOILED EGG BREAKFAST MUFFINS, or any other recipe on my site, let me know in the comment section how it turned out, we love hearing from our readers! You can also follow along with me on PINTEREST, FACEBOOK, and INSTAGRAM to see more amazing recipes and whatever else we’ve got going on! 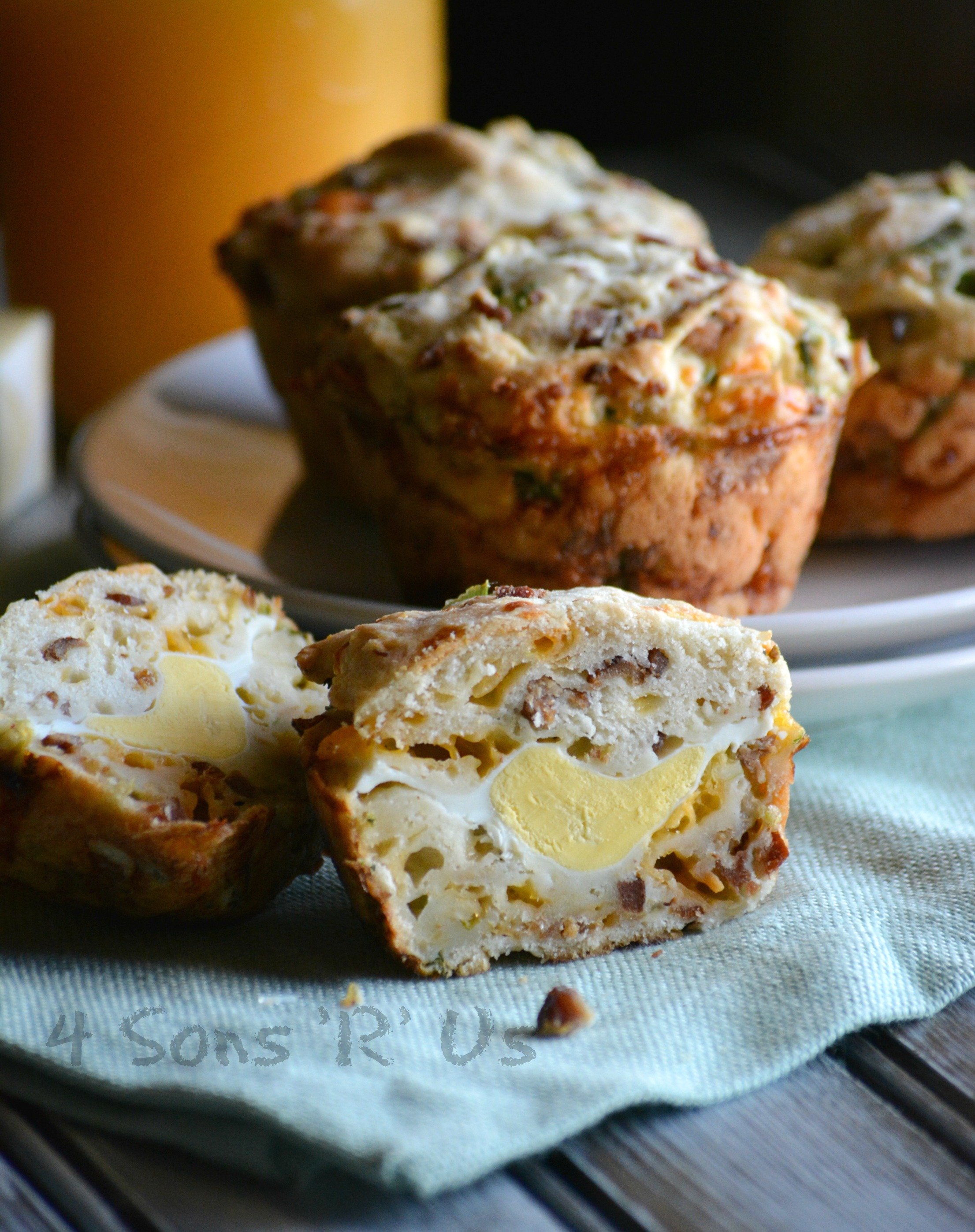