Beer, Bacon, and Cheese are standard fare at almost any viewing party, but get your game faces on and get in the zone with this epic dip that combines them all into one fantastic appetizer. It’s sure to be the MVP of your spread. Thick and creamy, topped with freshly shredded melted cheese and extra crispy bacon crumbles, you won’t want to miss out on this Bacon Beer Cheese Dip. 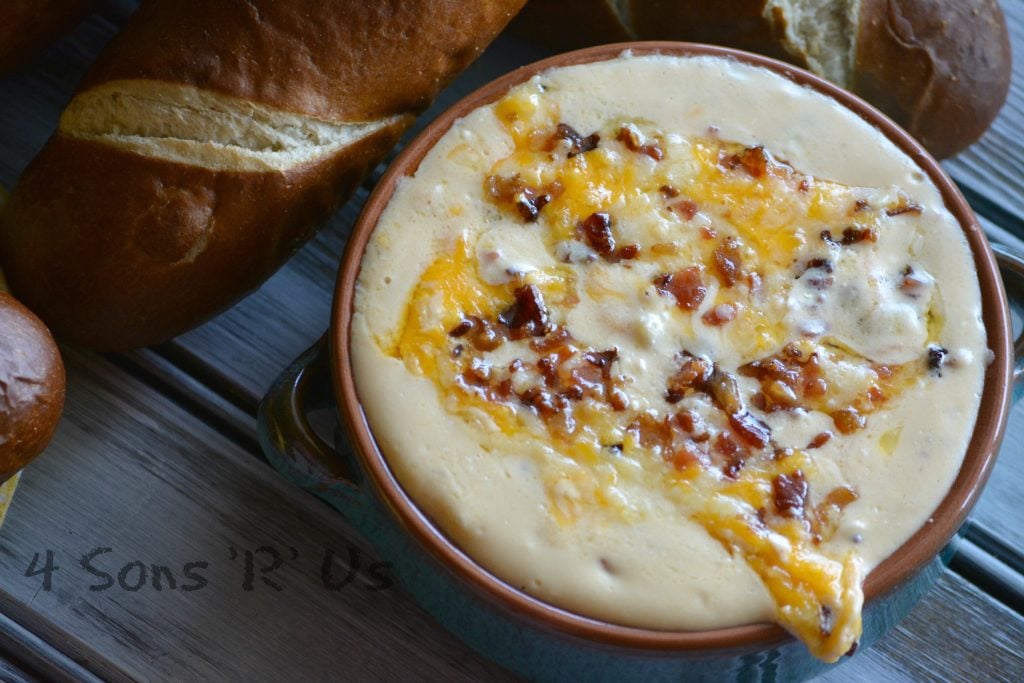 It’s that time of year so many of my friends and family look forward to for over half the year. Football is back in season.

All week long fans rehash the previous weekends game and make predictions about the coming week’s. While I love a good game as much as the next fan, for the kids and I, the before and after party is just as exciting.

Whether we’re hosting or attending, we’re all about some good Game Day grub. There’s no shame in our game! 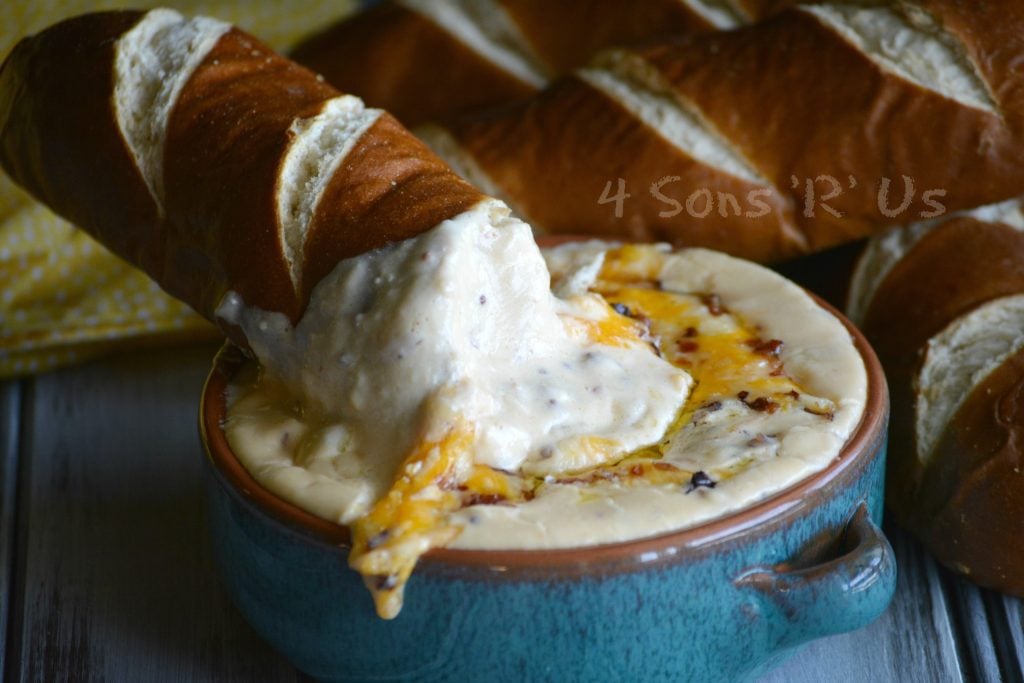 You know you can relate!

There’s always that one friend’s party you look forward to going to just because you know how awesome the spread’s going to be.

Then there’s the other’s you wonder if it’d be rude to bring your own party platter too because a few carrot sticks and cherry tomatoes just don’t set the same mood. 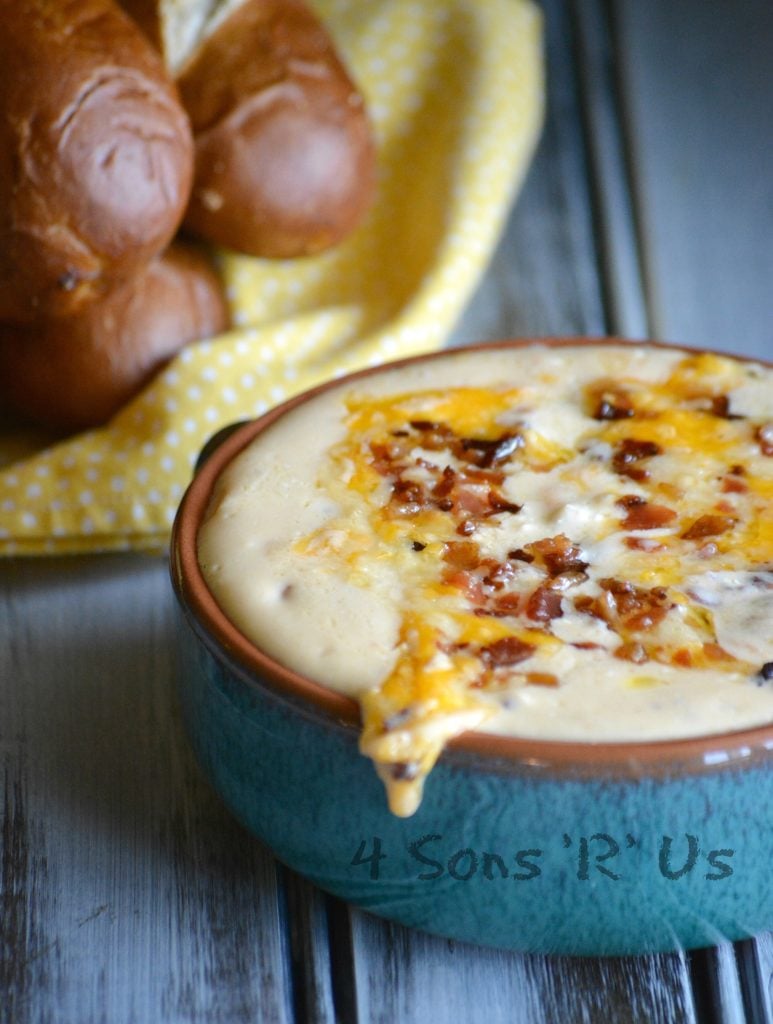 Wherever we’re going, or even if it’s my turn to host guests– I have a handful of recipes I reserve just for game days because of just how yummy they are. That and healthy goes out the window in my book at any party. 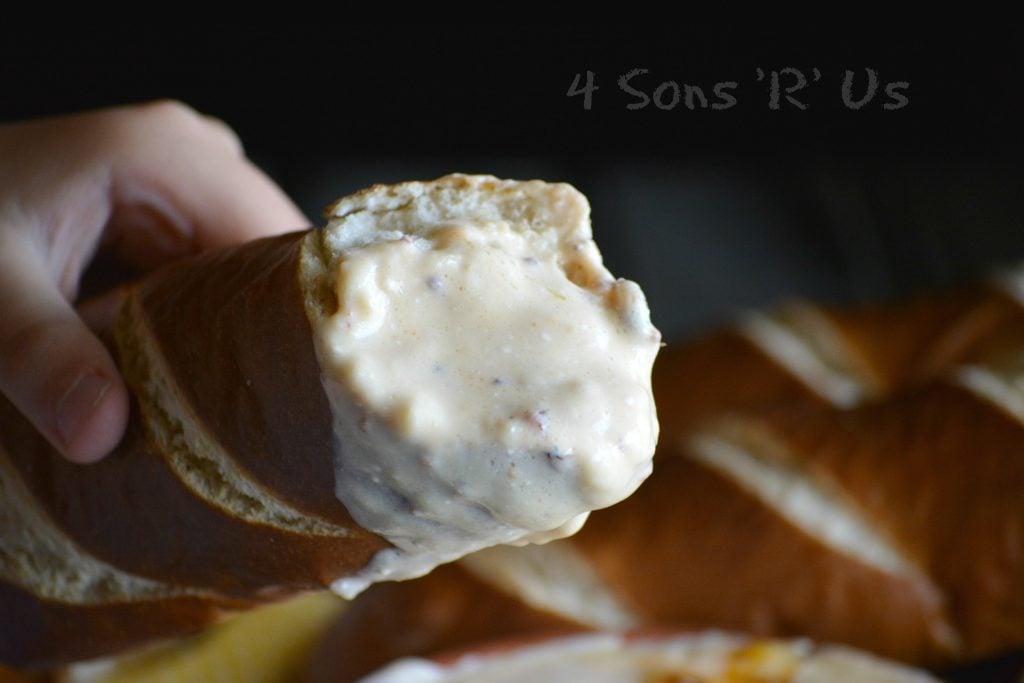 We opted to skip the pint sized glass, as well as the platter and threw the beer and the cheese together into one bowl.

Then there’s the bacon– because of course you can’t forget about the bacon, especially not in a cheesy dip. It’s a non-written, but most known fact in my kitchen. A hint of mustard, and a little bit of kick from some Tabasco sauce, and you’re in the business of having the best game day dip around on hand for your party.

This Bacon Beer Cheese Dip is a must. Serve it with chips, with pretzels, even with crackers of a sliced baguette. You can’t go wrong. Cheer loudly, dip often, and SCORE big with this fan favorite recipe.