Between the salty feta, tangy olives, juicy, sun dried tomatoes, marinated artichoke, and the traditionally Greek seasoning palette- this Greek Quiche is a Mediterranean flavor fest in every bite. Hearty & wholesome, it’s perfect for a crowd making it ideal for both brunch and dinner. 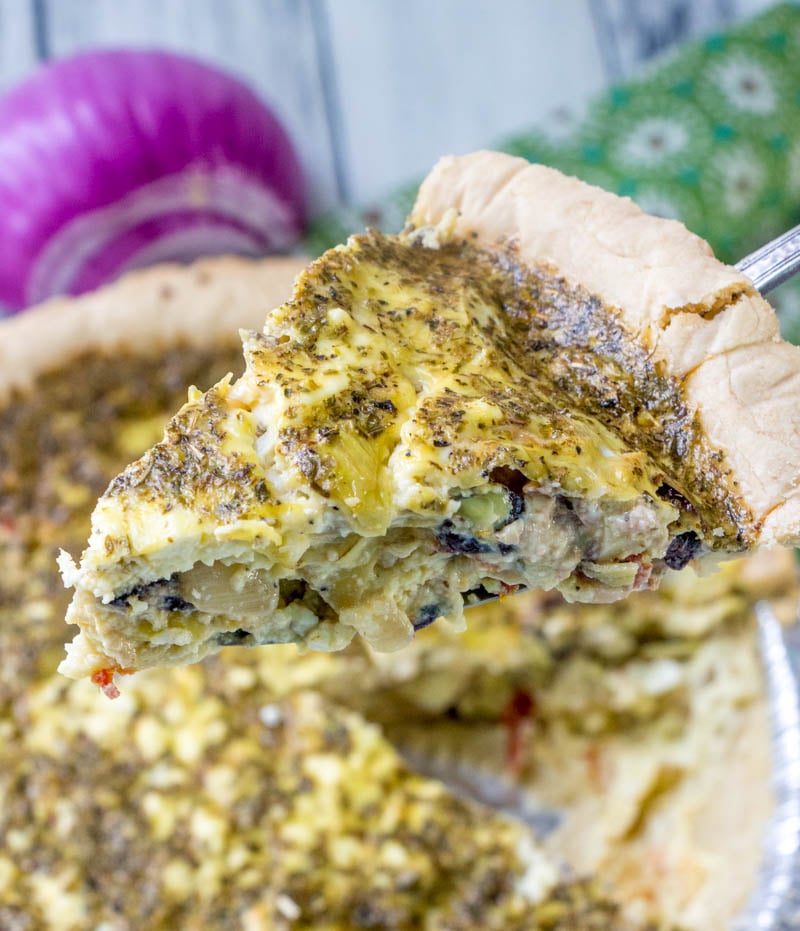 I could easily eat Greek (or Mediterranean flavored ) food all day, every day. Not even joking.

I have yet to come across another flavor pallet, that is not only bursting at the seams and win robust favors jam-packed into every single bite, but all-around pretty healthy as well.

(I’m sure they’re out there, I just haven’t found or fallen for ’em yet.) 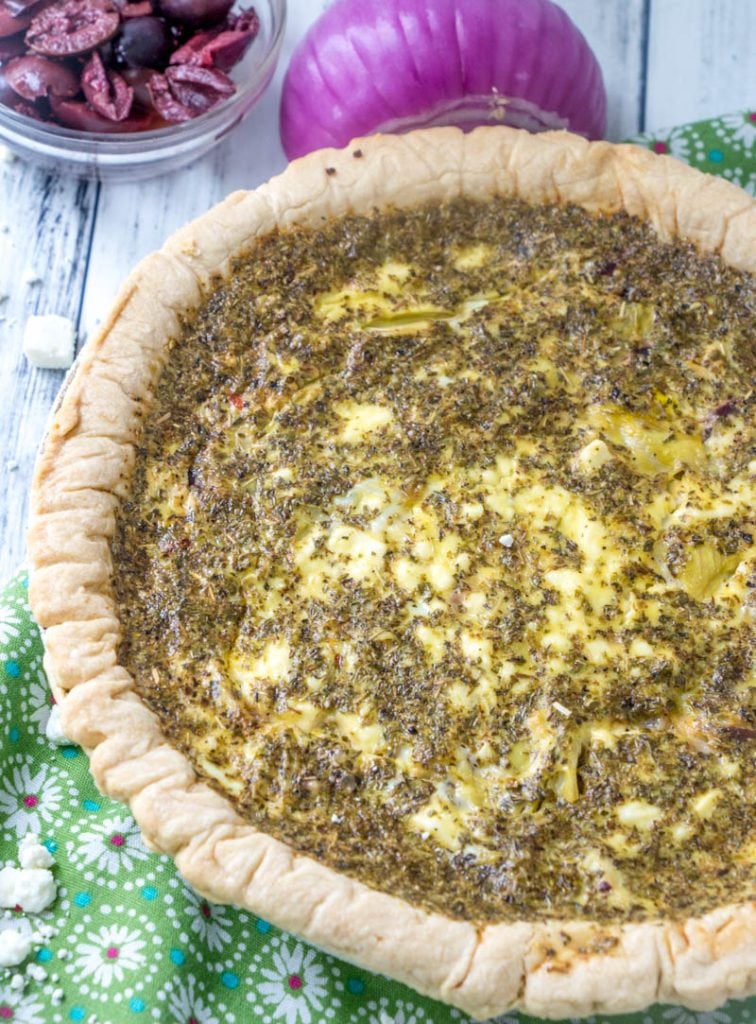 Quiche for dinner, you say?

But with all that egg-y ness how can it be?

I mean, other than in batter recipes, that much egg in a single dish is usually firmly reserved for AM hours. Breakfast yes, brunch too, but dinner?

You wouldn’t believe the curious looks we’ve gotten before when mentioning that we sometimes serve, and always enjoy, quiche for dinner. 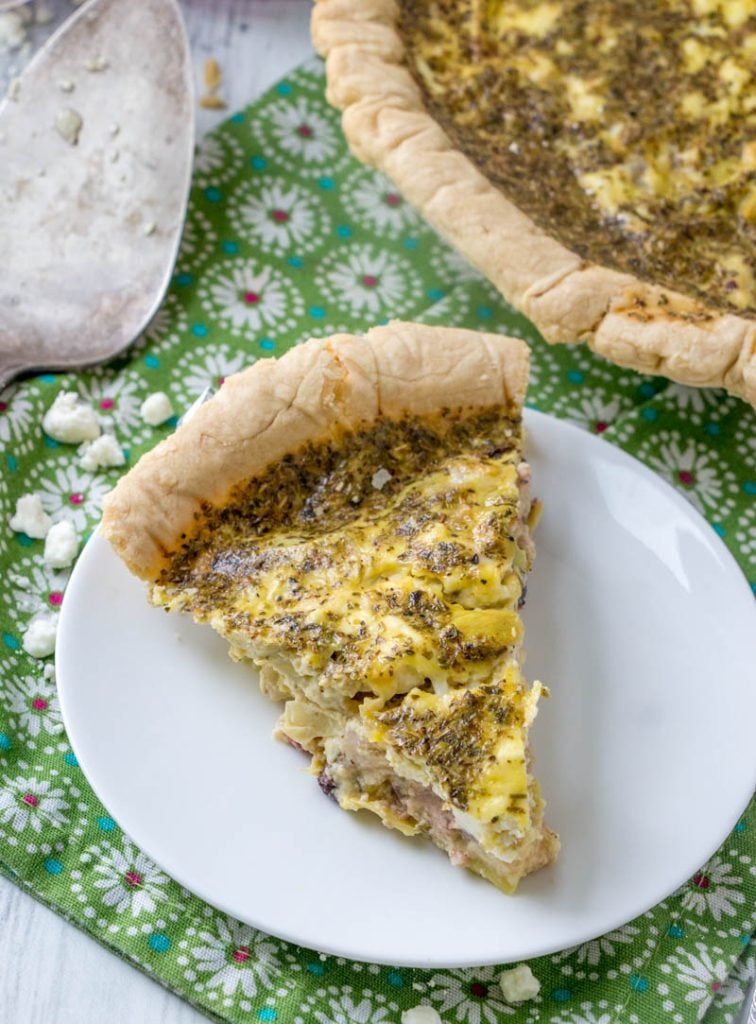 Quiche isn’t anything new. It’s been around for hundreds of years, although it didn’t really become common or take of here in the U.S. until the 1950’s.

With the original version being the Quiche Lorraine, most people think it originated in France. Which is kinda true, and kinda not- but an easy mistake to make all the same.

You might be shocked to discover that it actually originated in Germany. Yep, you read that right! 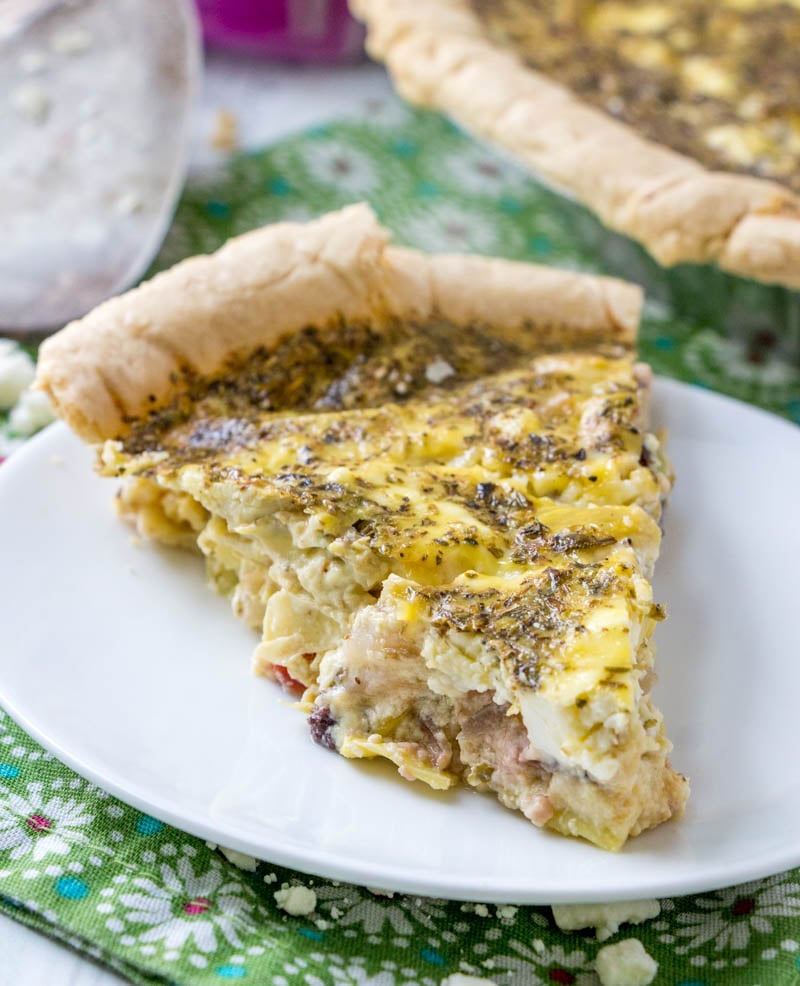 Way back in the day, there was a Medievil kingdom called Lothgrien, under German rule. Later, when the French came to rule the principality, they renamed it (drumroll, please) … Lorraine.

There you have it folks. The classic French dish was actually of German origin.

The original ‘Lorraine’ version featured an open faced pie filled with a mixture of eggs and creamy custard studded with chunks of smoked bacon. The ‘traditional’ cheese was a more modern addition.

Since becoming wildly popular outside of it’s native Europe, it became clear that it was the perfect base to take on all kinds of flavor profiles. Cue all the different variations now with all kinds of add-ins.

Thankfully it paved the way for this yummy Greek Quiche version. 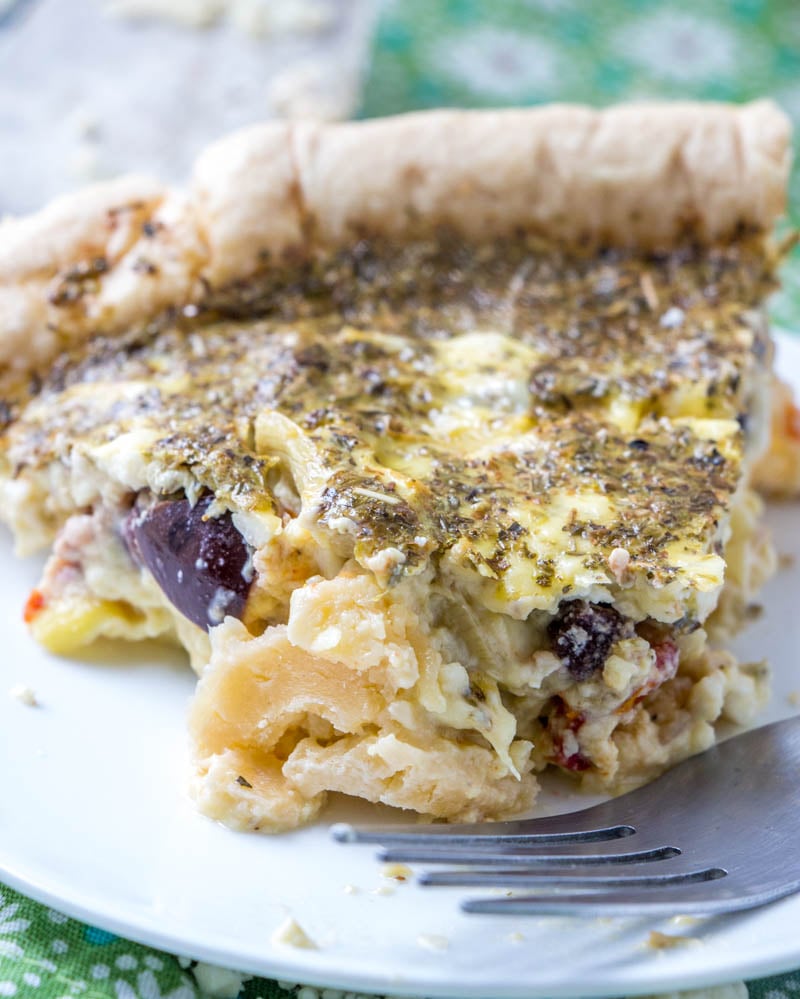 The salty feta, the tangy olives, the juicy, sun dried tomatoes, the marinated artichoke, and all the traditionally Greek seasoning palette make for a Mediterranean flavor fest in every bite.

The egg is just the glue that binds it all together, and it doesn’t detract or disappoint. Far from it. Somehow it manages to get even better with every bite.

This Greek Quiche won’t disappoint a single person you serve it to.

Tongues will be waggin, that’s for sure, but only because of how truly delicious this dish is. 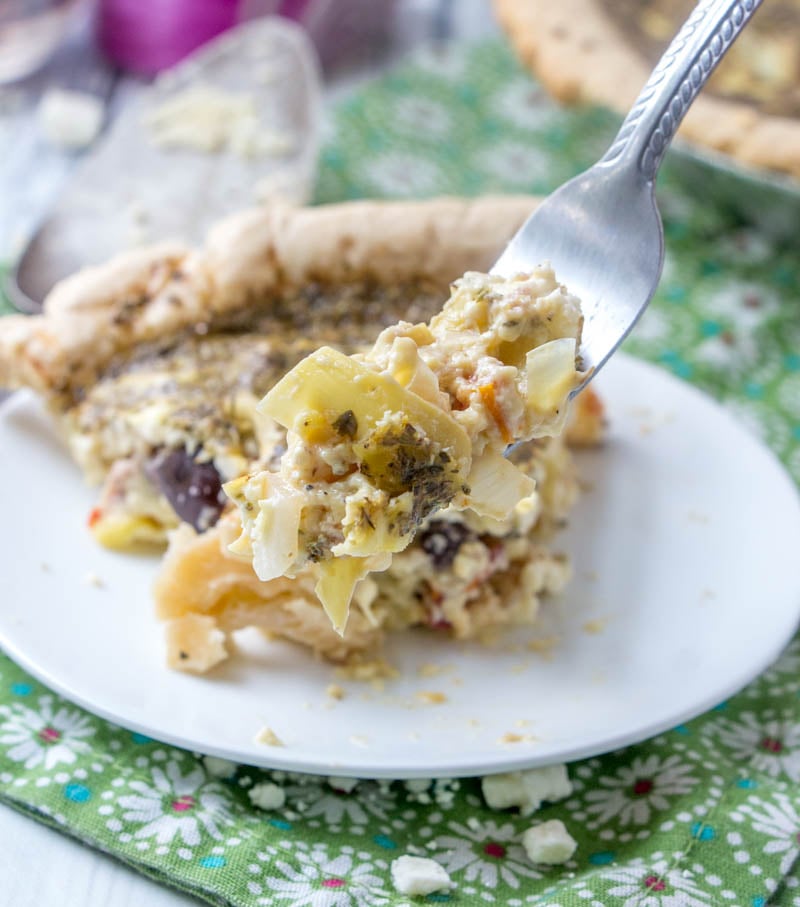 Do you share our love of all things Greek? Or Mediterranean flavored? Here’s a few other ideas you might like: Greek Chicken Burger Sliders with Pickled Red Onions & Greek Yogurt Sauce, Greek Spinach Feta Chicken Pockets, or Greek-Style Oven Fries. 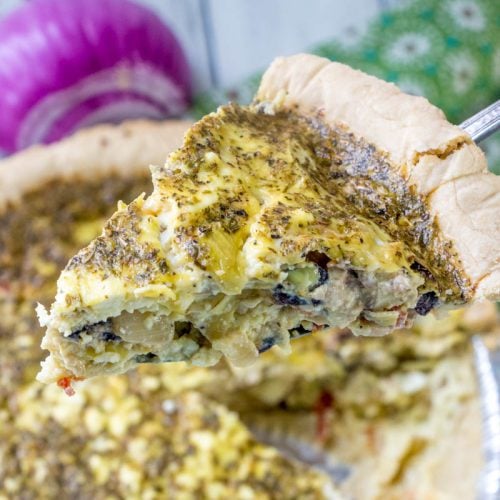 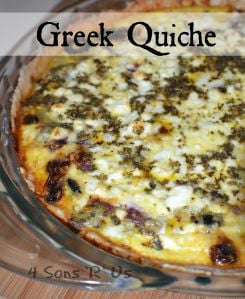