Turn store bought marshmallows into a fun Christmas treat with only a handful of ingredients. These Christmas tree window marshmallows are a hit at Christmas parties and make a jolly hot cocoa topper. Best yet, this is a festive food craft easy enough to do with the littlest family members. 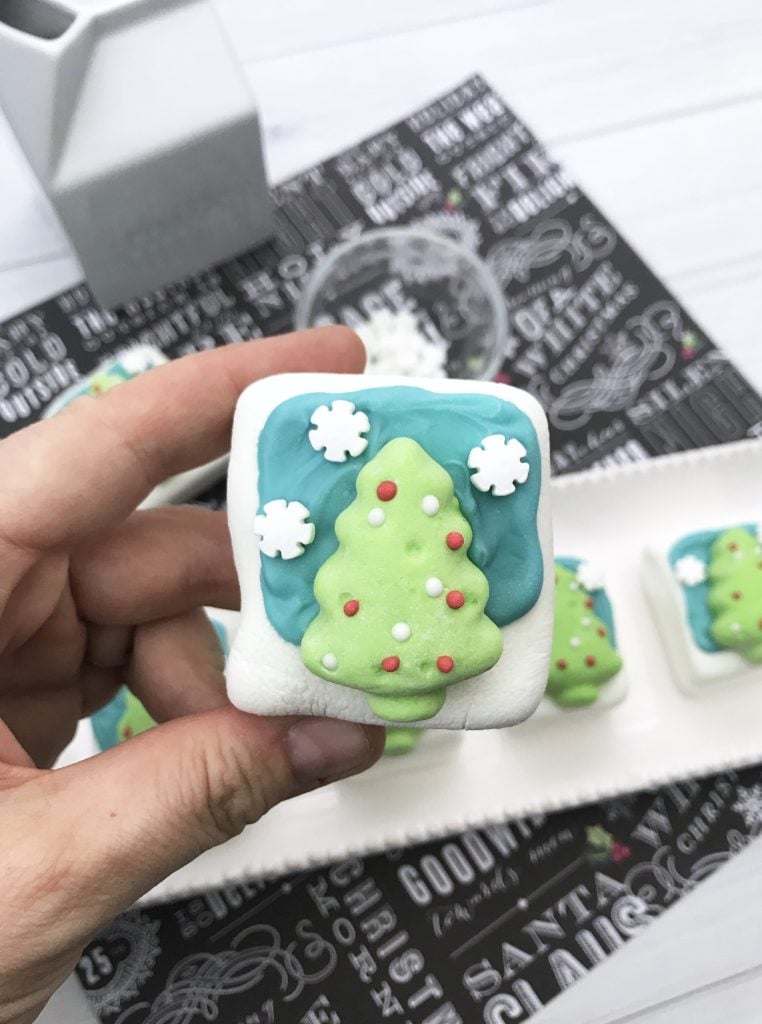 END_OF_DOCUMENT_TOKEN_TO_BE_REPLACED

In March my big, bad 12 year old (I’m kidding, he’s an angel) turned an even bigger and badder 13. I’m a die-hard Doctor Who fan creating another generation of fan-boys  So far all four love the show, but with my 3 year old, and the now 13 year old it’s a love bordering on obsession  The 3 year old refused to be anything other than THE Doctor for Halloween, and my birthday boys entire wishlist was related to the show. I had found this really awesome Thor hammer on clearance at Target and just knew he’d love a Thor cake (he’s a fan-boy  he loves comic books), but I was wrong. Nothing but a Doctor Who themed cake would do. The result was a lovely Tardis cake, and he was happy and impressed!

My little Wholigan with 10’s customary blue suit, converse sneakers, glasses, and of course his sonic screwdriver (built by my wonderful husband).

In anticipation of the premiere of the second half of season 7 of the show, I decided that since it was such an exciting night in our house, I’d make some coordinating treats to add to the anticipation. While we watched the premiere episode, ‘The Bells of St John,’ the kids munched on slices of Fish Finger and Custard Pie (which was actually a basic ‘dirt’ cake with a few changes made) and mini Adipose.

Warning: Unlike me, be sure to warn your child that a ‘dirt’ cake doesn’t actually contain dirt. Otherwise they might refuse to eat it and wonder why on earth you would ever willingly feed them dirt.

These treats would also be great for an end of the season party or even to celebrate the 50th Anniversary special! What Whovian, young or old, wouldn’t go ga-ga over themed treats during an episode?!