BOO meringue cookies are shaped like ghosts to make a fun treat this Halloween! Celebrate the day with these spooktacular treats sure to delight kids and adults alike. 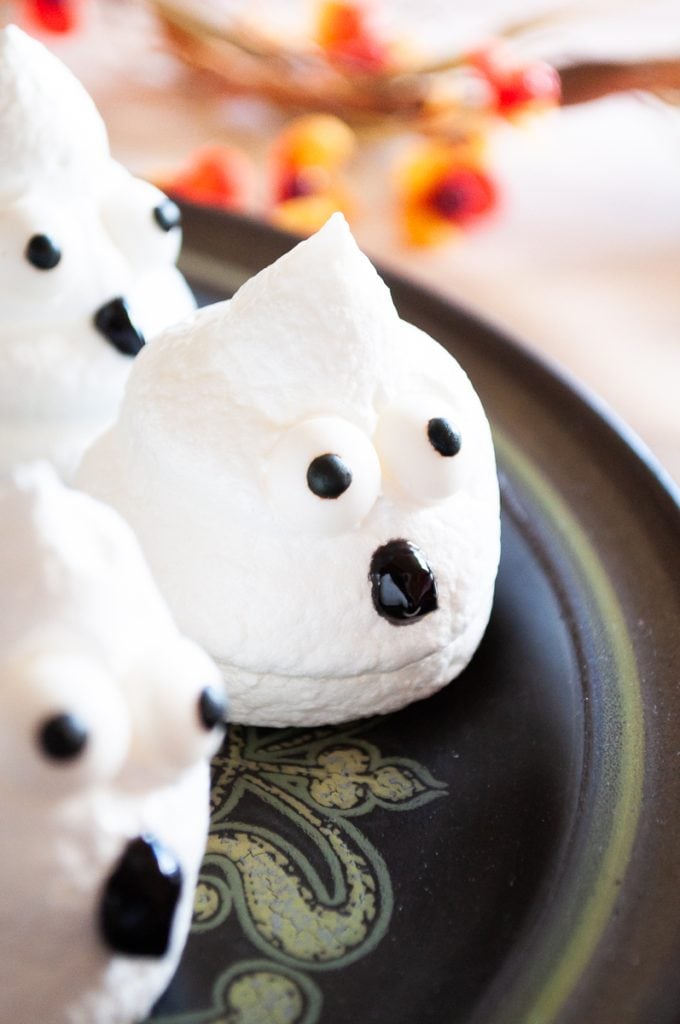 END_OF_DOCUMENT_TOKEN_TO_BE_REPLACED

Oh, Kool-Aid, how the sons love you. How they will agonize over the packet selection at the grocery store, trying to find the perfect five or so for a $1, occasionally arguing amongst each other over whether they really want to waste one of their picks on plain, old orange. It’s always a bit of a bummer for them when they realize their packets have run out, and they’ve got to wait 2-3 more weeks for our monthly grocery trek to get anymore. Imagine their surprise when they saw me putting extra packets into the cart a few months ago. They were a bit surprised when I said we wouldn’t be drinking the grape or the cherry, but baking them instead.

These were super easy to make, and the kids enjoyed the slightly sweet taste as the cookies melted in their mouths. The older sons even learned how to separate an egg, something I didn’t do for the first time until just a few years ago. Son # 4 even helped pipe them out onto a baking sheet. He was pretty proud of himself and his ability to get his hands ‘dirty’. I’ve seen these described before as easy peasy lemon squeezy and that’s the truth!

recipe originally from Adventures In All Things Food

1. Preheat the oven to 225 degrees.
2. In a stand mixer, beat the eggs till they are frothy. Then add in the cream of tartar and continue to beat until soft peaks form. Then start beating in the sugar, 1 tablespoon at a time, until it is all dissolved and the peaks are stiff. Rub a little of the egg whites between your fingers to check for gritty sugar. The mixture should be smooth. Then beat in a teaspoon of the Kool-Aid liquid.
3. Put in a piping bag with a 1M tip and pipe onto a parchment covered baking sheet or silicone mat. Keep the cookies uniform so they will dry evenly. Bake for 45 minutes and then turn off the oven and leave the cookies in for another hour. They should be completely cool and release easily from the baking sheet.
4. Enjoy right away or store in an airtight container.