Rustic Pan Seared Chicken Thighs with Garlic Gravy are the solution to all your ho hum chicken and gravy problems. Perfectly seasoned, seared chicken thighs are simmered in a rich, garlic & thyme infused gravy. It’s a dinner dream come true, especially since it’s easy enough for any level of home cook to accomplish. 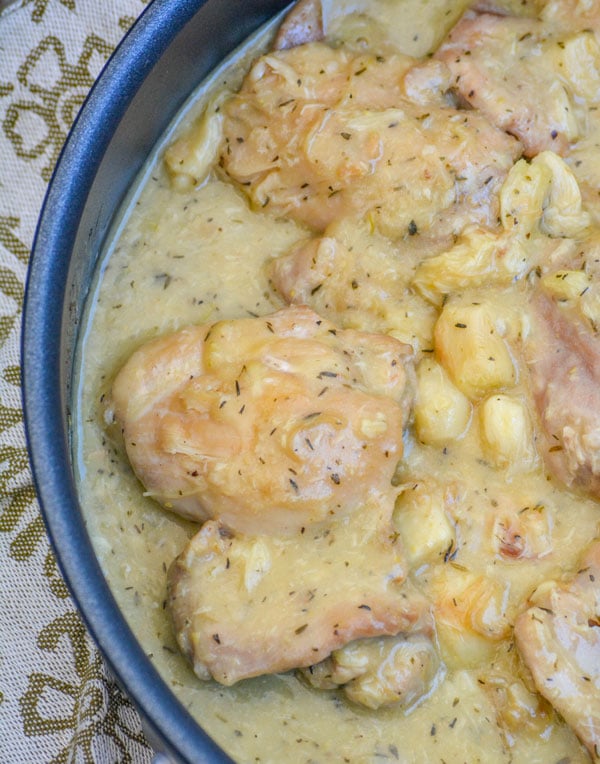 Gravy is seriously the sauce of life. It’s amazing. Love the stuff.

There has even been a time or two when I’ve been introduced to one that’s so delectable, I’ve seriously considered pouring it in a cup, popping in a straw, and drinking it straight.

Ok, maybe I shouldn’t have admitted that? I did say considered though. There was enough modesty in me that I didn’t actually go through with it. Of course, that could’ve also been because there was an audience. Maybe. 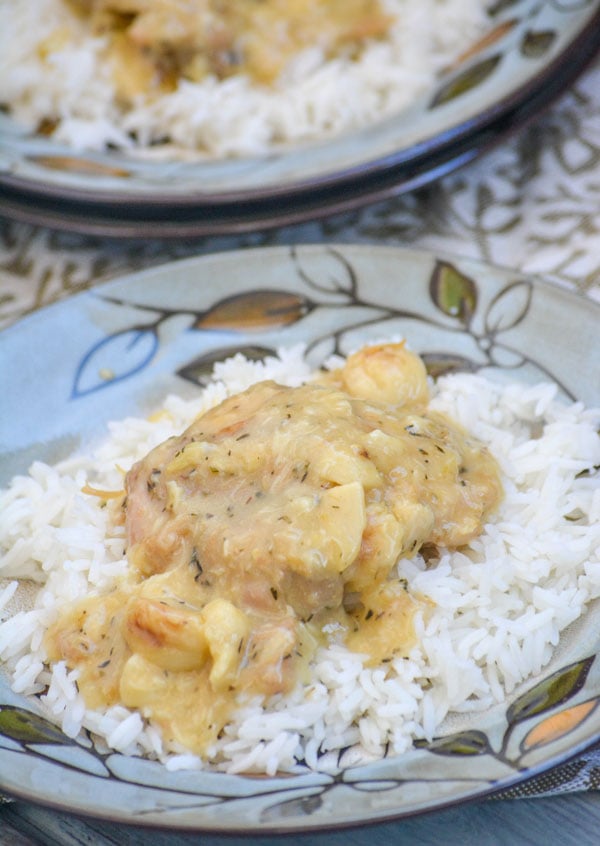 It’s a family problem though, probably hereditary although my mother manages to show a lot more restraint in that regard than my sister and I do.

We’ve narrowly avoided an all out war over this liquid gold at family functions and holidays over the years. Narrowly. I’m pretty sure I caught my little sister with her fork clenched in a white knuckled grip, and decided against another scoop.

Pretty sure she’d have forked me if I’d gone ahead and went back in for more. 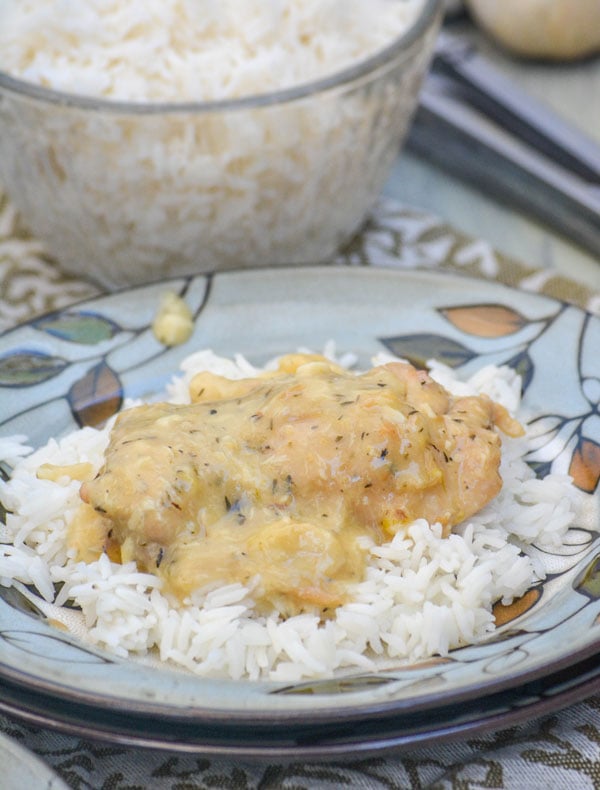 I can’t really blame her though, our mother makes the best dang gravy this side of town- and my sister’s is almost just as addicting.

Only thing missing is the ‘made by Mom’ factor! 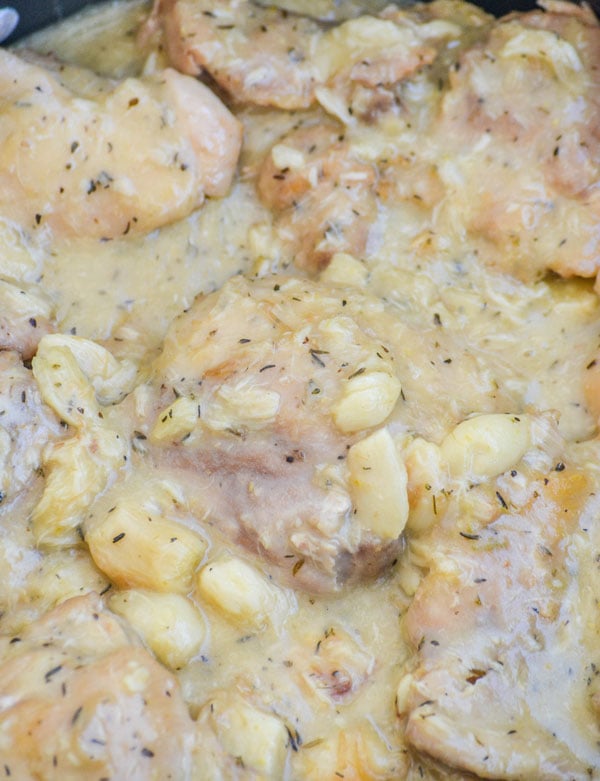 And all was right on my gravy train, until the day I discovered garlic gravy. Mind = Blown. I kid you not. That stuff was like gravy straight outta Heaven!!

It’s still one of my top 3 favorite gravy recipes of all time, especially when made in this Rustic Pan Seared Chicken Thighs with Garlic Gravy recipe. 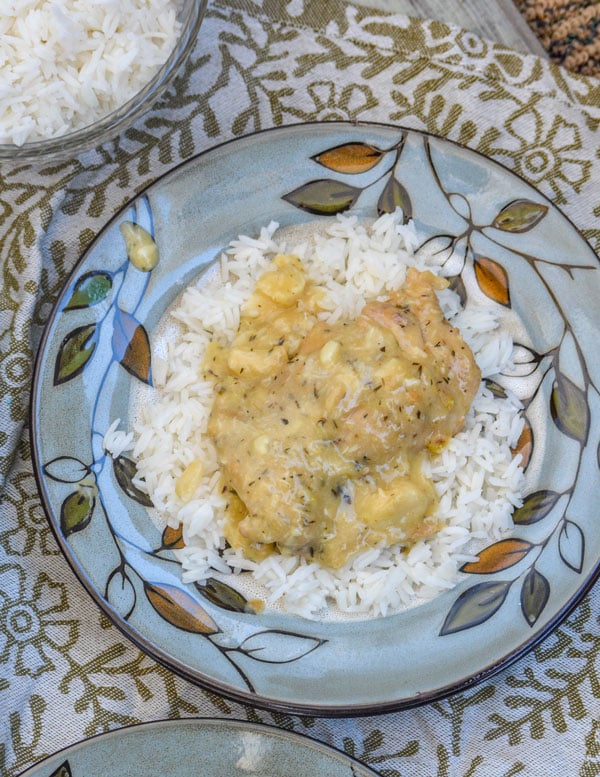 Are you craving chicken and gravy? Do you shy away from it because it seems hard, or at least out of your comfort zone?

Don’t walk, run toward the light I’m shining in your lack of homemade chicken & really great gravy darkness- because this recipe for Rustic Pan Seared Chicken Thighs with Garlic Gravy is the best thing that’s every happened to your taste buds. 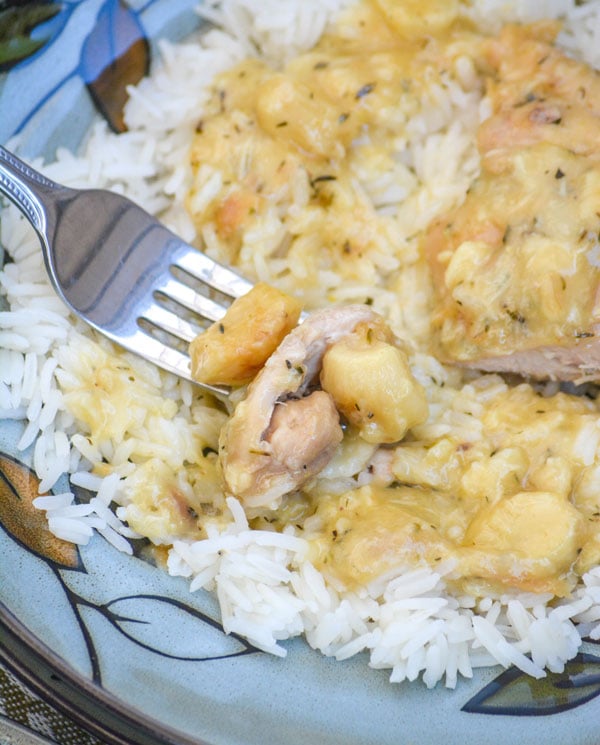 Satisfy that craving with perfectly seasoned, seared chicken thighs swimming in a rich, thick gravy with savory bulbs of golden garlic and notes of thyme.

It’s a meal fit for a king, and easy enough to grace any supper table. 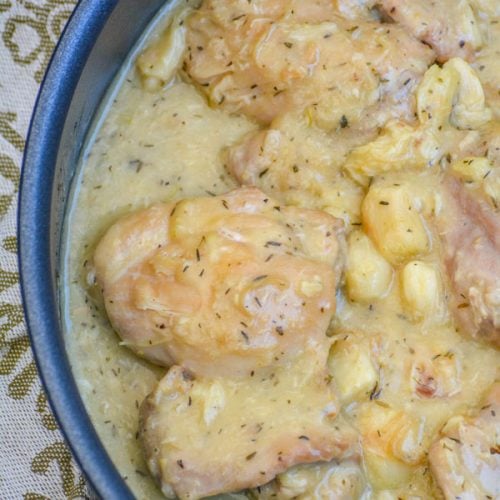