Pin26
Share
Tweet
26 Shares
Jump to Recipe Print Recipe
Crispy, edible hashbrown bowls are filled with a creamy, rich herbed cheese filling studded with fresh baby spinach. It’s an indulgent breakfast in every bite. Even better? These Spinach & Herbed Goat Cheese Hashbrown Nests can double as a decadent side to a steak dinner in lou of the traditional baked potato. 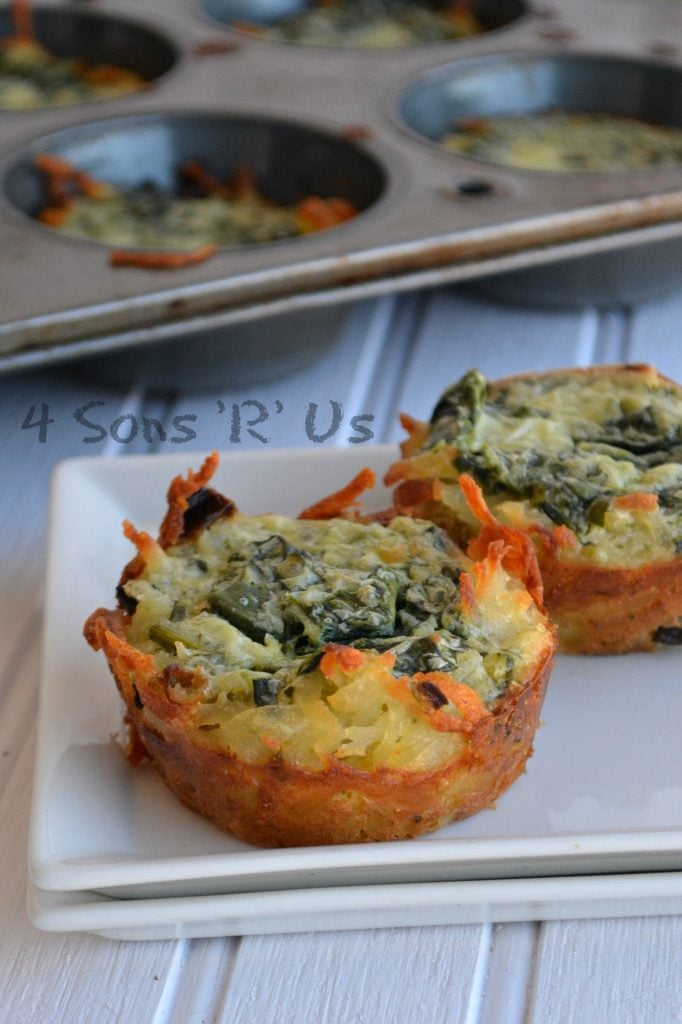 I’ve been hearing the youngest son talk about Mother’s Day coming for months now. Any opportunity to ‘celebrate’ his Mama gets him so excited.
He’s like the anti-grinch, but his heart still swells in size the same. He’s definitely a Mama’s boy.
When he was 3 he grabbed an old ring out of my jewlery box and pronounced us married forever in his heart and wore it around for weeks.
At 6 1/2 he still get’s upset when the kids in class tease him about ‘like-liking’- any of the girl’s in his class because he’s worried it will hurt my feelings. He’s assured me, I’m it for him until at least his teenage years!
Usually his gifts include something re-gifted. Like the two valentine’s cards from his classmates he scratched out name on and made out to the best mommy in the whole wide world who he loves more than the moon and stars in the sky.
Other times, I’ve been offered a night with his precious ‘tigey’– his precious Tigger emblazoned baby blanket that he doesn’t willingly part with for almost anything. I’m eagerly waiting to see what this year entails.
I’m hoping it’s lots of snuggles and hugs and kisses. My favorite gifts.
Although I have heard whispers of breakfast in bed– which I’m sure will entail some cocktail of cereal and milk and doughnuts or un-toasted pop tarts.
Either way, I’ll love whatever it is. 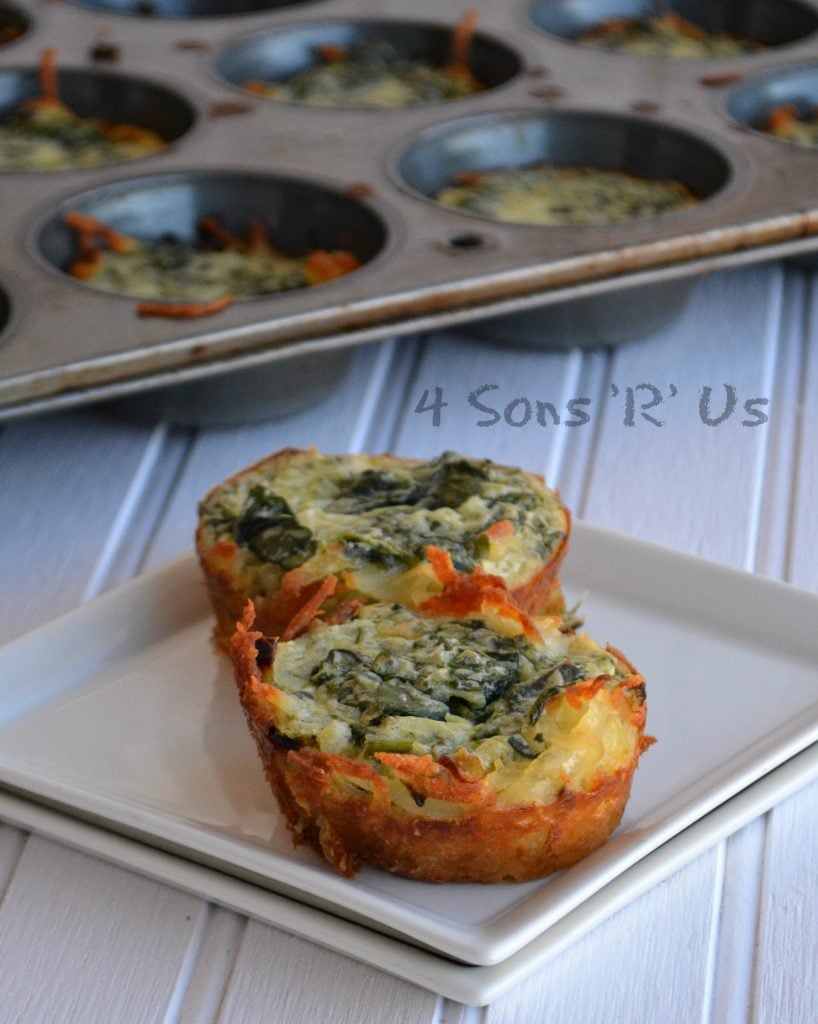 Breakfast in bed though isn’t always a viable option, especially if you’ve got company coming or your own mother to shower with love and affection on Sunday.
We’ll leave the creative, easy access, fun food ideas to the kids for crumbs and kisses in bed on Mom’s special morning.
Here’s some more grown-up breakfast finger food that’s the kind of indulgent I’m overly fond of.
Creamy goat cheese stirred together with herbed Boursin cheese is studded with baby spinach before being cooked into crispy seasoned hashbrown nests/cups. Every bite’s a mouthful of rich crisp & creamy breakfast flavor.
Make it ahead of time for a less stressful brunch, or serve it as a side to a nice steak dinner or even as a side to a thick slice of rotisserie or grilled chicken.
There’s nothing I like more than a recipe that’s tastes as good as it is versatile.
If you’ve tried this SPINACH & HERBED GOAT CHEESE HASHBROWN NESTS, or any other recipe on my site, let me know in the comment section how it turned out, we love hearing from our readers! You can also follow along with me on PINTEREST, FACEBOOK, and INSTAGRAM to see more amazing recipes and whatever else we’ve got going on!

For The Hashbrown Nest Cup

For The Herbed Cheese Filling